Cytron Maker Feather AIoT S3 is an ESP32-S3 board compatible with the Adafruit Feather form factor and suitable for makers and STEM education with features like LEDs for GPIOs, a buzzer, expansion headers and connectors, and support for CircuitPython & Arduino.

The WiFi and Bluetooth LE IoT board also supports LiPo and Li-Ion batteries, includes a USB Type-C port for power/charging and programming, and a few buttons. It’s suitable for machine learning thanks to the vector extensions found in the ESP32-S3 microcontroller. 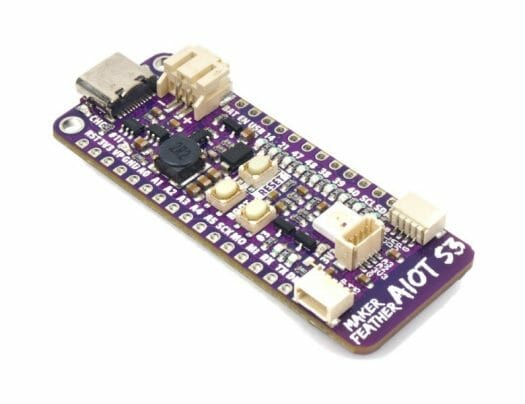 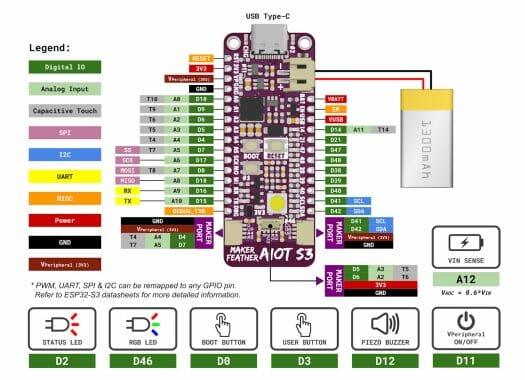 The Reset button can be used to reset the ESP32-S3 processor or enter UF2 Bootloader mode when pressing twice, while the BOOT button provides access to the ROM Bootloader to use with esptool. Cytron says the board supports Arduino, CircuitPython, MicroPython & the Espressif ESP-IDF framework, but CircuitPython looks to be the primary firmware with a detailed tutorial and a download link on the official website. The board was also added to the Arduino core for the ESP32 a few months ago, and a tutorial with a few Arduino sketches is also available.

The feather-compatible ESP32-S3 board ships with three Grove to JST-SH (Qwiic / STEMMA QT) cables, and is sold for $19.95 without headers and $21.20 with headers not including shipping and potential taxes. 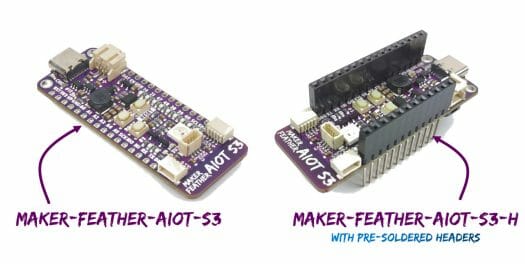 Wait, feathers are still a thing? I thought that Sparkfun has abandoned them.

Yes, these don’t seem to have to anything too do with Sparkfun.

Feather is an Adafruit thing and they still make lots. Sparkfun made a few Feather-sized boards but then switched to yet another format.

Meanwhile, why do we need another Feather format ESP32-S3 board? There are a bunch of those already and this one doesn’t seem to bring any interesting new features.

Adafruit Feather boards are great. Nicely engineered, reliable and well supported. I’ll gladly pay twice as much for half or fewer time wasting problems. If I was using hundreds or thousands I’d make my own.