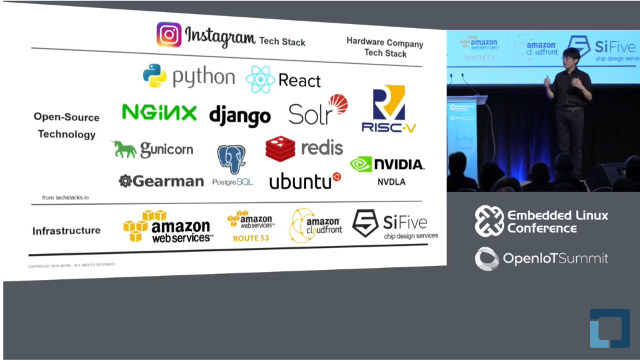 The Embedded Linux Conference and OpenIoT Summit 2018 have just started, and the Linux Foundation has already uploaded a few keynote videos to YouTube, including the one by Yunsup Lee, Co-Founder and CTO, SiFive, entitled “Designing the Next Billion Chips: How RISC-V is Revolutionizing Hardware”. Yunsup explains the current problem with chip development, and go through the open source RISC-V solutions offered by Sifive. Currently design a chip has a high upfront (NRE = non-recurring engineering) costs, is time-consuming (1.5 to 2 years at least) and silicon vendors normally target high volume production, but now many applications like IoT or machine learning require custom chips that may not be (yet) manufactured in such high volume. The solution is to adapt some idea from open source software to open source hardware in order to lower the costs, enable fast prototyping, and involve the community of designers and software developers. He took Instagram as an example, as it sold for $1 billion […] 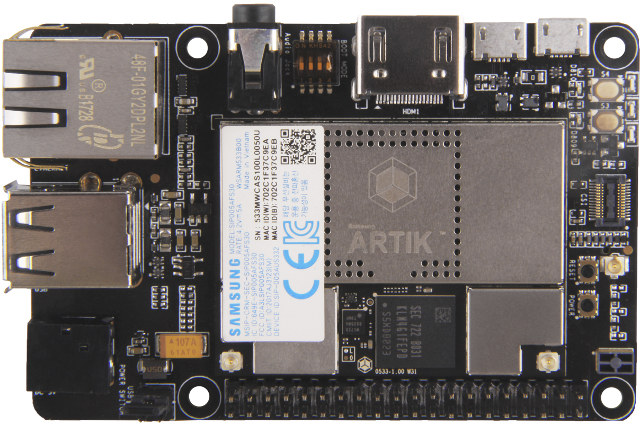 Samsung Artik 530 is a module designed for the Internet of Things based on a quad core Arm Cortex A9 processor, and supporting Ethernet, dual band WiFi, Bluetooth 4.2, and 802.15.4/Zigbee/Thread connectivity, as well as exposing display and camera interfaces, and of course various I/Os. The module was launched about one year ago with a developer kit that cost $189 and up, but Samsung has now worked with Seeed Studio to launch a cheaper developer board – called Eagleye – based on the secure version of the module (Artik 530s) and mostly following Raspberry Pi form factor in order to take advantage of its hardware ecosystem. Eagleye 530s board specifications: SoC – Unnamed quad core Arm Cortex A9 processor @ 1.2GHz with 3D graphics accelerator System Memory – 1GB DDR3 Storage – 4GB eMMC flash, SD card slot Connectivity 802.11a/b/g/n dual band SISO (2.4G/5G)  Bluetooth 4.2(BLE+Classic) Zigbee/Thread 802.15.4 Gigabit Ethernet port (RJ45) Video Output – HDMI port Audio – 1x […] 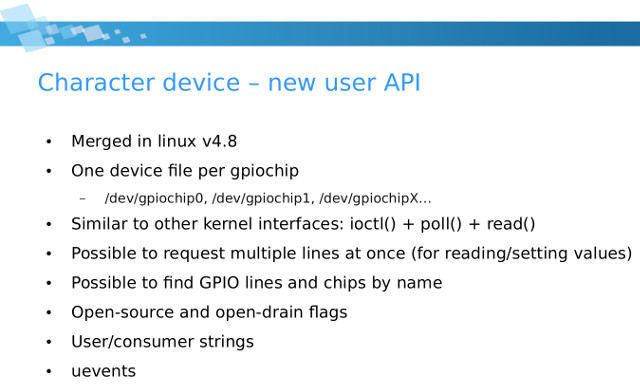 Sysfs was used to control GPIOs on Linux system with the GPIOs defined in /sys/class/gpio, but starting with Linux 4.8, a new GPIO interface for user space was introduced, with gpiochip becoming char devices foudn in /dev/gpiochip0, dev/gpiochip1, etc.. , and sysfs allegedly become deprecated. But a quick check in NanoPi Duo with Linux 4.11 shows both GPIO user space interfaces appear to be enabled: Nevertheless overtime, sysfs will die out, and the new subsystem will likely be used by all systems, so it might be useful to learn more about it. One way to do that is to watch Bartosz Golaszewski’s ELCE 2017 talk entitled “New GPIO Interface for User Space” with the video embedded below. But I first I’ll summarize some of the key points. Now GPIO handling from user space becomes similar to other char driver with ioctl, poll and read functions, and beside assigning numbers to GPIOs you can assign names. The API (in linux/gpio.h) provides […] 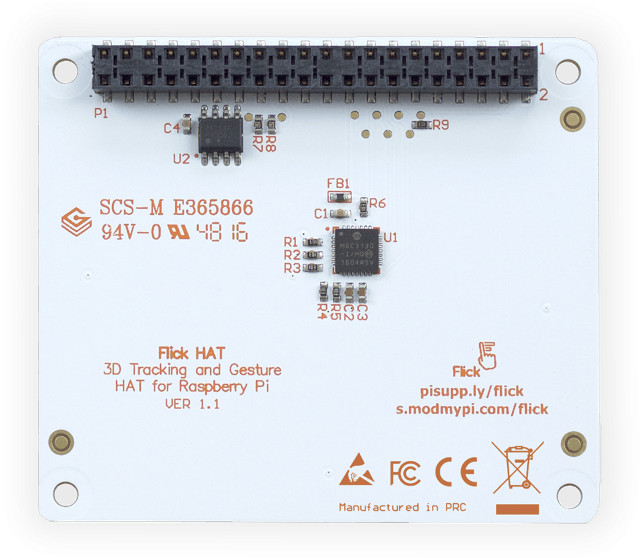 Way back in 2012, I wrote about Microchip MGC3130 3D Gesture Controller with “GestIC technology” which allows you to make gesture up to 15cm from the surface and at lower power in order to control devices in a new way. At the time, the chip was said to sell for $2.26 in large quantities, and the evaluation kits went for $169 and up. I’m writing about MGC3130 about 5 years later, as Seeed Studio has started taking pre-orders for a $25.89 Flick HAT board based on the solution, and designed for Raspberry Pi boards, or other boards with a compatible 40-pin “GPIO” header featuring an I2C interface. Flick HAT 3D Tracking & Gesture HAT specifications & features: Chip – Microchip MGC3130 3D Tracking and Gesture Controller Tracking / Gesture Features 3D tracking Gesture sensing up to 15cm: Swipe (east to west, west to east, north to south, south to north), tap and double tap (center, east, west, north, south), airwheel […] 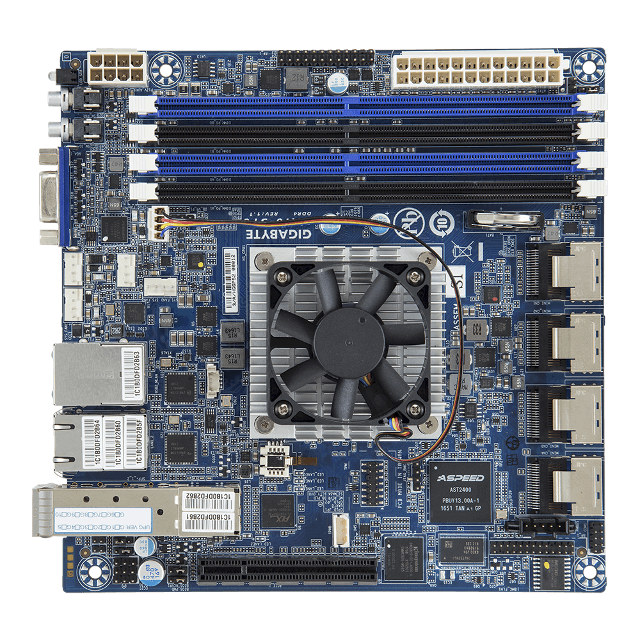 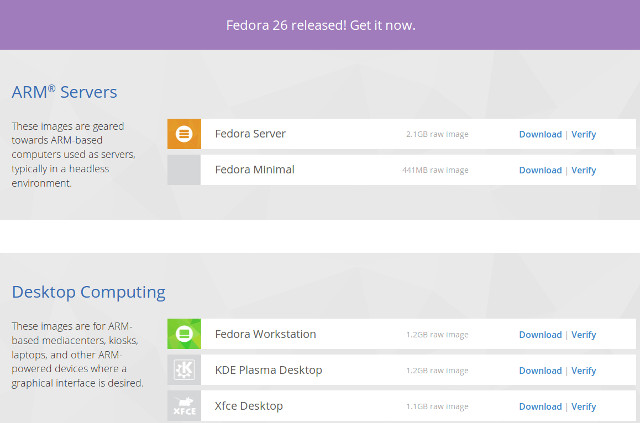 The decision to use device tree in Linux occurred several years ago, after Linus Torvalds complained that Linux on ARM was a mess, with the ultimate goal of providing a unified ARM kernel for all hardware. Most machine specific board files in arch/arm/mach-xxx/ are now gone from the Linux kernel, being replaced by device tree files, and in many case you simply need to replace the DTB (Device Tree Binary) file from an operating system to run on different hardware platforms. However, this is not always that easy as U-boot still often differ between boards / devices, so it’s quite frequent to distribute different firmware / OS images per board. Fedora has taken another approach, as the developers are instead distributing a single Fedora 26 OS ARMv7 image, together with an installation script. Images for 64-bit ARM (Aarch64) are a little different since they are designed for SBSA compliant servers, so a single image will work on any server leveraging UEFI […] 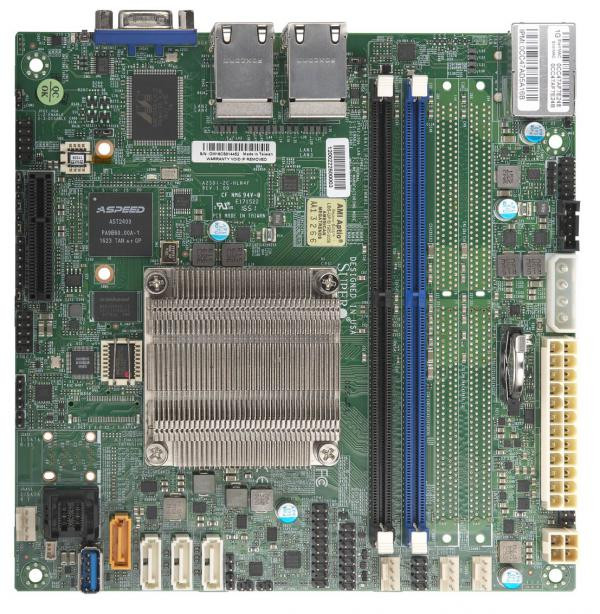 Almost exactly one year ago, I wrote about Intel Atom C3000 Series “Denverton”  processor based on the same Goldmont architecture used in Apollo Lake processor, and used in an early GIGABYTE MA10-ST0 server motherboard prototype. The latter is not out yet, but according to a YouTube video, the 16-core motherboard should be launched in H2 2017. In the meantime, Supermicro also made their own Denverton motherboard based on a lower-end Atom C3338 dual core processor. Supermicro A2SDi-2C-HLN4F board specifications: Processor – Intel Atom C3338 dual core Denverton processor @ 1.50 / 2.20 GHz with 4 MB  cache; 9W TDP System Memory Up to 64GB Register DIMM RDIMM and DDR4-1866MHz Up to 32GB Unbuffered ECC/non-ECC UDIMM, DDR4-1866MHz, in 2 DIMM slots Storage – 4x SATA 3 ports, but up to 8x SATA 3 (6 Gbps) ports are configurable; N.B.: total combined PCI-E lanes and SATA ports is up to 8 Connectivity – 4x GbE Ethernet via Intel C3000 SoC USB – […] 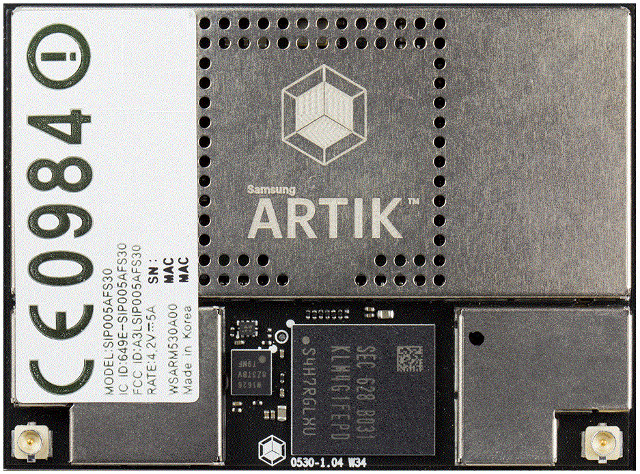