AllWinner was very successful with their AllWinner A10 single-core processor in 2012, but in 2013, they’ve been somewhat overtaken by Rockchip with dual and quad-core SoCs. Nevertheless, AllWinner is lucky to have one of the most active and dedicated developer’s communities for Chinese SoCs, and they should be followed closely especially with regards to Linux support.

In 2012, due to the Raspberry Pi delays, I bought a Mele A1000 to hack on ARM platforms at home and wrote some instructions to run Linux on the platform. These may be somewhat dated, but should still be relevant.

Linaro has some tools to generate images for their ARM platform involving rootfs (root file systems), and hardware packs that are comprised of platform-specific binaries. I did something similar with AllWinner A10 to make it easier to create a bootable Ubuntu image. I also created a script to build nightly images for AllWinner devices, but this is more for reference, as the builds are now broken. An initramfs is a minimal root file system that is loaded at an early stage of the boot process before the rootfs partition is mounted. This is optional but is now used by many Linux distributions such as Ubuntu in order to speed up boot time, so I’ve explained how to make an initramfs for AllWinner A10 with Linaro 12.07. Many people wanted to run a Linux server in Mele A1000, so I just did that with an Ubuntu 12.04 ARMHF image. But now, I would recommend to go directly to linux-sunxi website to get the most up-to-date instructions for AllWinner development, including for the newer dual and quad, and upcoming octa-core processors.

One of my readers built Linux drivers for AllWinner in order to add joystick support, and he was kind enough to provide the instructions showing how to so.

The Cubieboard was the fist development / hobbyist board designed around AllWinner A10, and the company was kind enough to send me one for evaluation, and I wrote a getting started guide that is still one of the most popular post on CNX Software as now (Dec 2013). Other tutorials include how to use Libhybris on the Cuebieboard, not really necessary but it could be useful to get familiar with libhybris, and some instruction showing how to build a NAS with the Cubieboard.

This year (2013), I did not get AllWinner A20 or A31 based devices, apart from CS868 mini PC based on AllWinner A31, so there was obviously how-to posts about these new platforms, and I believe I actually only wrote one post explaining how to upgrade firmware on AllWinner A31 devices.

If you know other how-tos or tutorials worth mentioning, let me know in the comments, or via the Contact Us form. 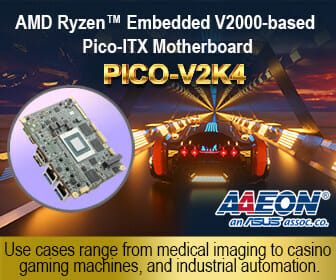 Hi I have recently purchased a Justop Quadro (Android TV Box) in the UK. It is rooted but no (traditional) recovery is installed or installable. From About Device: Model: Q1-Q Android: 4.2.2 Baseband: 1.0rc3 Kernel: 3.3.0 [email protected] #18 Build: A054-Q1-A31S ROOT XBMC 20131128 There is an Update app which appears to allow Online or Local update Opening this app reveals mostly Chinese with a smattering of ‘Homlet’ It seems to be instructions for updating the firmware, with: 1. OTA 2. Recovery being in English, but that is all. Selecting the Online option starts to check but returns ‘Unknown error’. I… Read more »