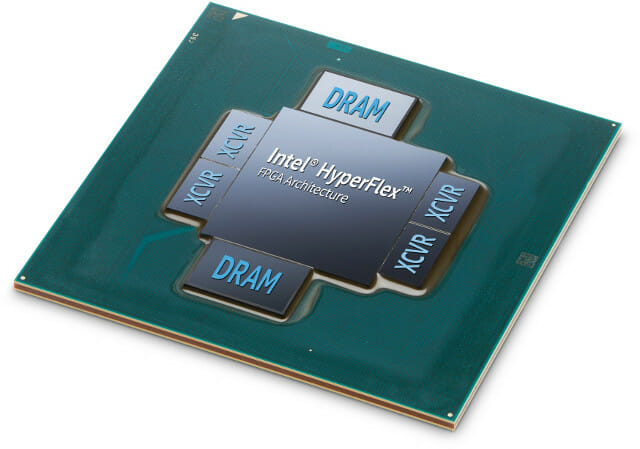 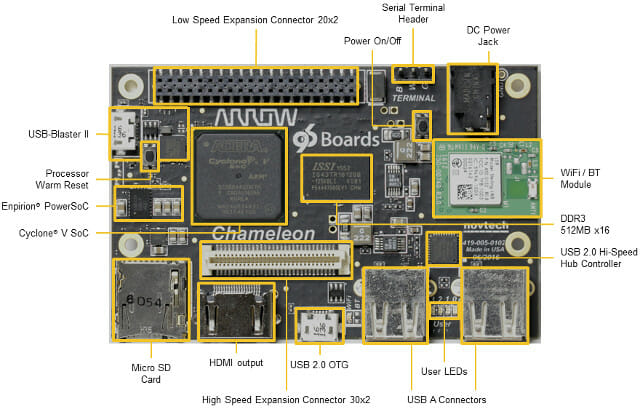 Embedded World 2017 will start in about one week, and take place in March 14 – 16 in Nuremberg, Germany, so we can expect interesting embedded news coming soon. Arrow has written a blog post with plans to announce three 96Boards at the event: Meerkat based on NXP i.MX 7Dual, Chameleon96 based on Intel/Altera Cyclone V FPGA + ARM SoC, and Systart Oxalis 96Boards EE board powered by NXP LS1020A single core ARM Cortex A53 SoC. I’ll start with Chameleon (Chameleon96) today, as it’s the first with FPGA fabric, and I could find some technical details and photos about the board. Chameleon96 board specifications: SoC – Intel PSG / Altera Cyclone V SE 5CSEBA6U19I7N with a dual core ARM Cortex A9 processor @ up to 800 MHz and FPGA fabric with 110K Logic Elements Chips, Ports and Features connected to FPGA: Integrated USB-Blaster II JTAG cable Configuration sources: SD Card, […] 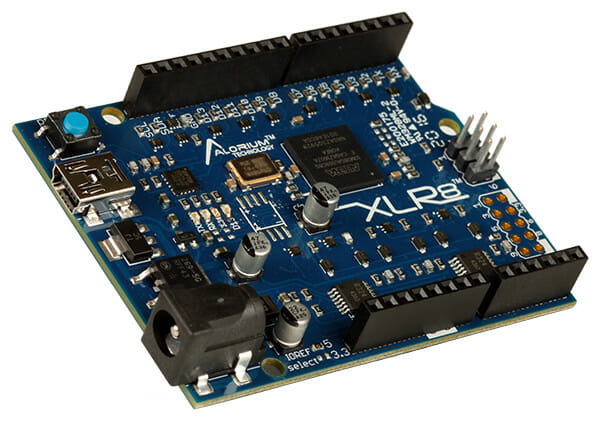 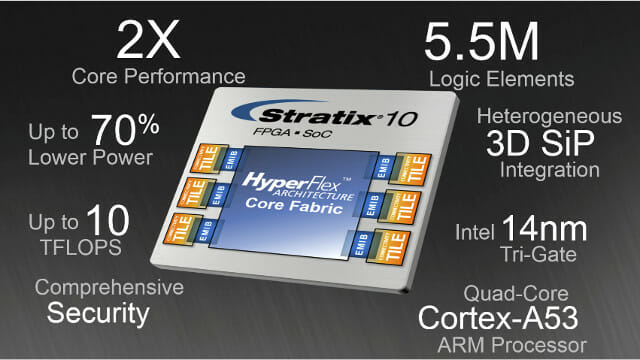 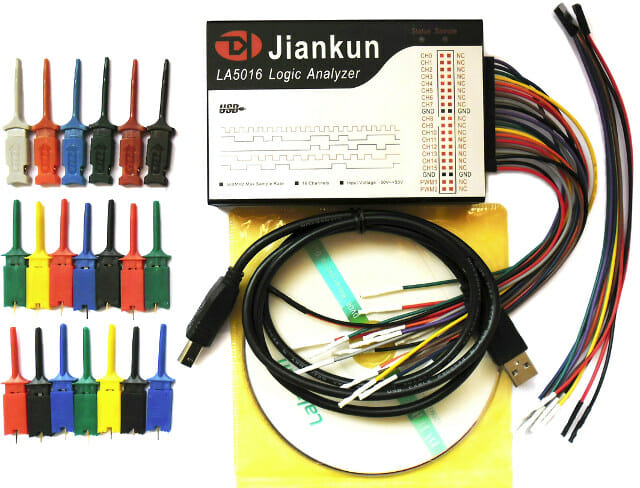 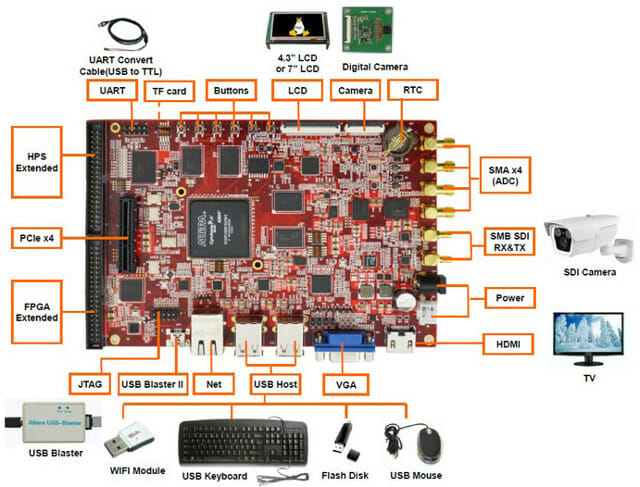 Lots of electronics devices are now powered by open source software such as Linux, open source hardware is not as wide-spread, but gaining tracking traction thanks to the like of Arduino, Beagleboard.org, Olimex, and many  projects on crowdfunding websites, and now we even start seeing some open source silicon. Existing open source processors include LEON3 (SparkV8) MCU, OpenRisc, and just very recently, LowRISC, based on 64-bit RISC-V instruction set architecture, has been announced with the backing of some of Raspberry Pi co-founders, Google ATAP, etc… and is currently being developed at the University of Cambridge, UK. Parallax Propeller 1 P8X32A is another MCU which has been open sourced last week.   Propeller 1 P8X32A had however been released in April 2006, and can be sourced as a 40-pin DIP chip for prototyping, and 44-pin QFP and QFN for production, and come with the following key features: Power Requirements: 3.3 VDC […]