ARM Mali GPU drivers includes both open source kernel drivers, and binary userspace drivers supporting framebuffer and/ior X11 implementation. The former is rarely an issue and is quickly released, but the latter requires porting and testing for a specific hardware platform, as well legal work, which greatly delay the releases. Mali-T880 GPU was announced at the beginning of the month together with ARM Cortex A72, and on February 17, 2015, ARM released an update to their Mali-T600 series, Mali-T700 series & Mali-T860/T880 GPU kernel device drivers with revision r5p1-00rel0 that adds supports to Mali-T860 and Mali-T880 GPU. These open source drivers are available for Android and Linux, and also support early Mali-T700 and T600 GPUs. Separately, the company has also released Mali-T76X GPU drivers for Firefly board powered by Rockchip RK3288 quad core Cortex A17 processor featuring a Mali-T764 GPU. The first release only supports the framebuffer driver, but ARM […] 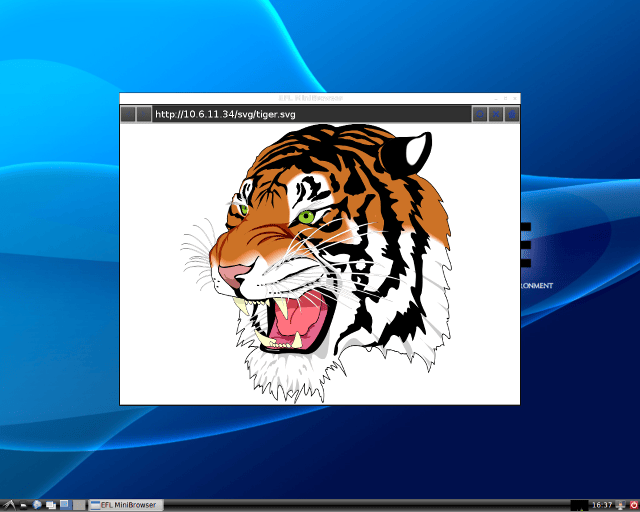 ARM, Szeged University in Hungary, and Samsung Research UK have been working on TyGL, a new backend for WebKit accelerated with OpenGL ES2.0, and developed and tested on ARM Mali-T628 GPU found in Samsung ARM Chromebook. It will typically provide 1.5 to 4.5 times higher performance, but in the best cases, it can achieve up to eleven times the performance of a CPU-only rendered page. The key features of TyGL include: Web rendering accelerated by GPU – Batching of draw calls delivers better results on GPUs. TyGL groups commands together to avoid frequent state changes while calling the Graphics Context API. Automatic shader generation – TyGL generates complex shaders from multiple shader fragments, and ensures the batches fit into the shader cache of the GPU. Trapezoid based path rendering – Work in progress. It will leverage GPU capabilities such as the Pixel Local Storage extension for OpenGL ES. No software […]

Linaro 14.09 has just been released with Linux kernel 3.17-rc4 (baseline), Linux 3.10.54 & 3.14.19 (LSK), and Android 4.4.2 & 4.4.4. Linaro has kept working on their member boards such as IFC6410 (Qualcomm), D01 (Huawei/Hisilicon), Ardnale (Samsung), and Juno (ARM). They’ve also announced they’ll change the tools to build GCC by using cbuild2 instead of cbuild1 for next release, and they’ve enabled a build with gcov (for code coverage analysis) which may mean they’ll work on reducing the kernel size by getting rid off unused code. I’ve also noticed the Arndale and Arndale Octa Ubuntu images are now based on Linux LSK with Mali GPU support since last month. Here are the highlights of this release: Linux Linaro 3.17-rc4-2014.09 GATOR version 5.19 updated topic from Qualcomm LT (ifc6410 board support) and HiSilicon LT updated Versatile Express ARM64 support (FVP Base and Foundation models, Juno) from ARM LT. updated Versatile Express […]

Linaro 14.07 has just been released with Linux Kernel 3.16-rc6 (baseline), Linux Kernel 3.10.50 (LSK), and Android 4.4.4. This month, Linaro has continued development on Juno 64-bit ARM development board, as well as other member boards from Broadcom (Capri), Qualcomm (IFC6410), Hisilicon D01, Samsung (Arndale / Arndale Octa), etc.. Android have been upgraded to version 4.4.4 with images released for Pandaboard, Arndale, Nexus 10, and Nexus 7, built with Linaro GCC 4.9. Here are the highlights of this release: Linux Linaro 3.16-rc6-2014.07 released GATOR version 5.18 (same version as in 2014.04) updated basic Capri board support from Broadcom LT. Good progress in upstreaming the code: now the topic has 21 patch on top of v3.16-rc4 vs 53 patches on top of v3.15 in 2014.06 cycle removed cortex-strings-arm64 topic as the code is accepted into the mainline new topic from Qualcomm LT to add IFC6410 board support updated Versatile Express ARM64 […]

Linaro 14.04 has been released with Linux Kernel 3.14 (baseline), Linux Kernel 3.10.37 (LSK), and Android 4.4.2. More work has been done on ARMv8 support, and big.LITTLE for both the Linux kernel and Android, as well as work on member hardware platforms such as Origen, Arndale, Arndale Octa, Broadcom Capri, and Hisilicon D01 boards. GCC 4.8-2014.04 Linaro is said to include performance improvements. Linaro Android engineering builds for Nexus 7 and Nexus 10 have been setup, but I can’t quite find the images. They’ve also added the BeagleBone Black to member builds. Here are the highlights of this release: Linaro Stable Kernel (LSK) 3.10.37-2014.04 Updates to Android support (from Google and Linaro) Added Big endian for ARMv7 and ARMv8 Thermal framework DT support Huge pages and transparent huge pages for ARMv8 Tagged pointers for ARMv8 Non-coherent DMA for ARMv8 Other Features big.LITTLE support – ARM MP patch set, IKS (ARMv7 […]

Linaro 14.02 has just been released with Linux Kernel 3.14-rc3 (baseline), Linux Kernel 3.10.30 (LSK), and Android 4.4.2 r2. There are been a lot of patches for Linaro members boards, and including the latest GTS big.LITTLE processing patch, as well as speeds up to Android 4.4 performance. There’s also a Linux image (password protected) for Huawei D01 board with a 16-core ARM Cortex A15 @ 1.5 GHz SoC with up to 64 GB memory, that must be an unannounced SoC for base stations or other network equipment.  This month Linaro also made two important announcements: Qualcomm is now a Linaro member, and the Linaro Security Working Group (SWG) has been setup to develop open source secure software for the ARM architecture. The first projects will be reference implementations of the W3C Embedded Media Extension (EME), and secure boot for the 64-bit ARM Cortex-A series processors. They’ll also work on security […]

The first release of the year, Linaro 14.01, is now out with Linux Kernel 3.13 (baseline), Linux Kernel 3.10.28 (LSK), Android 4.4.2, and Ubuntu Linaro 14.01. The most important part of this release is support for Arndale Octa, which makes big.LITTLE processing code available to a low cost platform. Android 4.4.x is now on par with Android 4.3 in terms of support. Linaro has also decided to provide quarterly stable released with GCC, and Linaro GCC 4.7-2014.01 is the first quarterly stable release with the next one planned with Linaro 14.04. Here are the highlights of this release: Linaro Stable Kernel (LSK) 3.10.28-2014.01 with latest version of GTS patch set for big.LITTLE, and Android support Linux Linaro 3.13-2014.01: gator version 5.17 updated linaro-android-3.13-merge topic by John Stultz, the “Revert “PM / Sleep: Require CAP_BLOCK_SUSPEND to use wake_lock/wake_unlock” patch included uprobes v4 updated big-LITTLE-pmu topic from ARM Landing Team (LT) updated […]