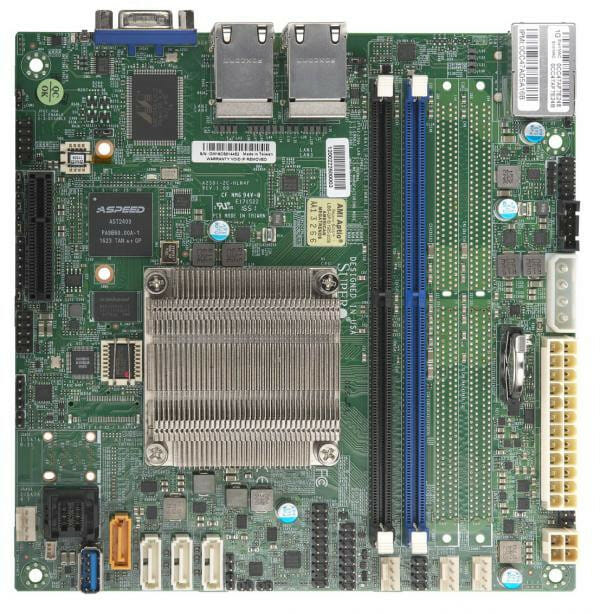 Almost exactly one year ago, I wrote about Intel Atom C3000 Series “Denverton”  processor based on the same Goldmont architecture used in Apollo Lake processor, and used in an early GIGABYTE MA10-ST0 server motherboard prototype. The latter is not out yet, but according to a YouTube video, the 16-core motherboard should be launched in H2 2017. In the meantime, Supermicro also made their own Denverton motherboard based on a lower-end Atom C3338 dual core processor. Supermicro A2SDi-2C-HLN4F board specifications: Processor – Intel Atom C3338 dual core Denverton processor @ 1.50 / 2.20 GHz with 4 MB  cache; 9W TDP System Memory Up to 64GB Register DIMM RDIMM and DDR4-1866MHz Up to 32GB Unbuffered ECC/non-ECC UDIMM, DDR4-1866MHz, in 2 DIMM slots Storage – 4x SATA 3 ports, but up to 8x SATA 3 (6 Gbps) ports are configurable; N.B.: total combined PCI-E lanes and SATA ports is up to 8 Connectivity […] 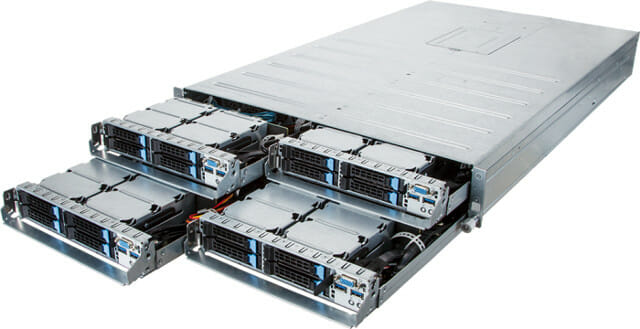 ARM servers have been around for a while, but usually it’s pretty hard to buy for individuals, and developer’s boards such as LeMaker Cello are never in stock, probably because the project has been canceled or suffered from further delays. However, if you have some uses for ARM servers and the cash that goes with it, Avantek Computer (UK) is selling some ARM based servers starting from an 1U Rack with a quad core Annapurna Alpine AL5140 processor up to Avantek H270-T70 with a 2U rack equipped with multiple Cavium ThunderX SoCs providing 384 ARMv8 cores to play with. Avantek H270-T70 server key features and specifications: SoCs – 8x Cavium ThunderX CN8890 processors with 48 custom ARMv8 cores each System Memory – 64x DDR4 ECC slots for up to 8TB memory Storage – 16x 2.5” hot-swappable HDD/SSD bays Connectivity – 8x 40GbE QSFP+ fiber ports (Cortina CS4343 controllers) Power Supply – […] 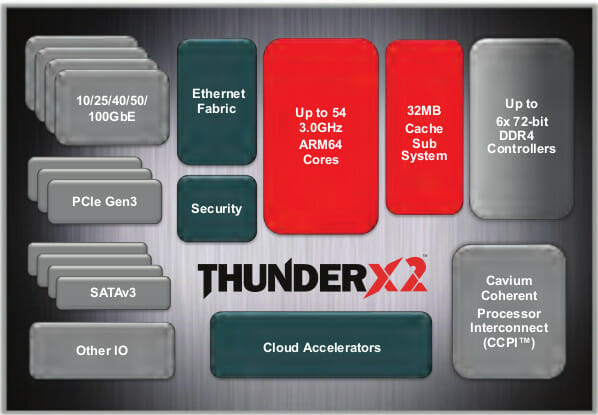 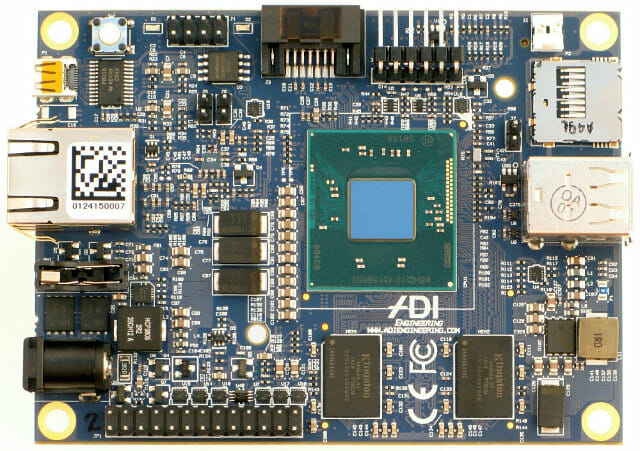 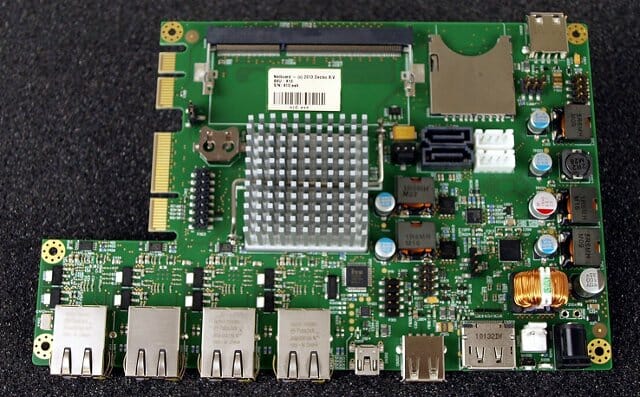 AMD announced the G-Series SoC, AFAIK the first x86 SoC including CPU, GPU and chipset (ala ARM), at the end of April, and a few products are already available such as Win Enterprises MB-60830. One of those new SoCs, GX-416RA, is especially designed for headless applications, and does not features GPU. Deciso decided to use this processor in the standard version of their Netboard A10, a single board computer that can be used for network based appliances such as IP-PBX, Firewall & UTM or Load Balancer. The company also provides 2 other versions of the board that includes AMD G-Series SoCs with Radeon GPU. Netboard A10 Specifications: SoC: AMD Embedded GX-416RA G-Series SoC (4x 1.65GHz Jaguar cores, 2MB L2 cache, 15W TDP, no GPU) Option 1: AMD Embedded GX-415GA G-Series SoC (4 x 1.5GHz Jaguar cores, 2MB L2 cache, 15W TDP, Radeon HD 8330E GPU) Option 2: AMD Embedded GX-210HA […]