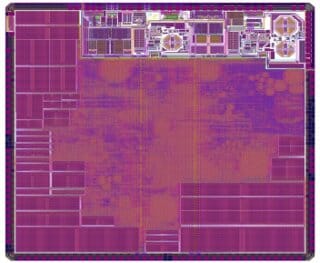 The Weightless Standard aims at using the “white space” spectrum, previously used by analog TV broadcasts, for free M2M / IoT communication coupled with low power and cost-efficient hardware offering a range of over 10 km. Longer term the target is to reach $2 hardware cost, and $2 yearly servicing costs. Companies involved with Weightless include Neul, ARM, CSR and Freescale among others. You can read my previous post about Weightless for a longer overview. The Weightless Special Interest Group (SIG) has recently revealed the hardware roadmap for the new standard, which I’ll summarize below. Weightless Chip Neul Iceni, the first weightless silicon, was officially announced in February 2013. The latest version of the chip taped in May 2013 integrates UHF radio operating between 410 and 790 MHz supporting both TV white space and narrowband operation. It is suitable for low volume production applications. A third generation will be taped […]

The Weightless Special Interest Group (SIG) has recently announced the world’s first transceiver chip using the Weightless Specification and operating over white space spectrum. Neul Iceni chipset makes use of the entire TV white space spectrum to provide low power connectivity for M2M and IoT applications using the Weightless Standard. Weightless Standard Overview Since this is the first time I write about the Weightless standard, let’s see what it is and what will be used for. There has been a lot of talk about the Internet of Things (IoT) and machine to machine communication (M2M), but one of the limiting factor is currently the cost of technology (and networks?) to provide communication. That is where “white space” spectrum comes into play. A large spectrum was used by analog TV channels, and since many countries have now switched to digital TV, part of this spectrum is unallocated (hence the name “white […]