The Weightless Standard aims at using the “white space” spectrum, previously used by analog TV broadcasts, for free M2M / IoT communication coupled with low power and cost-efficient hardware offering a range of over 10 km. Longer term the target is to reach $2 hardware cost, and $2 yearly servicing costs. Companies involved with Weightless include Neul, ARM, CSR and Freescale among others. You can read my previous post about Weightless for a longer overview.

The Weightless Special Interest Group (SIG) has recently revealed the hardware roadmap for the new standard, which I’ll summarize below. 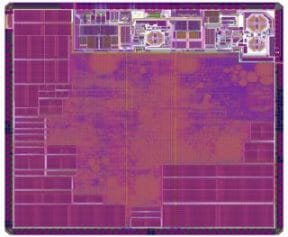 Neul Iceni, the first weightless silicon, was officially announced in February 2013. The latest version of the chip taped in May 2013 integrates UHF radio operating between 410 and 790 MHz supporting both TV white space and narrowband operation. It is suitable for low volume production applications. A third generation will be taped this month, with a UHF radio supporting the 169 to 876 MHz spectrum, that the chip is expected to ship on modules in commercial volume in Q2 2014. 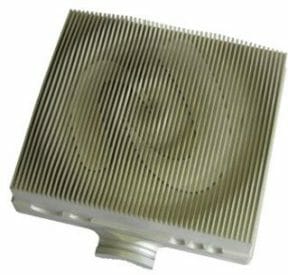 The first base stations will be based on NeulNET 2510, and support a panel Omni/Sectorised antenna, a power over Ethernet supply and an Ethernet connection to backhaul. NeulNET 2510 will initially support a TV white space downlink in the 470 to 790 MHz spectrum with a narrowband uplink in the 410 to 790 MHz range. Weightless firmware will be written in Java, and software will run on Linux. The BTS will be made available to early access customers in Q1 2014, before pre-commercial availability starts in Q2 2014. BTS leases will only cost a few “tens of dollars” per month, and the lease costs are expected to fall significantly in future generations.

There are not many details about the Weightless development kits, but we do know several Weightless SDKs will be announced. The first SDKs will be based on a Neul module and will be available to early access customers from Q1 2014 with general release in Q2 2014.

The UK and the USA will be the first two countries with Weightless network deployments, that are expected to  take place in Q2 2014. Trial networks using NeulNET CDP (Connected Device Platforms) will initially be used, but migration to pre-commercial networks should occur in Q2 2014. Further networks deployed by Neul will follow alongside networks operated by other vendors.

So that means it should be possible to start “playing” with Weightless sometimes in Q2 2014, or Q3 2014, as the 5 hardware components listed above should all become available, at least in parts of the UK and the US.