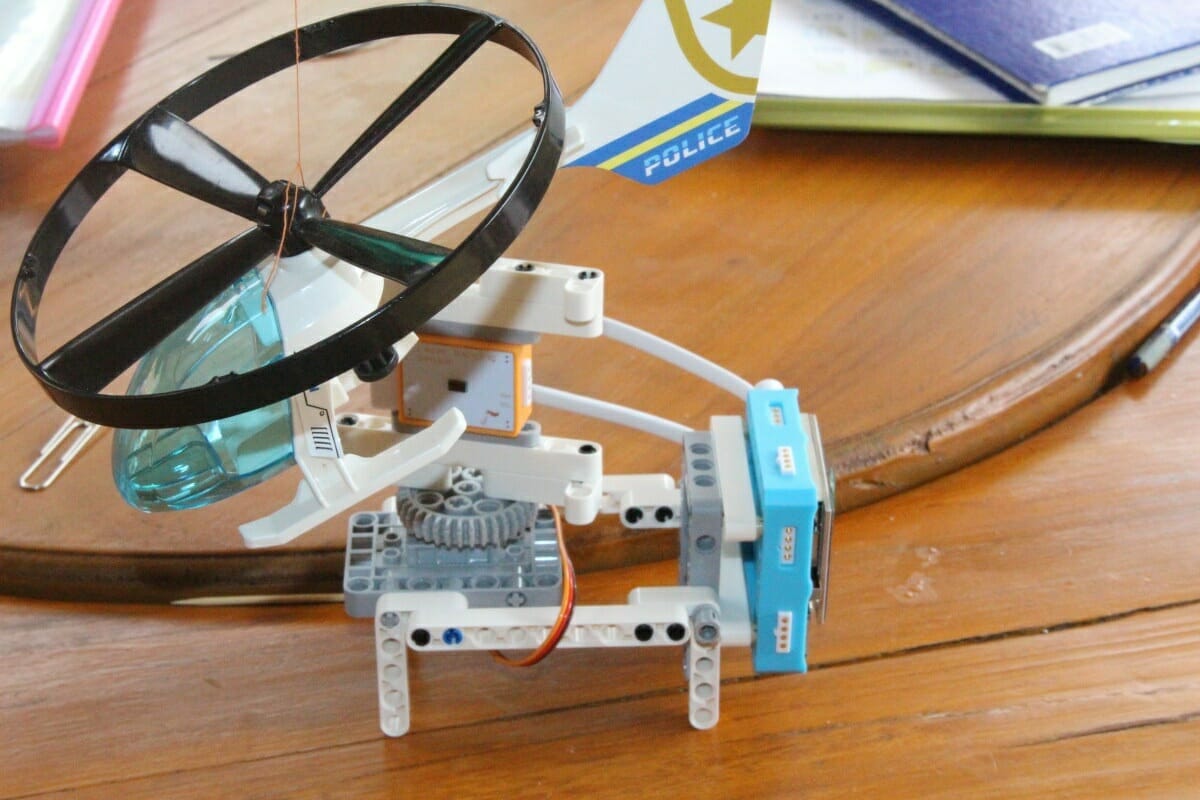 I started Crowbits Master Kit review last month by checking out the content, user manual, and some of the possible projects for the ESP32 educational kit including a 2G phone and a portable game console. For the second part of the review, I’ll go through one of the lessons in detail, namely the intrusion scanner to show the whole process and how well (or not) it works. Let’s go to Lesson 5 directly, although I’d recommend going through the first lessons that provide details about the hardware and visual programming basics using Letscode program, which is basically a custom version of Scratch for Crowbits The user manual introduces the project, explains it is to detect intruders, and lists the learning goals as we’ll learn how to control the servo and play music on the Crowbits kit. Kit Assembly But first, we’ll have some assembly to do, in a similar way […] 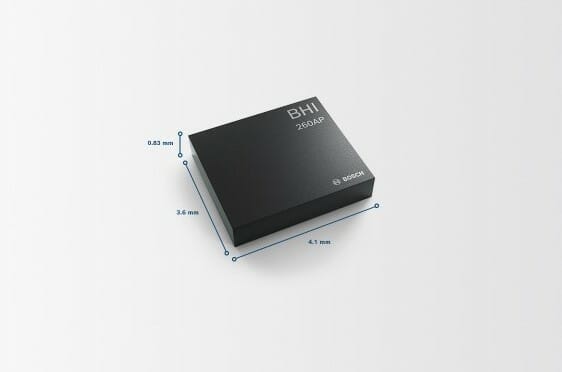 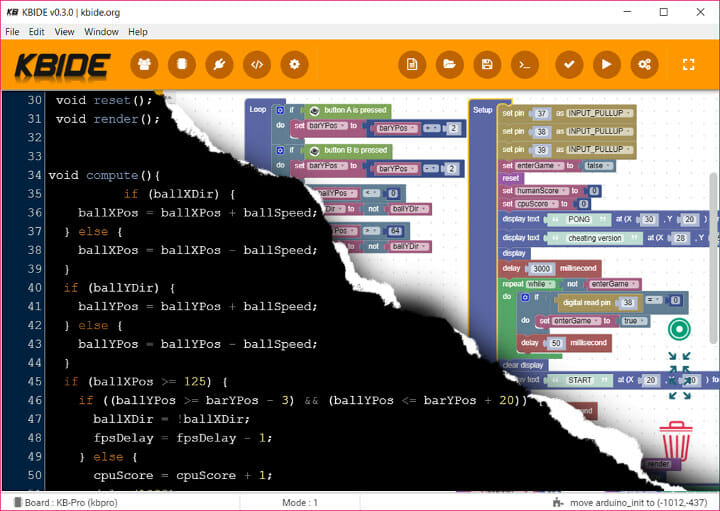 We’ve previously written about MakerAsia when covering their KBX Extension case for Kidbright ESP32 educational board. The company has now launched a new product, but it’s not an hardware platform, and instead KB-IDE is an open IDE (Integrated Development Environment) ESP32 boards. The IDE is suitable whatever your level from kids getting started with supports visual programming, to Arduino programming, and even the official Espressif ESP-IDF framework for more experienced makers. The IDE comes with with a Board Manager, a Plugins System and works with any Arduino Library out of the box. Made with Vue.js framework, KB-IDE is open source with the code available on Github.  You can install a binary release, or build it from source for Windows, Linux, or Mac OS. Since it’s open source, it’s also expandable so makers can customize it, for instance by adding new architectures (AVR and ARM are already planned), new boards,  creating […] 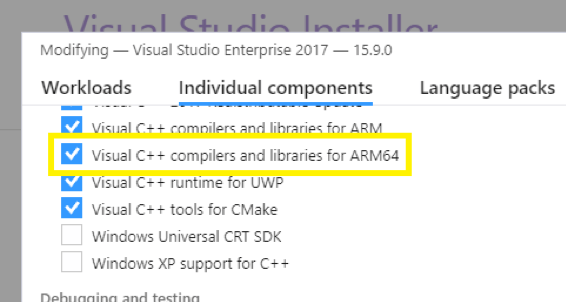 The first “proper” Windows Arm laptops became available earlier this year, but they disappointed most people due to their high price and relatively poor performance. They only really make sense for people who need LTE connectivity and very long battery life (over 20 hours). Price will likely stay elevated for the foreseeable future, but at least performance will increase thanks to faster processors such as Qualcomm Snapdragon 850 processor found in Lenovo Yoga C630 WOS Laptop ($849.99 and up once available), and the rumored sm8180 laptop processor that may be, or not, announced on December 4-6 during Snapdragon Tech Summit. Hardware is one thing, but software is also important. As far as I understand, while UWP (Universal Windows Platform) apps already supported native 32-ARM compilation , legacy Win32 apps relied on x86 “emulation” / binary translation, which may slowdown performance. But Windows users may also get some software optimization soon, […] 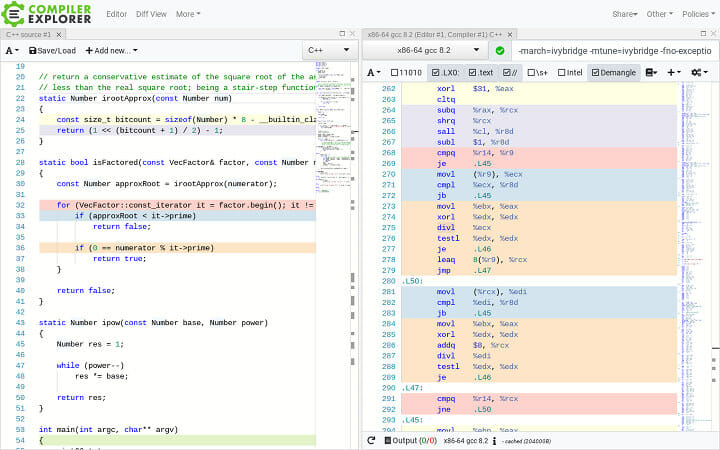 CNXSoft: Another guest post by blu where he looks at how a small piece of code involving divisions behaves on different architectures. Once upon a time (i.e. the other week) I was giving tips to my 5th-grader how to efficiently compute least common multiples, when it struck me I could do better ‒ I could write a prime factorizer that could be useful to the elementary-school-goers in this house, as well as to the people checking the formers’ homeworks. Moreover, a naive prime factorizer could show kids how computers would carry out algorithms taught in class. There was also a bit of curiosity involved ‒ last time I wrote a prime factorizer I was in high school, and the language was Applesoft BASIC, so 30 years later, armed with a modern C++ arsenal and a supercomputer (by late ‘80s standards), I wondered what one might come up with today, approaching […] 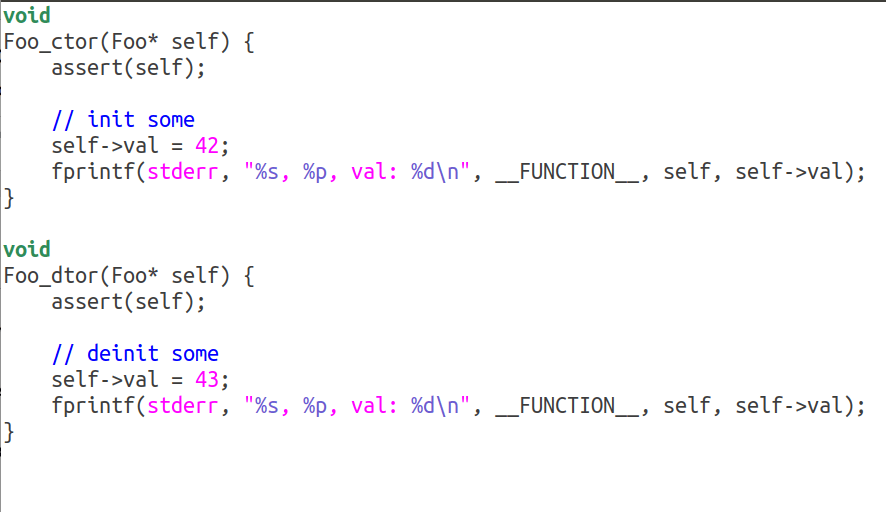 CNXSoft: This is another guest by Blu, this time about C programming, and specifically destructors in C programming language If you asked seasoned C++ developers what their favorite features in the C++ language might be, chances are that destructors would be on everybody’s shortlist. As many other C++ developers, I too tend to do my occasional share of C, and if there’s one feature I dearly miss in C that is destructors ‒ precisely in their capacity of automating the release of resources at the right moment. But first a disclaimer is in order: many people call simple application of destructors ‘RAII’ ‒ ‘Resource Acquisition Is Initialization’; I find this acronym unnecessarily awkward and obfuscating an otherwise straightforward concept, so you won’t see this acronym through the end of this text. Instead, I’ll be using ‘end-of-scope’ action. Traditionally, in the language of C end-of-scope (more often end-of-function) actions are achieved […] 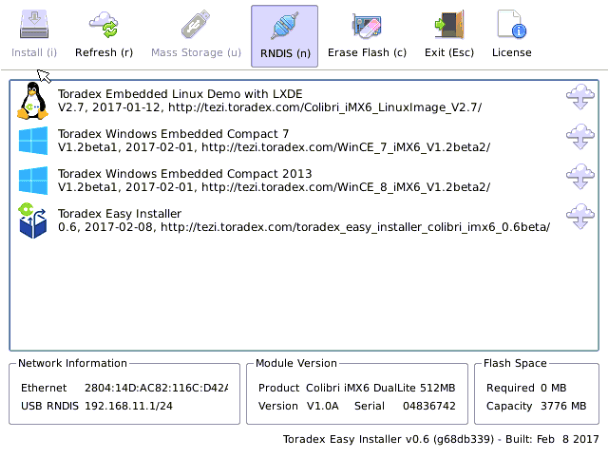 This is a non-sponsored guest post written by Marc Goodner: Principal Program Manager, Microsoft, and Jeremias Cordoba: Innovation Engineer, Toradex. Today many embedded devices run some flavor of Linux as their primary operating system. This poses a challenge to developers who run Windows on their development machine. This article explains a new way to use the latest Visual Studio for C++ development on an embedded Arm Devices from a Windows Host PC using containers for the build environment. The device we are deploying to is from the Toradex Colibri Family of System on Modules using the NXP i.MX 6ULL SoC, which features an Arm Cortex A-7. As a demo project, we will connect a Bluetooth Sensor with the Toradex Colibri Module. Please note that Visual Studio support for this case is in an early state, you will see improvements from Microsoft and Toradex in the coming months. Prerequisites Colibri i.MX 6ULL […]