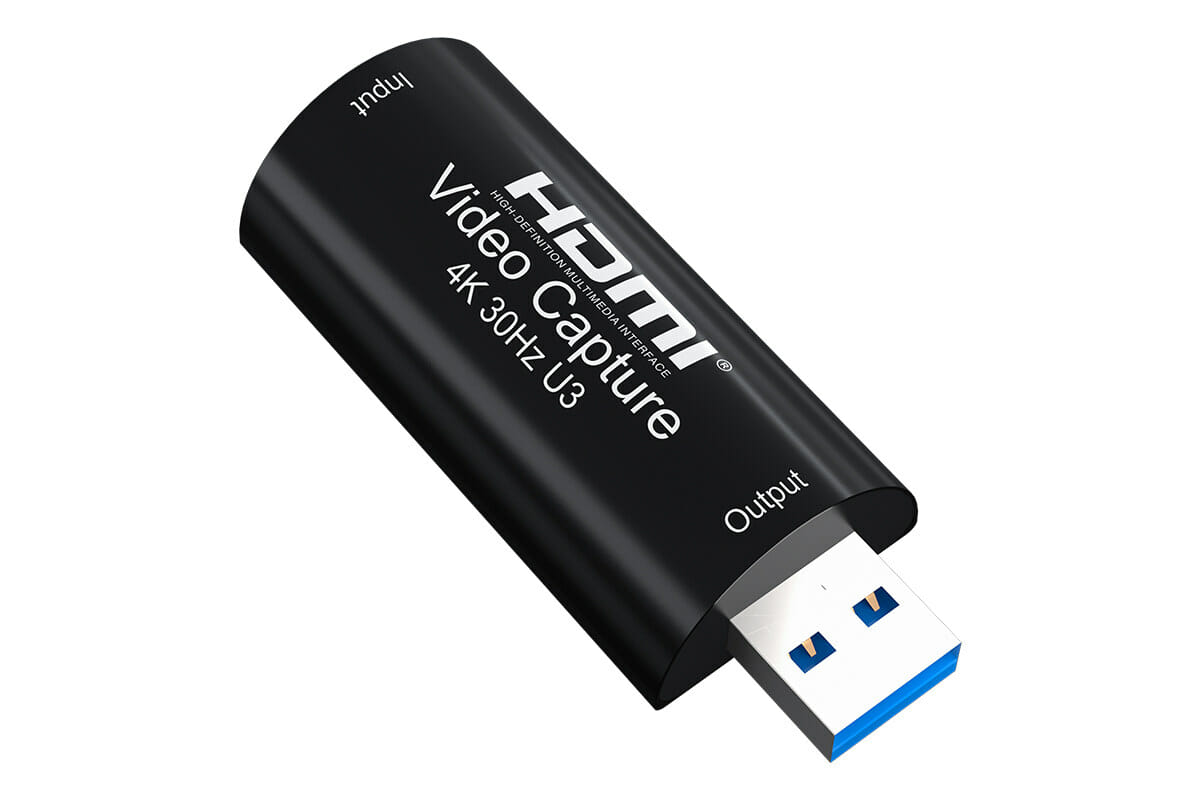 4K HDMI to USB 3.0 dongles based on Macrosilicon MS2130 video and audio acquisition chip are starting to show up on Aliexpress for around $19 with free shipping. We first discovered the MS2130 chip in the YuzukiLOHCC PRO open-source hardware board that claims to have a bills-of-material cost of about $10. But you have to build it and source the components yourself, so it’s not for everyone. Now USB 3.0 adapters capable of recording or streaming up to 1080p60 uncompressed video from an HDMI input up to 4Kp30 are available to anyone with around $20. “Mini U3” HDMI to USB 3.0 video capture dongle specfications: Main chip – MacroSilicon/UltraSemi MS2130 USB 3.2 Gen 1 high-definition video and audio acquisition chip HDMI input up to 4Kp30, 24/30/36-bit depth color Video Output up to 1080p60 in YUV or JPEG output format Audio – L-PCM codec Input cable length – Up to 15 […] 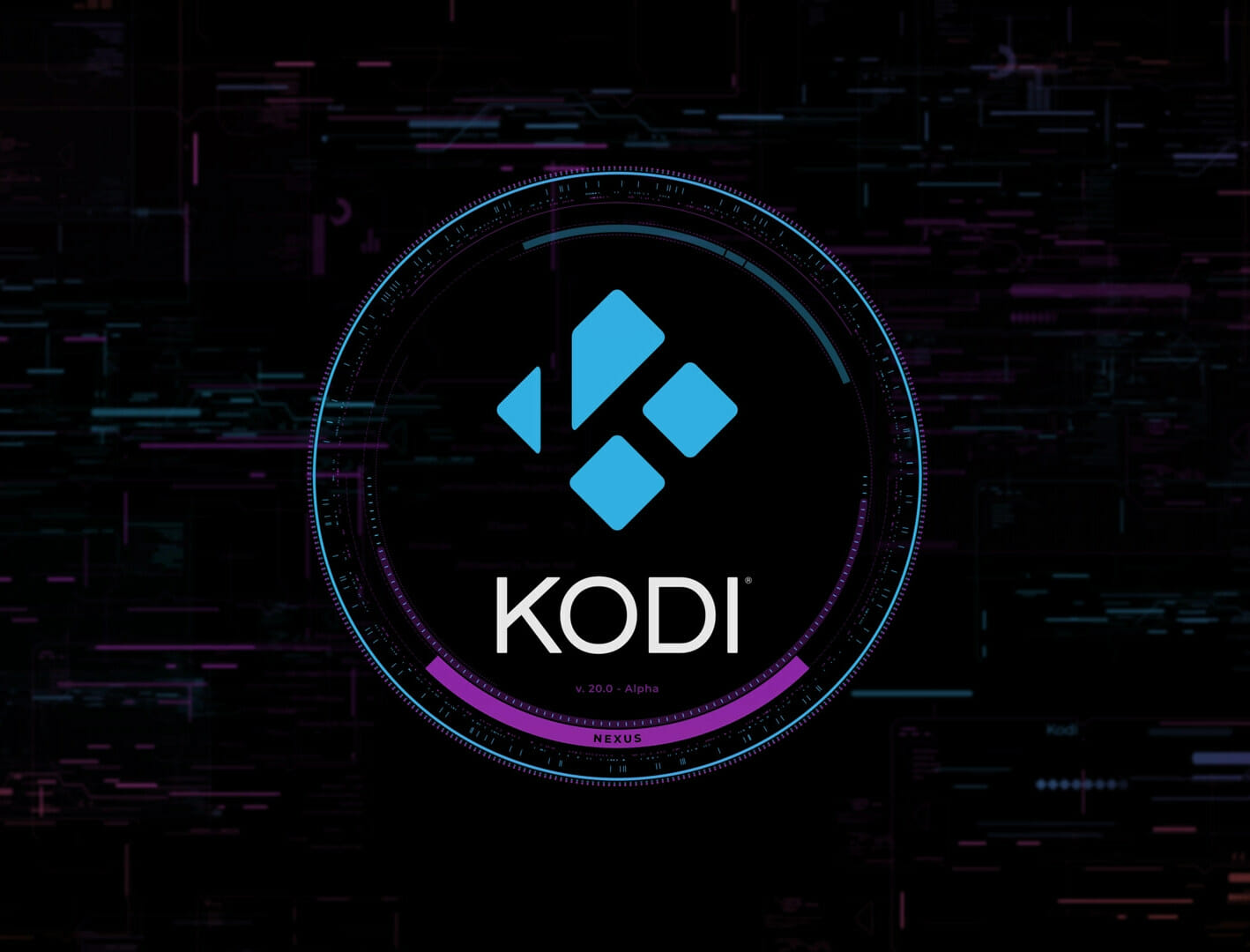 I’ll combine two unrelated short news about software releases for TV boxes, Raspberry Pi, and other SBCs: Kodi 20 “Nexus” Alpha 1 media center, and DietPi 8.5 lightweight Debian-based image for SBC’s. Kodi 20 “Nexus” Alpha 1 The first alpha release of Kodi 20 “Nexus” is out with one highlight being support for AV1 hardware video decoding in Android and x86 (VAAPI) platforms with AV1-capable GPU or VPU. Other notable changes include: FFMPEG upgraded to version 4.4 Plenty of subtitle related changes: Added Steam Deck built-in controller support Initial support for M1 native including native windowing/input handling Pipewire support in Linux Various PVR improvements including in terms of performance when a large number of channels is displayed You’ll find more details in the announcement. The RetroPlayer project based on Kodi, but adding some game-related features, has also released some test images based on Kodi 20. Note that since it’s an […] 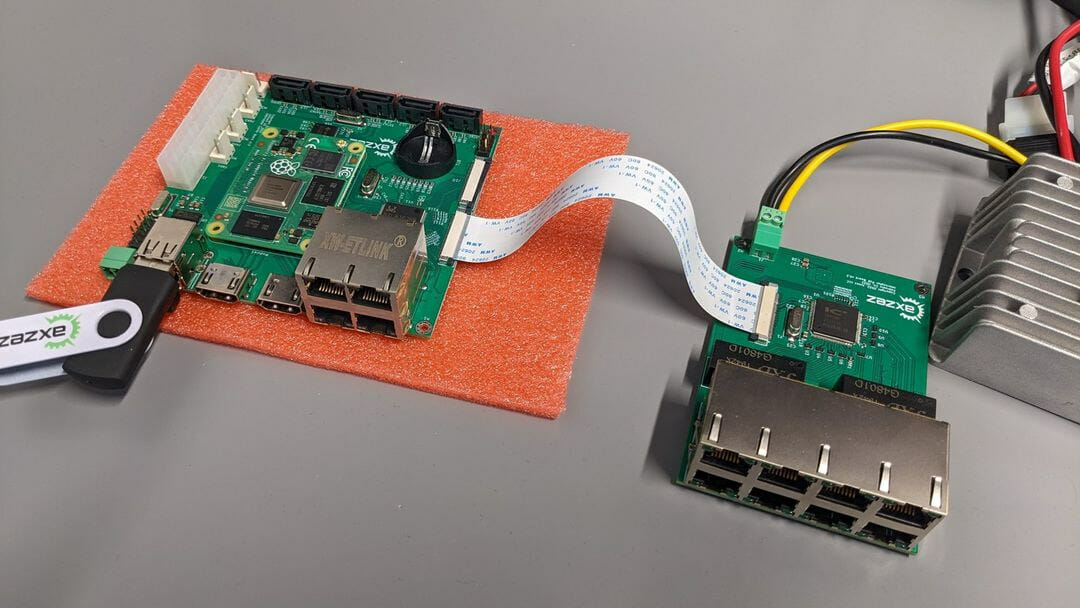 The features-rich Axzez Interceptor carrier board for Raspberry Pi CM4 has gotten the Interceptor PoE board with eight PoE+ ports for connecting up to sixteen PoE IP cameras making it usable as a network video recorder. We first wrote about the Interceptor last January noting its impressive I/O capabilities with five SATA ports, four Gigabit Ethernet, two HDMI ports, RS-485 terminal block, and more. It also had two 40-pin FFC connectors “for future expansion”. Those connectors have now found a “meaning to life” with the Interceptor PoE board, as up to two can be connected to the FFC connectors. Some of the features of the new Interceptor PoE Board include: 8x fast PoE+ ethernet ports IEEE 802.3AF-2003 and 802.3AT-2009 compliance Each port has activity/link and status LEDs Input voltage range – 44-57V Optional 48V power boost that can support up to two Interceptor PoE+ boards (Powered from 12V ATX power […] 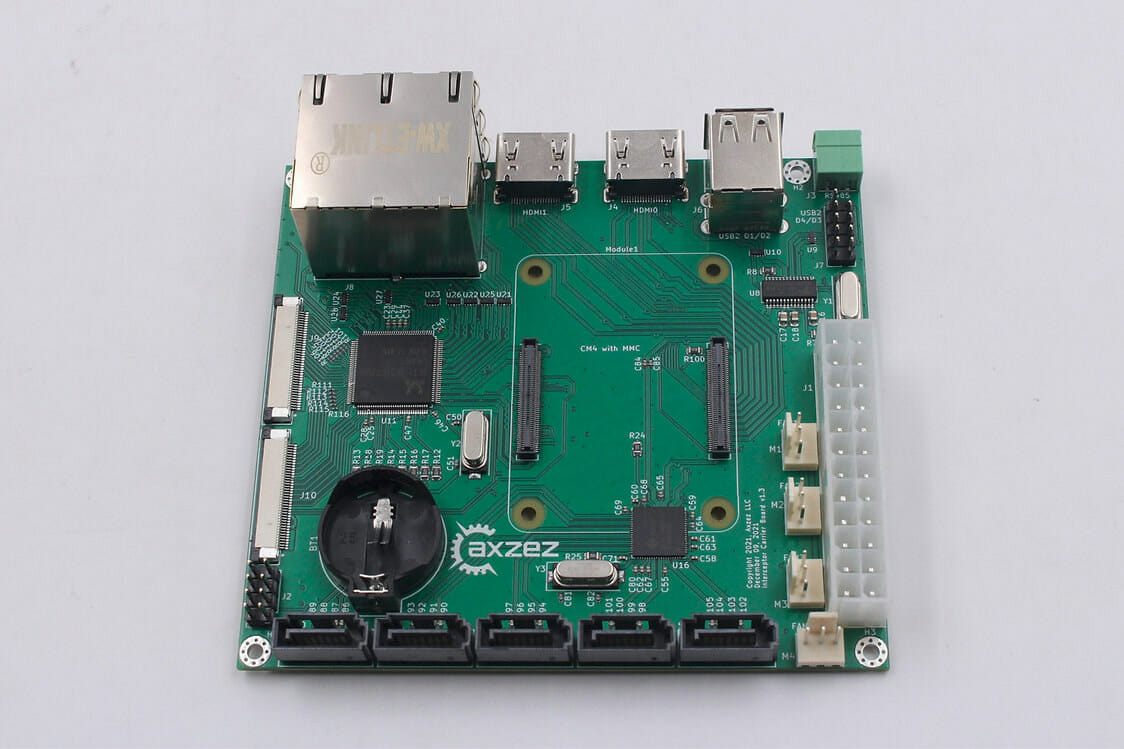 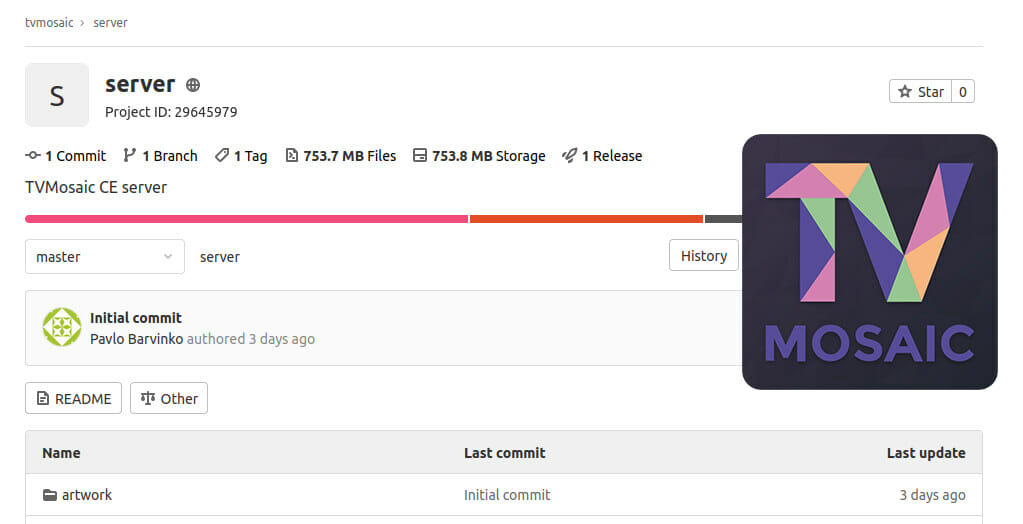 TVMosaic (formerly DVBLink) TV/PVR-server application has been released as a cross-platform open-source software, following the closure of DVBLink business last year. It used to be a commercial solution with support for digital TV tuners, live TV watching, PVR functions, DLNA, and more, and there was also a PVR client for Kodi that was part of the list of support PVR clients like TvHeadEnd. DVBLogic did not release the full source code due to licensing requirements, and instead, released the code for TVMosaic Community Edition (CE) server on Gitlab under an MIT license. Some of the missing features include: The Licensing engine since the server is now open-source DLNA server TVAdvisor electronic program guide (EPG) DVBLogic TVButler USB tuner support except in Windows TVMosaic is a cross-platform solution and is supposed to work on Windows 7  or higher, Ubuntu 16.04 LTS 64-bit or higher, Debian 9.1 64-bit or higher, MacOS, 10.12 […] 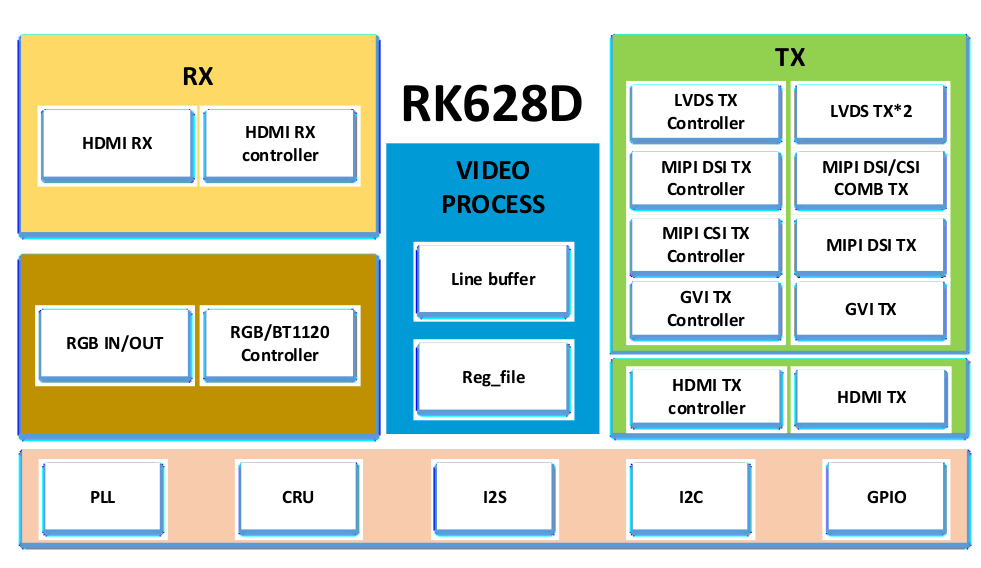 If I’m asked about a Linux or Android platform with HDMI input, I would immediately think about Realtek RTD1295 SoC with products like Zidoo X9S or X2 TV stick which enabled picture-in-picture (PiP), UDP/TCP broadcast of HDMI input, or PVR functions. Some Rockchip boards such as Orange Pi RK3399 SBC do come with both HDMI output and HDMI input, with the latter relying on a Toshiba TC358749XBG HDMI interface bridge IC. But Rockchip has decided to design its own HDMI input chip with Rockchip RK628D supporting HDMI, parallel RGB or BT.1120 as input and dual MIPI, dual LVDS, GVI (general video interface), parallel RGB, or BT.1120 as outputs. The new chip would enable PCB designers to add display output ports to application processors such as RK3288 or RK3399, or add an HDMI input interface. Rockchip RK628D key features and specifications: Video input interfaces HDMI 1.4/2.0 RX interface up to 4Kp60 […] 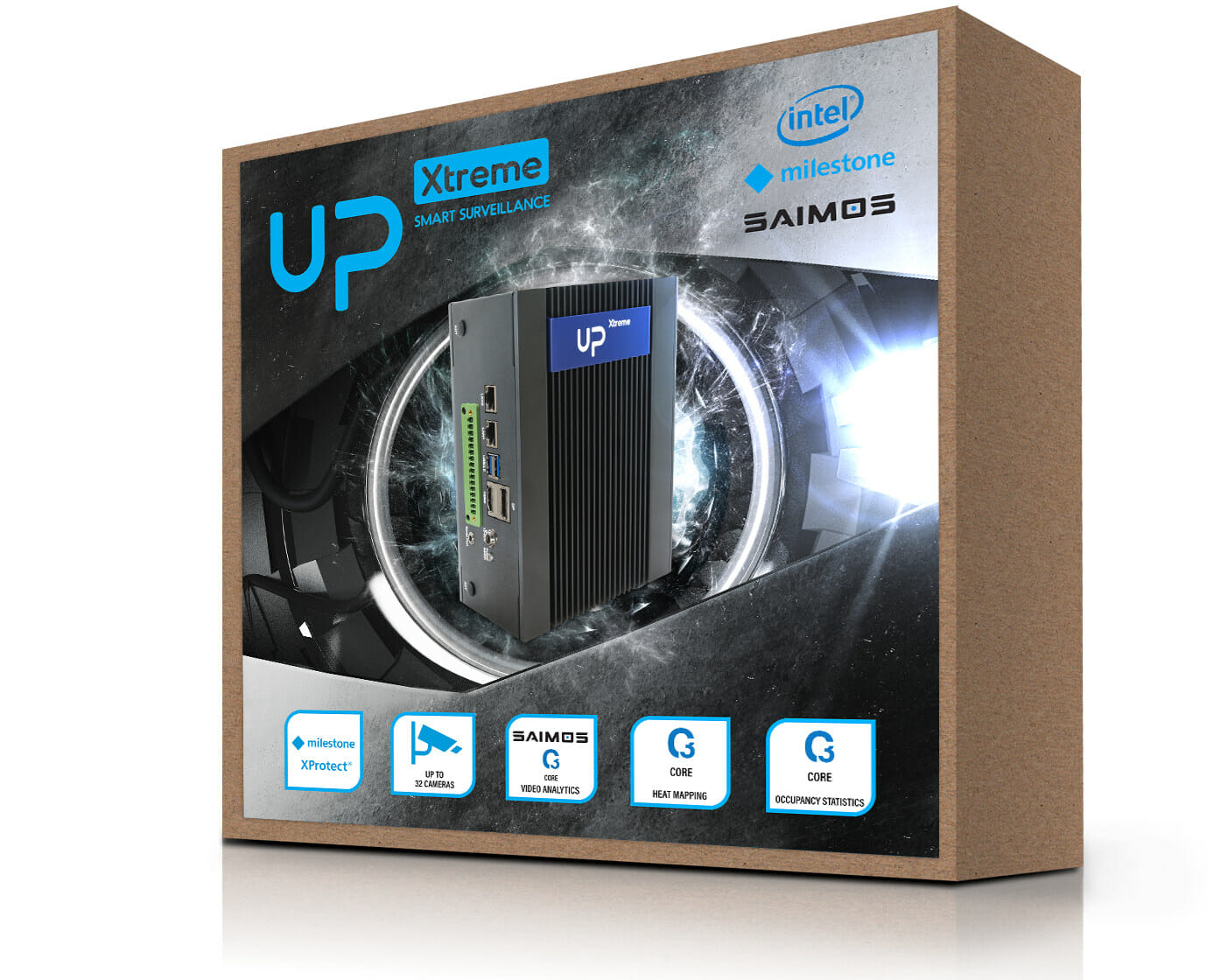 We’re seeing more and more computer vision products with built-in artificial intelligence accelerated features like face recognition or object detection including AI cameras, facial recognition systems, and AI NVR systems. It’s great as a consumer because of less frequent and more accurate alerts in security camera systems but more worrying as a citizen due to mass surveillance. But the trend is here to stay, and AAEON has just announced the UP Xtreme Smart Surveillance solutions powered by UP Extreme Whiskey Lake SBC with either an Intel Core i5-8365UE or Intel Core i7-8665UE processor, as well as two Intel Movidius Myriad X VPUs using OpenVINO SDK. The system also leverages Milestone video management software (VMS) and SAIMOS video analytics software. Based on the photo above, the hardware looks to be UPX-Edge Embedded Computer which we previously covered in details at launch last December. Instead of hardware, the focus of Up Xtreme […] 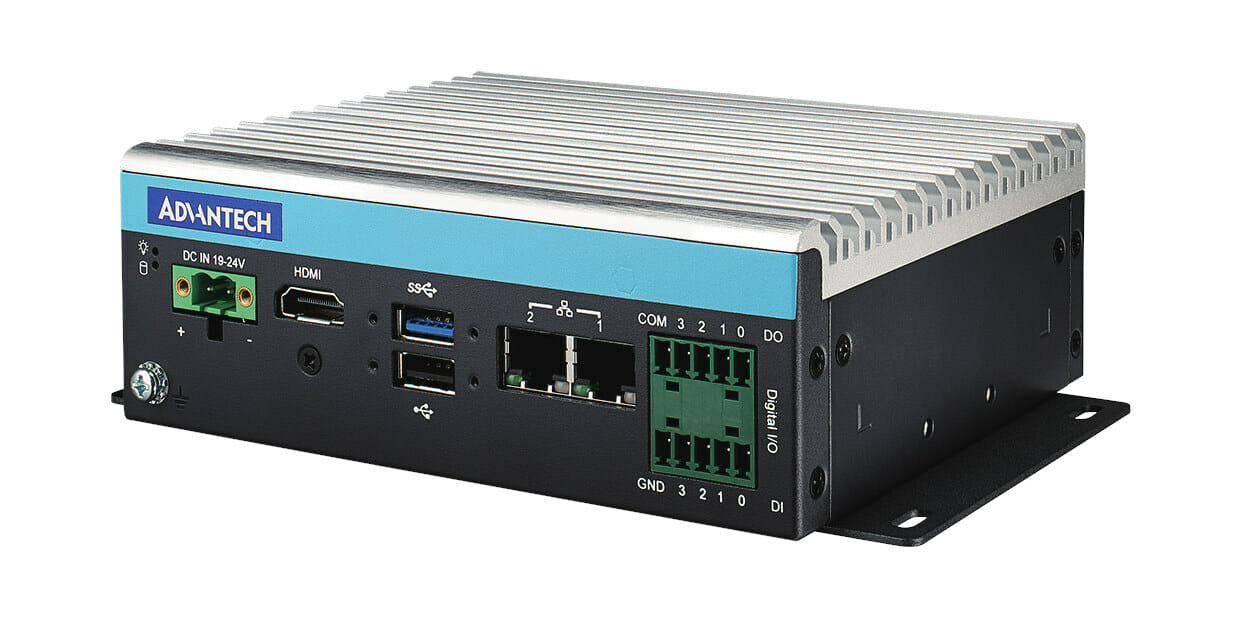