4K HDMI to USB 3.0 dongles based on Macrosilicon MS2130 video and audio acquisition chip are starting to show up on Aliexpress for around $19 with free shipping.

We first discovered the MS2130 chip in the YuzukiLOHCC PRO open-source hardware board that claims to have a bills-of-material cost of about $10. But you have to build it and source the components yourself, so it’s not for everyone. Now USB 3.0 adapters capable of recording or streaming up to 1080p60 uncompressed video from an HDMI input up to 4Kp30 are available to anyone with around $20. 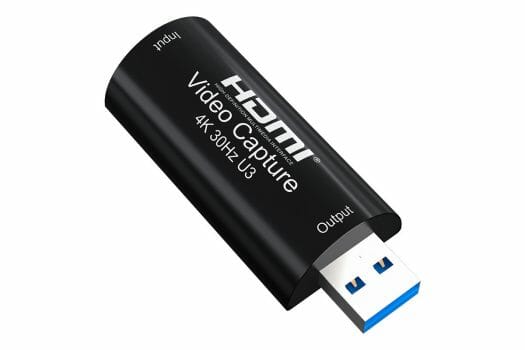 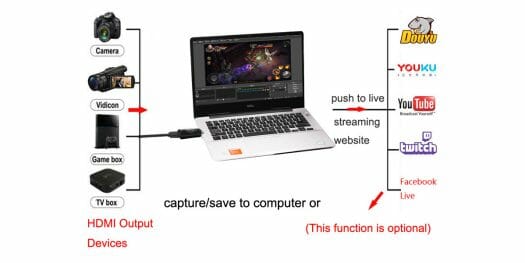 The MS2130 USB dongle does not require an external power supply since taking its power from the USB 3.0 port from the host machine, and since it complies with the USB Video Class (UVC) and USB Audio Class (UAC), it should work with most operating systems including Windows, Android, macOS, Linux and so on, as well as popular software such as VLC, OBS, Amcap, etc…

Despite the company calling it a “4K HDMI to USB 3.0” capture card, it can only record up to 1080p60, and 4K is only for the HDMI input port. It’s still an improvement over the Camlink HDMI to USB 2.0 converter that supported only up to 1080p30 with JPEG compression. A bilingual user manual explains how to use it with OBS Studio and the system requirements:

That seems over the top to capture or stream and maybe those recommendations are for OBS Studio software.

I learned about the video capture dongle via Mateusz Starzak who purchased a sample on Aliexpress and confirmed support for uncompressed YUV @ 1080p60. He also mentioned the latency to be around 6 to 11 frames depending on the resolution with 720p input to 720p output only looking slightly faster than 1080p input to 1080p output.

If I understand correctly the MS2131 is basically the same as MS2130, except it adds HDMI Tx.

Very interesting. AliExpress Singles day is near, it would be a very good new toy to play with.

Appears to be available on Amazon US for $35.

Does anyone know if those dongles have cec control available?

For what use case would be that good for?

Maybe, just maybe: VNC-like control of the connected source. I often use a similar MS usb2 dongle to capture video from an SBC and having HID-like control over HDMI, instead of an extra keyboard, would’ve been awesome.

Now I just gotta wait for the 2140 that doesn’t compress chroma.

A shame that $19 Aliexpress one doesn’t have pass-thru like the Open source model in the previous article.