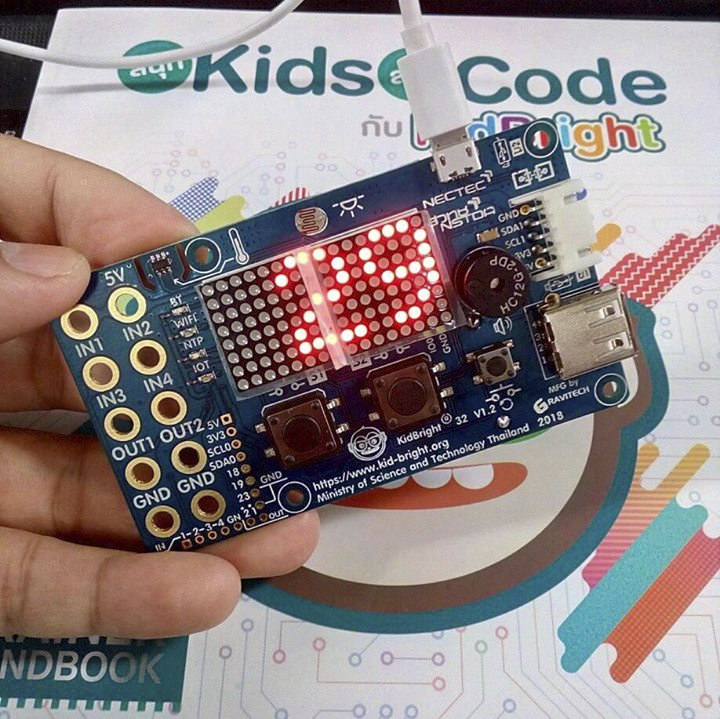 BBC Micro:Bit board was first announced in July 2015. Designed for STEM education, the board was then offered to UK schools in March 2016, and a few months later UK store would start selling it worldwide. It’s now available pretty much anywhere, and you can likely find it in a local store or online. The Thai government must have seen this, and thought to themselves “If the British can do it, we can do it too!”, as the National Electronics and Computer Technology Center (NECTEC) part of Thailand’s Ministry of Science and Technology designed KidBright32 board and courses to teach STEM to Thai students. The board is based on Espressif Systems ESP32-WROOM-32 WiFI and Bluetooth module, and comes with large holes for power (5V/GND) and 6 digital inputs/outputs,  smaller through holes for I2C and more I/Os, as well as an I2C header. We’ll also find some LEDs, two dot matrix LED displays, three buttons, a buzzer, an RTC, a light […] 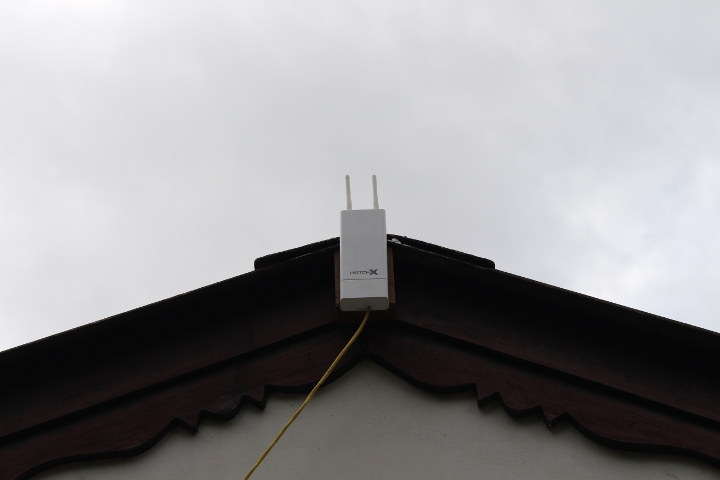 At the end of last year, I received MatchX Matchbox LoRaWAN gateway, but only quickly checked out the hardware, as I was still unclear about regulations in South East Asia, and did not have any nodes to play with. Understanding Regulations and LoRaWAN Frequency Plans Since then, the government published some notifications about the 920-925 MHz band we are supposed to follow here. It’s in Thai language, and I can’t still read/understand it, but I got some translation help, and some key points include: paragraph 5 : for 920-925MHz non-RFID radio equipment (1) max EIRP not more than 4 watts (2) if EIRP < 50mW, no need for any license (3) if EIRP < 500mW, a license is required for importing, selling, and making your own equipment (4), and you must be in accordance with NBTC technical standard. (5) must not interfere with any licensed application. Interfering equipment must be prevented for any usage. I’ve also learned that LoRaWAN defines frequency […]

As I mentioned in my post yesterday I attended a talk about NB-IoT at Chiang Mai Maker Party 4.0 (2017). It was presented by representatives from AIS, a large telco company in Thailand, and I’ll give a summary of what I learned beside that Xiaomi Mi A1 camera is not that good after all, and I should have taken my DSLR camera with me instead. So apologies for the poor quality of some of the photos… The talk started from a higher level, including marketing / business propositions, and has time passed it become more and more technical. The first part of talk was presented by Phuchong Charoensuk, IoT marketing specialist at AIS, and he provided some more details about the company, and their current B2B IoT/M2M market (400,000 subscribers), before providing an overview of IoT, and how NB-IoT will bring in not only larger businesses but also startups and makers. He also went through some of the benefits of […] 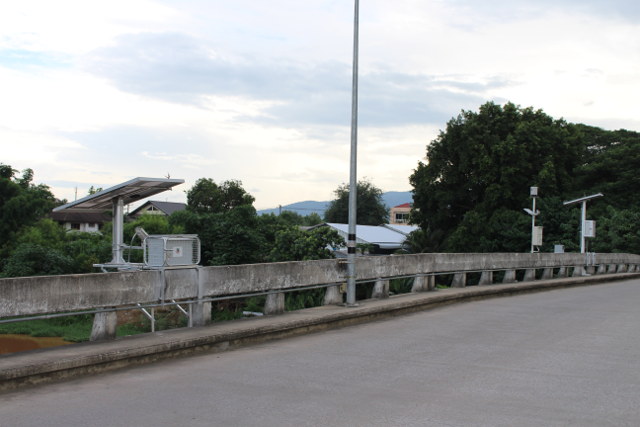 We often drive on a bridge fitted with some solar powered equipment, and recently they added a solar powered camera pointing towards the river, so I became curious and decided it would be fun to have a look, and find out what it was all about. There are now 3 solar powered and connected systems. The first system has a larger solar panel connected to a Bosch camera, and a white box… The sticker on the box gives away the purpose of the system: “National Disaster Warning Center” If we look the other side of the system we’ll see an antenna (for 3G/LTE?) as well as a light pointing down to a scale to measure the water level… Probably not the most cost effective way of checking out the level, but it works, and they should have a live feed in case something goes very wrong, and it might be able to measure other characteristics like water velocity. The system […] 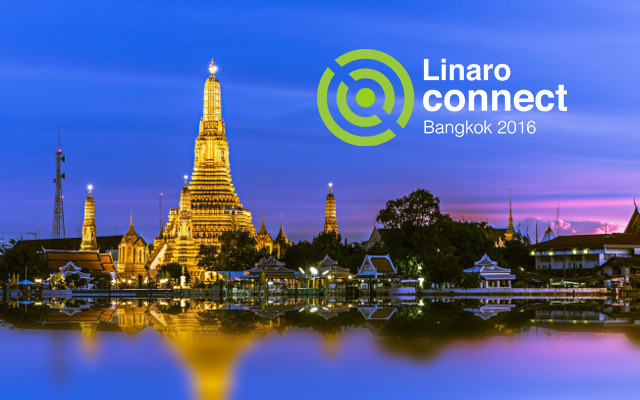 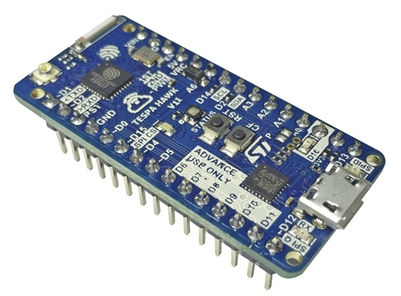 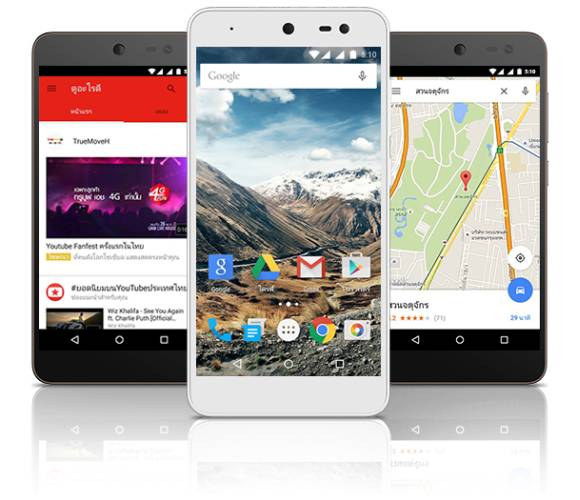 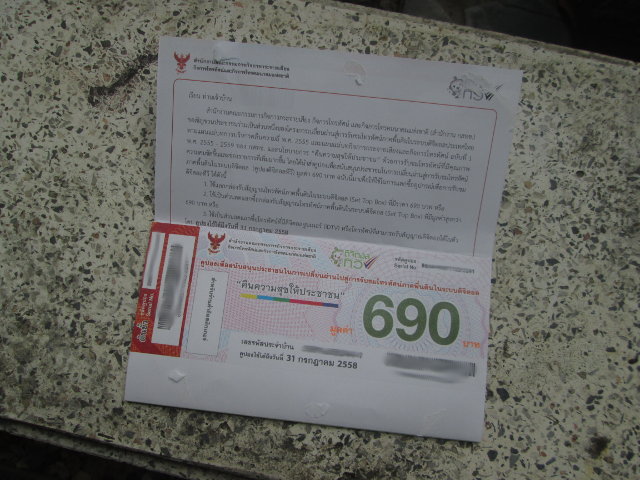 Thai government has made digital television a priority, so they’ve launched a program to give a 690 Baht voucher ($21) to all households in Thailand. The voucher is send by registered mail to your home, and delivery has to be signed by a Thai person. Then you can go to a shop equipped with a Thai ID card and house registration book copy, present this voucher, and get a free (except for tax payers of course) DVB-T2 receiver, or use it to buy something a more advanced set-top box or digital TV package with 690 Baht discount. We decided to get a free DVB-T2 receiver, and ended up with a box called SAMART Strong Black supporting SD and 1080p video streams over DVB-T2, EPG (Electronic Program Guide), and with a USB port to connect devices for recording programs or time-shifting. SAMART is a Thai company whose name means “can” (formal) as in “we can”, not as in “beer can”… So […]