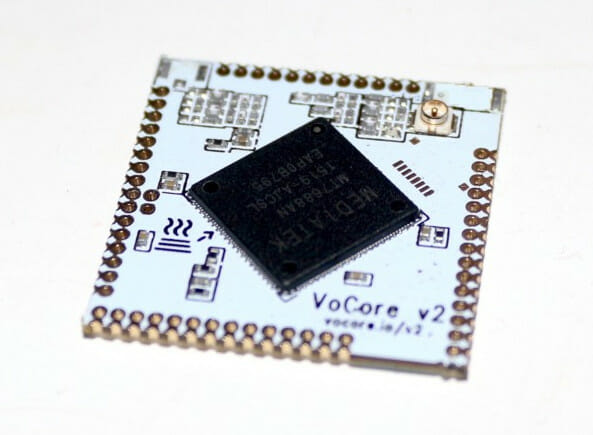 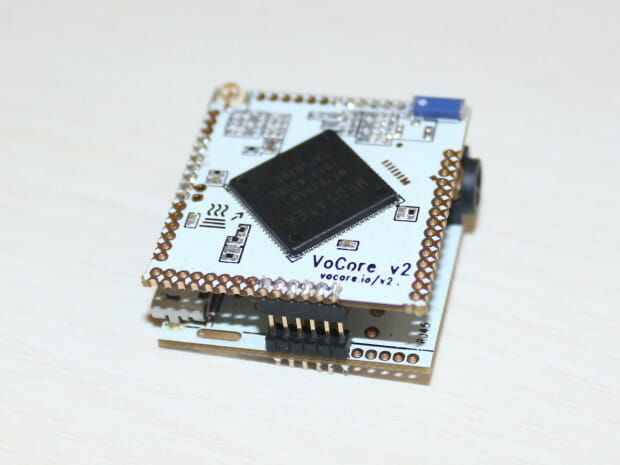 Vocore WiFi IoT board was popular at its launch in 2014 because affordable WiFi boards with I/Os were not common at the time, and it came with an Ethernet dock making it a complete router within a tiny and cute cube. The developers have been working on VoCore2 (aka Vocore V2) with a faster processor, more memory, a lower power consumption, a better WiFi signal, and more I/Os for several months, and have now launched the board on Indiegogo aiming to raise at least $6,000 for mass production. Vocore2 board specifications: SoC – Mediatek MT7628AN MIPS processor @ 580 MHz System Memory – 128 MB DDR2 Storage – 16MB NOR FLASH, 1x SDXC via I/O pins Connectivity WiFi 802.11n 2T2R up to 300 Mbps with either 2 u.FL connector or 1 u.FL connector + on-board chip antenna (Max signal output >19.5dbm peak) 2x 10/100M Ethernet interfaces via I/O pins I/Os […]