Mini laptops have been a thing for the last 2 or 3 years thanks to companies such as GPD and OneNote. However, most of the models rely on fairly powerful and expensive low-power processors from Comet Lake and Amber Lake families, and that may be fine if you want a versatile, ultra-portable machine as your main driver, but not everybody wants to spend $700-$1,000 on this type of device. In the recent past, we’ve seen a couple of cheaper Intel Cherry Trail mini laptops such as Pretech F700mi and Peakago. But the former does not appear to be for sale, and the latter was offered for $269 and the company decided to upgrade it to an Intel Celeron N4100 processor. Peakago is still not available, as Indiegogo backers are still waiting for their perks. So if you’re looking for an entry-level mini laptop NANOTE appears to be a better option as […] 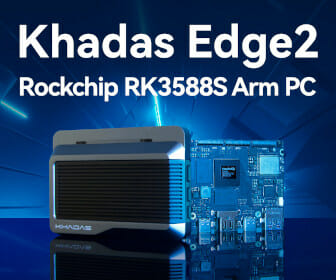 I shortly discussed GPD MicroPC, a portable computer specifically designed for for network engineers and sysadmins in a post about the company’s Pocket 2 Amber Black mini laptop, but I did not go into details at the time since it was not available. GPD has now launched a crowdfunding campaign on Indiegogo for the portable Gemini Lake mini PC, where you can pick one of the 2,000 units that are available for $299 including worldwide shipping. GPD MicroPC specifications: SoC – Intel Celeron N4100 quad core Gemini Lake processor with Intel UHD Graphics 600 System Memory – 4GB LPDDR4 Storage – Replaceable 128GB M.2 2242 SATA SSD, micro SDXC card slot Display – 6″ display with 1280×720, Gorilla Glass 4, 178° viewing angle Video Output – HDMI 2.0 up to 4K @ 30 Hz Audio – Built-in microphone, headphone jack, digital audio via HDMI Networking Gigabit Ethernet 802.11 a/b/g/n/ac WiFi […]

UMPC’s (Ultra Mobile PC) or mini laptops have made a sort of comeback in recent years with products such as GPD Pocket 2 mini laptop or One Mix Yoga pocket laptop. Those products come with a low power Intel processor running Windows 10, and a 7″ display, and compact keyboard. TopJoy Falcon is another upcoming mini laptop that should deliver performance right between the Atom x5-Z8350 processor found in One Mix Yoga and the more powerful Core m3-7y30 powering the GPD device with an Intel Pentium Silver N5000 Gemini Lake processor. The device looks similar to its competitor, except it also comes with a larger 8″ display, and as a consequence a slightly larger keyboard. TopJoy Falcon specifications: SoC – Intel Pentium Silver N5000 quad core “Gemini Lake” processor @ 1.10 / 2.7 GHz (Turbo) with Intel UHD graphics 605; 6W TDP System Memory – 8GB RAM Storage – 256GB […]