While there are now plenty of mini laptops from companies like GPD or One Netbook they tend to be relatively pricey as they offer hardware with specifications suitable for gaming. Nanote mini laptop launched last year offered a low-cost option for $185, but with an Atom x5 Cherry Trail processor performance was really on the low-side, and the new Nanote P8 offers a mid-range option so-to-speak. 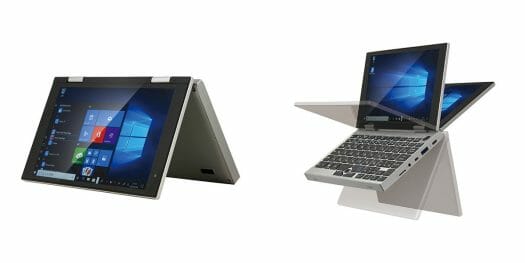 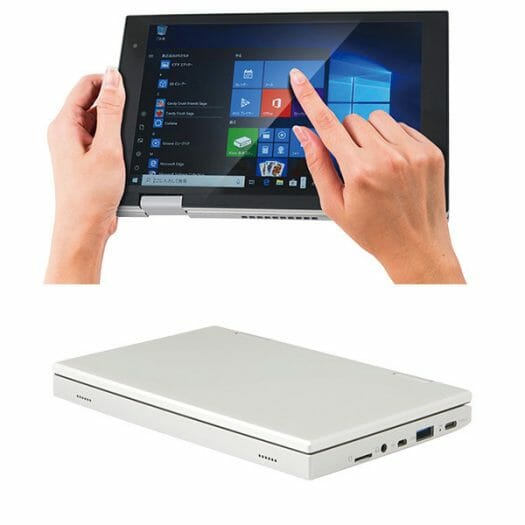 NANOTE P8 ship with Windows 10 Home pre-installed, and just like its predecessor, it’s a convertible device usable as a laptop, or a tablet thanks to the 360-degrees hinge.

The main difference between NANOTE P8 and NANOTE are the faster Intel Pentium N4200 processor and the extra memory capacity (8GB vs 4GB). The listed battery specs have changed, as later the battery was supposed to be 5,000 mAh (probably @ 3.7V), but now it’s 2,050mAh @ 7.6V with the same 7-hour typical life per charge. 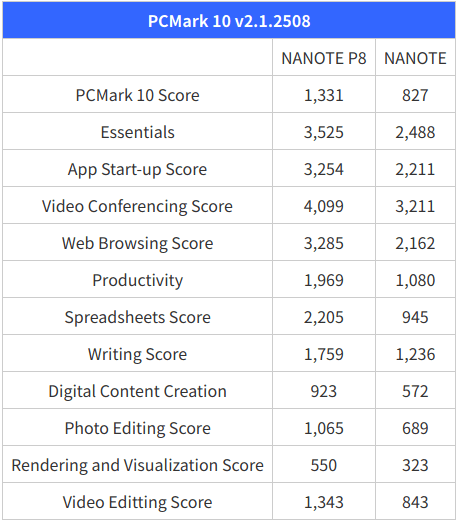 PC Watch got a review sample, and ran several benchmarks including PCMark 10 showing the NANOTE P8 is quite higher as one would expect.

The catch is NANOTE P8 is only available in Japan right now for 32,780 JPY including VAT, or about $300. The mini laptop is most likely based on Pretech F700Mi OEM design, as the manufacturer now also offers options for not only Cherry Trail Atom X5-Z8350 processor, but also  Celeron N3350, Celeron N3450, or Pentium N4200 Apollo Lake processors, as well as three Gemini Lake SKU’s: Celeron N4000, Celeron N4100, and Pentium N5000.

An option for school students around the globe: the cheaper the more sales.

I got one of the last one. I’ve never seen them in stock again since then.
So I guess they are getting a pallet of them, selling them all and that’s it.

Highly unlikely. While I can conceive some convoluted scenarios in which it would be technically correct, that’s 2 hours of real life minilaptop usage.