Last year, GPD introduced GPD Pocket, a portable computer with a 7″ display powered by an Atom x7-Z8750 Cherry Trail processor and offered with either Windows 10 or Ubuntu 16.04.

The company is now back with GPD Pocket 2 model with various improvements including a significantly faster Intel Core m3-7y30 Kaby Lake processor, and offered only with Windows 10 64-bit this time around. 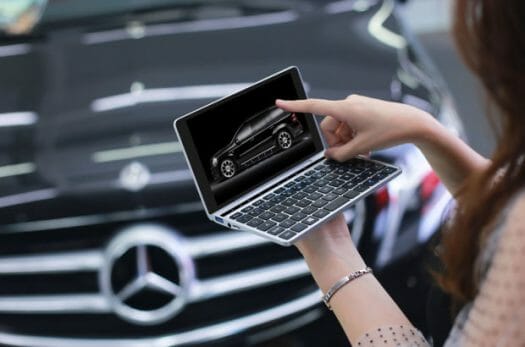 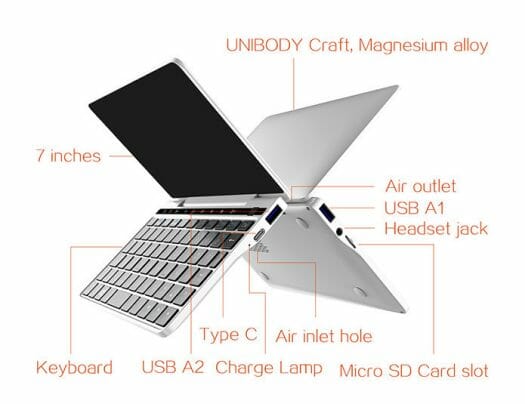 The mobile PC is actively cooled, but the fan can be turned off for silent computing at the cost of lower performance.. GPD Pocket 2 will ship with a fast charger (5V/3A，9V/2.67A，12V/2A), a 1-year warranty card, and a specification sheet.

The HDMI port has been removed compared to the first model, as people can use a USB-C to HDMI cable / adapter to connect the ultra mobile PC to an external monitor. The device also takes many of the features from GPD Win 2 gaming console, but with a larger and higher resolution display,  and being positioned as a “household intelligent device” rather than a game console. 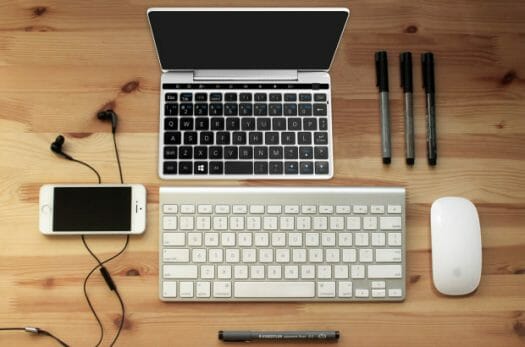 GPD Pocket2 has just launched in Indiegogo with the 4GB/128GB version offered for $529, and the 8GB/128GB version for $599. Shipping is free, and you should expect your reward to be shipped in October 2018. The model with 8GB RAM is by far the most popular at this stage.

GPD gave some prototypes to testers, and we already have some early reviews / first impressions.

It would be nice to have a forum. Sometimes we have some questions and it is not nice to post offtopic.
Better to have some billboard. Everyone wins.

I’ve considered a forum in the past, but then decided against it because of the associated workload with moderating a forum, and I can barely keep up with everything I want to do.

Linux on GPD Pocket 2
* Ubuntu works fairly well with everything working mostly as expected. Text is really small with default settings however.
* Debian works but no WiFi
* Fedora, scaling to 200% by default (more readable), but not way to get out of portrait mode.
* Linux Mint 19 did not boot at all

Update: Brad Linder (Liliputing) has resolved some of the issues he had running Debian and Fedora on the GPD Pocket 2, so they work almost as well as Ubuntu now.

GPD Pocket 2 has already started mass production and it is expected to be shipped after the crowdfunding campaign is ended!