After much speculation, Google and Samsung finally lifted the lid on the Nexus S, the successor of Nexus One. It will be available for sale (unlocked) in the US on the 16th of December (Best Buy – 529 USD)  and the UK on the 20th of December (Carphone Warehouse – 549.95 GBP) 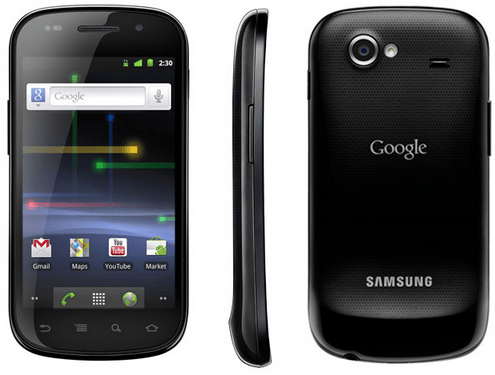 Samsung/Google Nexus S runs Android 2.3 (gingerbread) on a processor based on cortex A8 (Hummingbird) clocked at 1 GHz, with 512 MB RAM, 16 GB internal storage.

The full specs are available on Google Nexus S page.

One interesting new feature is Near Field Communications (NFC) that will allow the device to read RFIDs (e.g. for Interactive Advertising) and behave like a contact less card. So the phone might be used to make payments in the future and replace your credit/debit card. It could also be used as a contactless stored value smart card  similar to the Octopus card in Hong Kong and EZ-Link card in Singapore.

Here’s a summary of the new user features for this release:

Here’s a summary of the improvements for developers:

Android 2.3 has also been upgraded to support Linux Kernel 2.6.35, SIP & NFC stacks and an updated BlueZ stack. The Dalvik runtime has also been improved (better locales support (i18n), gzip http compression, optimizations..) and the following upstream projects have been updated: OpenSSL 1.0.0a, BouncyCastle 1.45, ICU 4.4 and zlib 1.2.5.

You can check the full details in Android 2.3 Highlights.