Augmented Reality usually involves a real-life background capture (image or video) which is then going through image recognition and finally, some data is overlaid on top of this background.

Here are some of applications that are available today (commercially or experimentally): 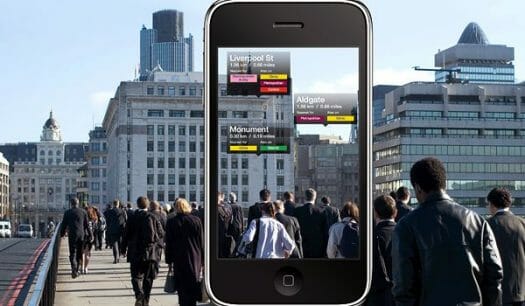 If you want to develop some cool AR applications, Qualcomm already provides an SDK for Augmented Reality. The SDK is available for Windows, Linux and MAC. You’ll need to register twice: Once to access Qualcomm developer network and another time specifically for the AR SDK. Currently, QCAR is still beta, but it will be officially released early 2011.
The current version (QCAR SDK v. 0.9.7) supports the following devices / OS:

The QCAR SDK requires both the Android SDK and the NDK. The Android NDK is an extension to the Android SDK that lets Android developers build performance-critical parts of their applications in native code. SDK and NDK communicate over the Java-Native-Interface (JNI).

To set-up the development environment please install the following components in the order they appear below:

Once all the software above are installed, simply run qcar-sdk-0.9.7.exe to install QualComm Augmented Reality software development kit.

Qualcomm developper website provides the documentation to get started with the installation, connection to the target, building a sample application, creating the APK and loading it to the target.

If you intend on developing games, you can also download the AR extension for Unity 3. Unity game development platform (developed by Unity Technologies) is described in a press release as follows:

Basically, the original QCAR will allow you to use the GPS and compass and the Unity extension will use computer vision technology (e.g. image recognition, video tracking..) to create Augmented Reality applications.

In the short video below you can see Unity Editor in action and a demo.(Qualcomm Trailer for AR SDK with Unity Extension)