CyanogenMod team has just released the CyanogenMod 7.1 port for the H 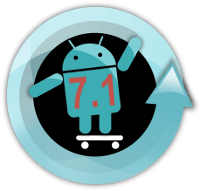 P TouchPad. This is an initial alpha release, so there are still plenty of bugs and a few non-working features, but overall it should be in a state that you can at least play around with Android on your TouchPad.

After installation you’ll be able to boot WebOS or Android (dual-boot).

As it is alpha, there are also plenty of known issues including:

Developer can download the kernel source at http://github.com/cyanogenmod and  submit patches for review at http://review.cyanogenmod.com. The rest of the device source will be released as soon as some changes to support the MSM8660 architecture can be merged into mainline CyanogenMod 7.