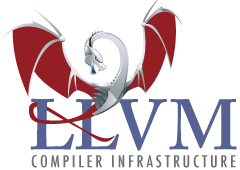 The Low Level Virtual Machine (LLVM) is a compiler and toolchain infrastructure, written in C++, designed for compile-time, link-time, run-time, and “idle-time” optimization of programs written in arbitrary programming languages. Originally implemented for C/C++, LLVM is now used with a variety programming languages such as Python, Ruby and may others. Code in the LLVM project is licensed under the “UIUC” BSD-Style license.

LLVM can be used to replace and/or supplement the GNU tools such as gcc, g++, gdb, etc…

LLVM now consists of a number of different sub-projects including:

LLVM is used by several companies and open source projects such as:

Linaro will also investigate LLVM and decide whether it will support an LLVM toolchain for ARM in the future. This will be decided in November and if they finally go for it, implementation will start later in 2012.

If you want to try it you can either download the source code or a binary for your operating systems or alternatively you can run the online demo that allows you to compile a C or C++ program and generate x86 binaries, LLCM C++ API code or LLVM assembly. If you are using Ubuntu, llvm should already be installed. But if it is not installed on your distribution you can run:

clang will generate more explicit and detailled error messages than gcc. For example:

This shows clang is about 10% faster than gcc to build dropbear.