A picture which the next Samsung Galaxy S3 has been leaked on the Internet. Phandroid has posted a screenshot of what are being rumored to be the specs of the Galaxy S III. 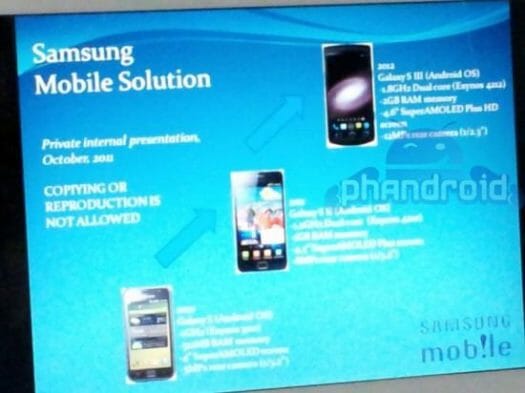 The Samsung Galaxy S3 should have the following specs:

The phone will be available sometimes in 2012