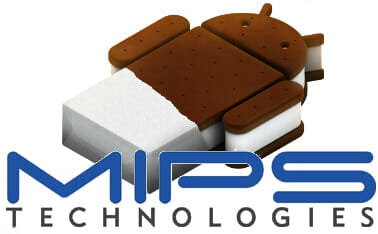 In the last few weeks, MIPS has already released the Linux Kernel for MIPS Android and shown us a low cost (99 USD) Android ICS Tablet. Today, they announced the official release of MIPS Android 4.0 source code.

The latest version of Android 4.0 is “mr0″ and you can read the release notes for further details.

Before downloading the Android source code be sure that you have a correctly setup Linux workstation.

Now, here are the instructions to checkout MIPS Android 4.0:

The first time you run the repo sync it will download several gigabytes of source code to your machine so be patient and it may take a few hours.  Once the download is completed future updates may take only a few minutes since only the code changes are downloaded.

If you just want to have a look, All MIPS Android source code can also be viewed online at http://www.github.com/mips.

MIPS also announced an optimized port of Myriad Dalvik turbo available for MIPS Android 4.0. This version of the Dalvik virtual machine is many times faster than the stock version of Dalvik that is available with the Android source code.  You can see a short comparison in the video below. Bear in mind that is was done with Android 1.6 (in the video) and Android has improved a lot since then. Nevertheless, it should still be faster than the stock Dalvik engine in Android ICS.

MIPS released the dalvik turbo for MIPS today. It can be downloaded at http://developer.mips.com/login/dalvik-turbo/