Eight computer and electrical engineers built a WiFi Tank (Node.js robot) as part of a senior design project at Northeastern University, in Boston, Massachusetts. The robot brain is an EEE PC running Ubuntu, together with an Arduino board and is programmed using node.js. Each tank is equipped with a camera and 2 customized Wi-Fi repeaters (which it can drop it extend range), and it’s targeted at military operations or disaster-affected areas where network infrastructure is not available. 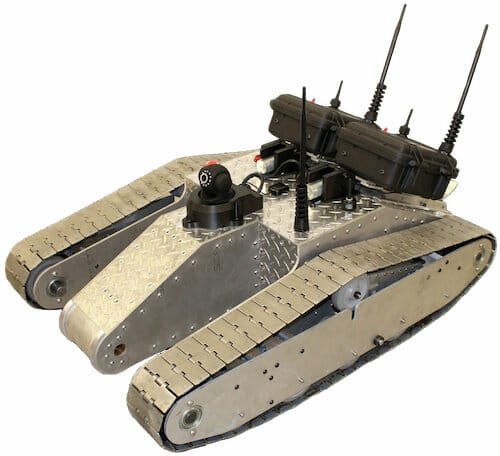 Here are the key characteristics of this robot

The EEE PC was installed inside the robot to control all hardware components, and the web interface looks just like the one would would get with an IP webcam, plus one part to control the tank and another to show the tank and repeaters position on the map using GPS. 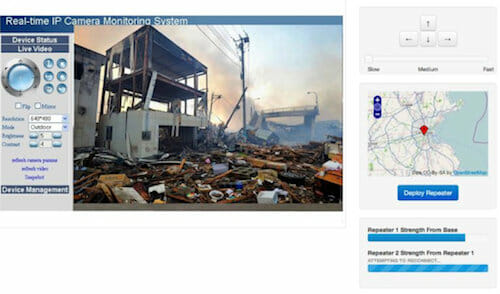 Here’s what you can do with this web interface:

So they installed an EEE PC running Ubuntu inside the tank and ran a node.js web server to handle the user interface and communicate with peripherals.

The developer (Glen Chiacchieri) explains that this robot is written almost exclusively using JavaScript. The source code is available on github,

Watch the video below to see some part of development and how the robot is actually used.