About one year after showing the first image from the camera module prototype, the Raspberry Pi Foundation announced the Camera board is now available for purchase on RS Component or Element14. Navigating either of these sites is a nightmare, but, if you’re lucky, you should eventually find the camera board for around $25 before taxes and shipping. 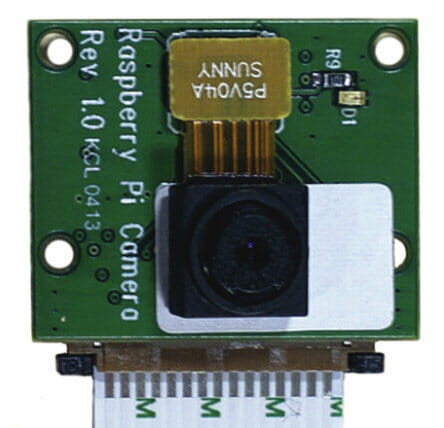 The first thing you’ll have to do with the camera is to connect it to the CSI connector on your Raspberry Pi, just behind the Ethernet connector on model B. James explains it very clearly in the video below.

Now that the camera is connected, you’ll need to update your Raspbian installation. Login to your pi, and run those commands:

This may take a little while. After completion, run

and enable the camera module, as shown below. 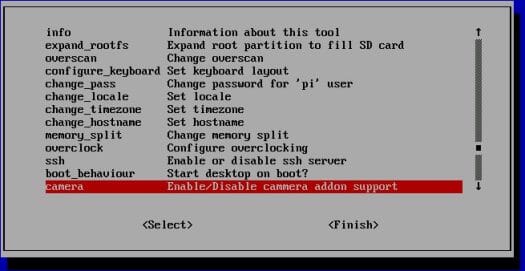 Save the settings, and reboot.

You can use the arrow keys to scroll, and type q to exit. Read here for further details.

It’s also possible to stream the Feed to a Linux, Mac OS X, or Windows computer:

You may also want to view the feed directly from the Raspberry Pi: