Up to now, the set-top box with the most innovative or weird design, depending on who you ask, was certainly Tronsmart Prometheus with its spaceship-like casing. Another Chinese company called Galapad may have gone a bit further with a device shaped like a pyramid with blue lights at the top and bottom.

We don’t know much details about this media player, except it comes with HDMI output, RJ45 and mini USB connectors, an audio jack, and a microSD card. The company’s other designs (all tablets) are based on Nvidia Tegra SoCs, so it’s likely this one, if it’s ever sold, will also feature Nvidia Tegra 3 or 4 processor. 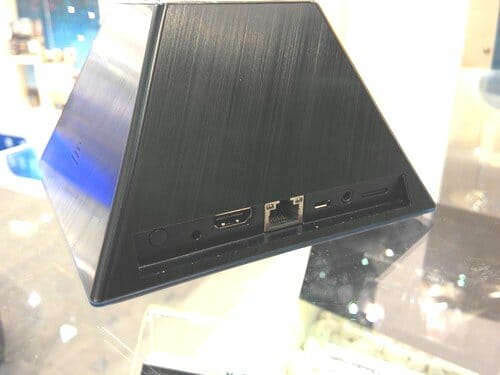 So what is next, a set-top box shaped like the Statue of Liberty maybe?

Definitively this one is more beautiful than prometheus…