Beyond smartphones and tablets, Android is now running in a number of others devices such as cars, watches, set-top boxes and more, but Android should soon enter the gym, or rather bring the gym to your home, with the Peloton Bike, an exercise bike that comes with a 21.5″ touchscreen powered by Texas Instruments OMAP4 and running Android 4.1. 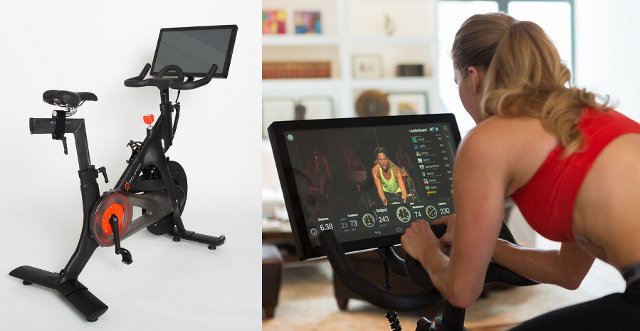 as well as the key features of the bike itself:

The Android-based console of the bike connects to the Internet via Wi-Fi or Ethernet, and brings live and on demand studio cycling classes from cycling instructors. The software also allows to track calories burned (kcal), cadence (RPMs), and power output (Watts), and detailed workout statistics showing your progress over time. 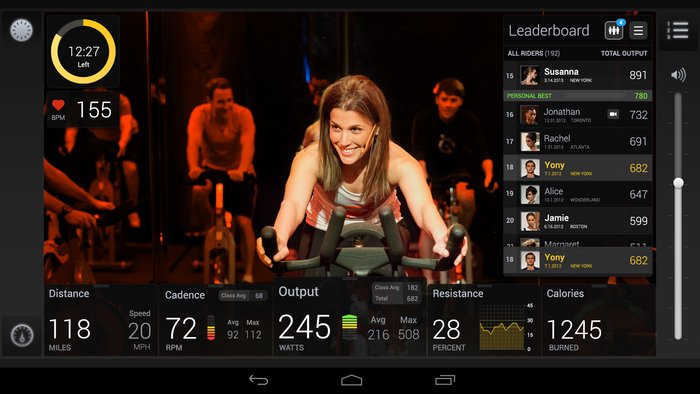 You can also interact with friend, see their scores, how to rank on the leader-board, and video chat or see just how much they suffer and sweat as they work out. ANT+ and Bluetooth radios allow you to connect heart rate monitors, and wireless headphones or speakers. Initially the Android panel will only support the features for the bike, so you won’t be able to watch videos, throw not-so-happy birds to pigs, and the other things you’re used to on your other Android devices, but they plan to open the platform in the future to allow these things. But I assume you could always install Google Play, right after having rooted your exercise bike. 🙂

The company has launched a kickstarter campaign in order to bring the price of the bike down. You can watch the promo video below.

If you live in the US, you can pledge $1,500 (early bird) to get the bike in November 2013, but it will cost $2,000 for people living in the rest of the world, with delivery expected in January 2014. Shipping charges are not included because they depend on your location, and you’ll only know how much you have to pay at the end of the campaign. They estimated shipping cost to be $150 to the US, and at least twice that to international backers.