There has been many home automation and Internet of things projects featured on crowdfunding sites this year, and IoT products such as smartwatches, fitness bands, smart sockets, connected lights… have started to take off. Archos plans to leverage this trend with their Connect Objects offerings divided in two parts: Connected Home and Connected Self. Archos Connected Home Archos Smart Home is a system that let you monitor and control your home via your smartphone or tablet using the company’s Smart Home App and Connected Objects. The set will come with a 7″ tablet, a mini cam, a USB data cable and documentation. It’s not clear right now if others objects: motion ball, weather tag, movement tag, and smartplug, will be part of the set or need to be purchased separately. Key features of Smart Home Tablet: SoC – Rockchip RK3168 dual core Cortex A9 processor with Mali-400MP4. System Memory – 512 MB RAM Storage – 8GB flash + micro SD […] 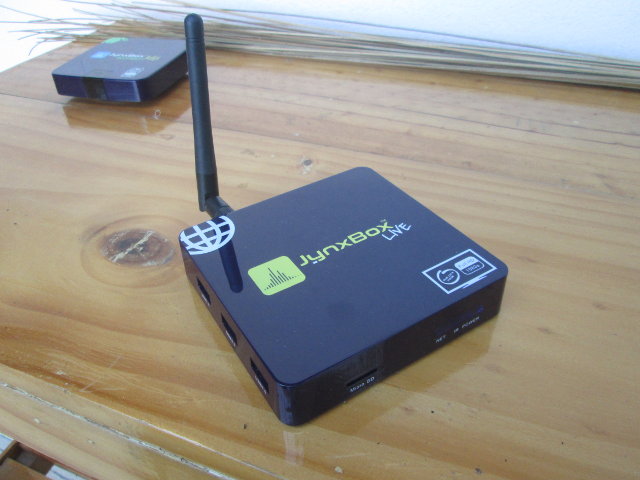 A few days ago I showed some unboxing pictures and videos for Jynxbox Android M6 and Jynxbox Live, followed by Jynxbox Android M6 review, and today I’ll quickly review Jynxbox Live, an Android TV Box that based on Rockchip RK3066 (full specs available in unboxing post) that can stream over 200 live TV channels after install a Live TV app / crack, and happens to cost a “mere” $350 allegedly because it give access to these live TV channels. From the outside, Jynxbox Live looks very much like any other Android TV box, with HDMI, Ethernet, S/PDIF, three USB ports, a micro SD slot, a few LEDs, and a Wi-Fi antenna. To get started I’ve connected the provided HDMI cable to the box and my TV, as well as an Ethernet cable, before powering up the device with the USB power supply. After a few seconds wait, you’ll get the Windows 8 Metro like interface shown below. YouTube, Hulu Plus, […] 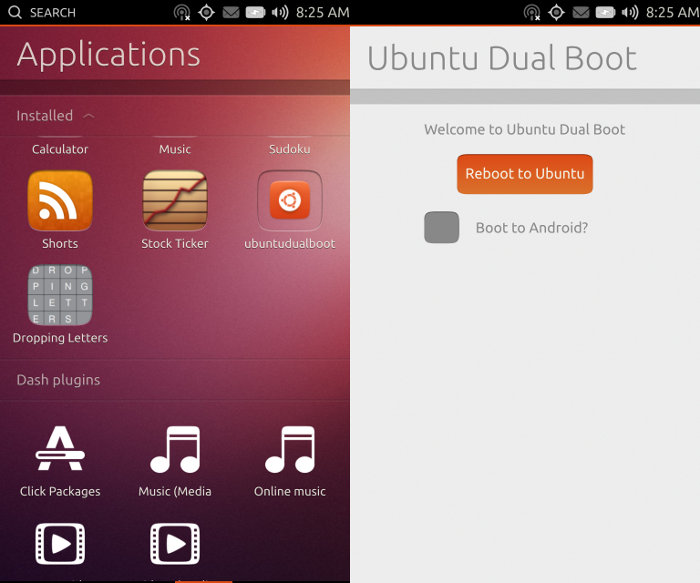 Canonical announced Ubuntu for Phones at the very beginning of the year, and the operating systems have been ported to several phones since then. The only problem is that if you just want to try it, you’d have to replace your Android installation. To work around this problem, Canonical just released Ubuntu and Android dual boot developer preview, that installs both OS on your smartphone, and one app in Ubuntu and Android, let you choose whether you want to boot Ubuntu or Android. The installation requires rewriting the Android recovery partition, and changes the partition layout, so Canonical only recommends Ubuntu Dual boot to developers, in case something goes wrong during installation. Having said that, the installation instructions do not seem particularly difficult to follow, as it’s just the case of running one script (dualboot.sh), after you’ve made sure your device is rooted, connected your phone to a Linux PC via USB, and installed some tools. Several Android 4.2 or […] 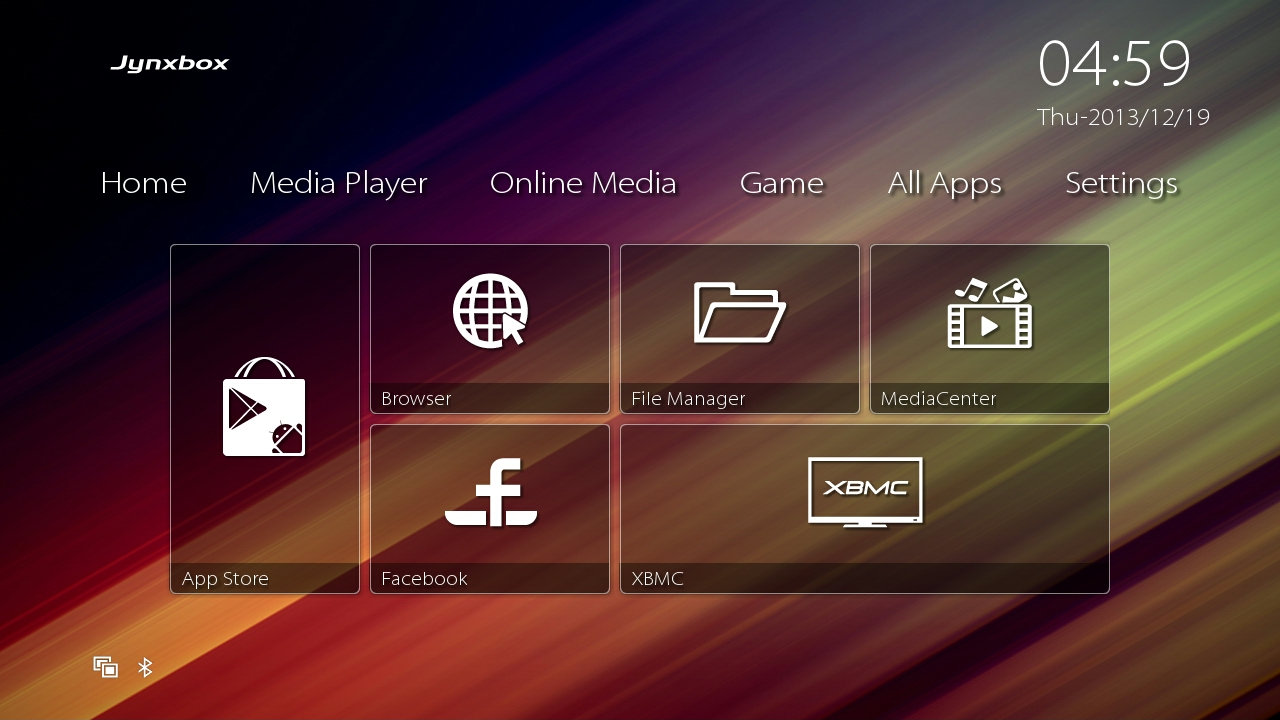 I’ve shown some unboxing pictures and video of Jynxbox Android M6 earlier this week, and today I’ll write a review of this AMLogic AML8726-M6 dual core Android media player. I’ll start with my first impressions, go through the different settings, test video playback, wi-fi performance, and reports about different miscalleous tests: Bluetooth, USB mass storage, USB webcam, etc… First Boot, Settings and First Impressions First, you’ll need to insert the provided AAA batteries in to the remote control. Opening the remote is a bit tricker than I would like as the cover does not come off that easily. Before powering up the device, I’ve connected the provided HDMI cable between the device and my HDTV, and an Ethernet cable to my hub. The first Ethernet cable would not click with in the device RJ45 connector, although it works with my laptop and other devices, but using another one worked just fine. Connecting the power adapter will boot the device immediately (no power […] 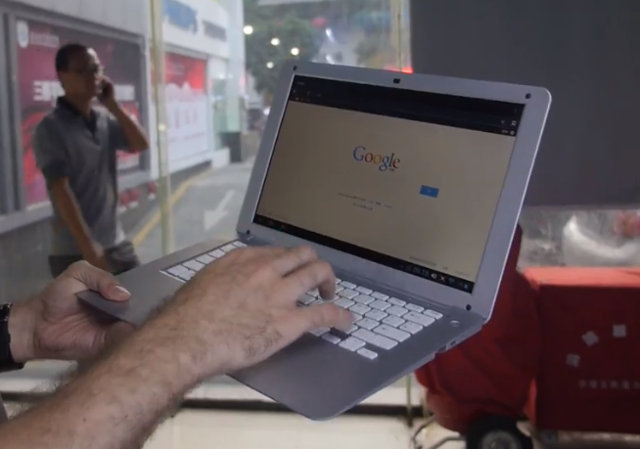 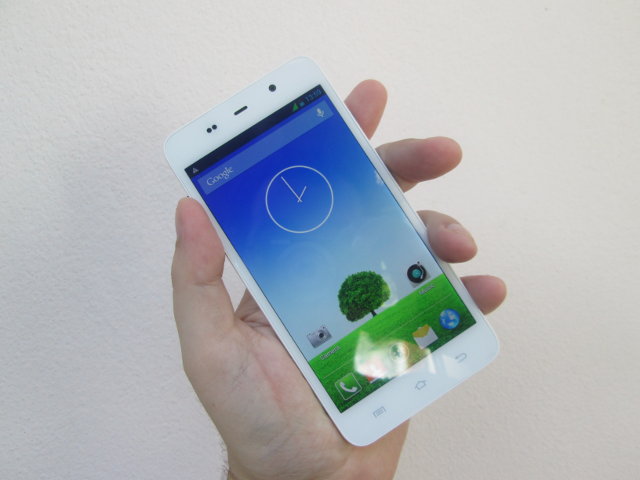 I’ve received ThL W200, a smartphone powered by Mediatek MT6589T SoC, at the beginning of week (Check specs and unboxing pictures), and after about a week of use, it’s time for a review. First I’ll go through my first impressions, test of different features such as the camera, GPS, and Bluetooth, and finally run some apps to get system information and benchmarks for this phone. ThL W200 Review This smartphone feels very light, but the build quality is good, and as explained in my unboxing post, comes with power, volume -/+, and menu/home/back buttons. You’ll also find rear camera + flash, front camera, the light sensor, and the notification light. First impressions The phone boots to the standard Android home screen, as shown above, with English as the default language, and comes with Google Play Store, and no Chinese apps. The 720p screen provide a sharp and clear display, and I’m pretty happy about this part. Unsurprisingly, Android is very […] 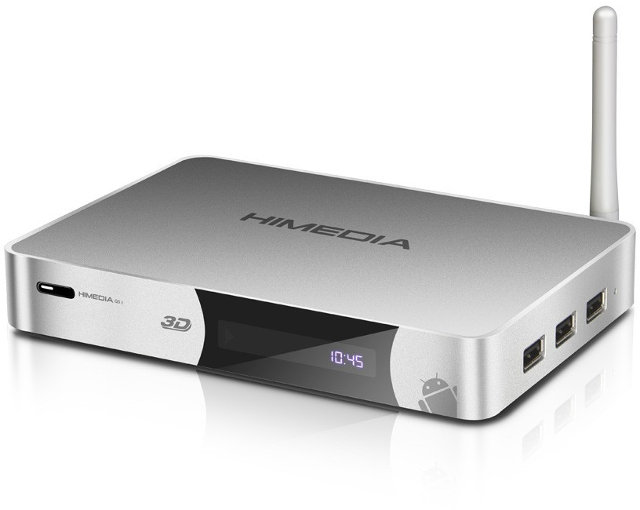 Many Android set-top boxes are based on application processors mainly targetting tablets such as Rockchip RK3188, and media capabilities including video quality, and audio pass-through are not always optimal, or not working at all. On the contrary, HiMedia Q5II, an Android 4.2 media player, is powered by HiSilicon 3718 (or is it Hislicon 3716C V200?), a dual core Cortex A9 SoC designed specifically for media players. It also features an external SATA slot, HDMI and composite video output, optical and coaxial S/PDIF, and I’ve just found out the company worked on making video hardware decoding work with XBMC. HiMedia Q5II specifications: SoC – HiSilicon Hi3716C V200 dual core ARM Cortex A9 @ 1.6GHz + ARM Mali-400MP4 GPU. N.B.: HiMedia indicates the processor is Hi3718, but most resellers give specifications with a dual core processor called 3716C… Hi3718 is not listed at all in HiSilicon website, and Hi3716C is a single core processor. So I’d guess it might be Hi3716C V200 […]

I recently decided I had enough of my Nokia C6-01 phone, and decided to look for a Chinese smartphone with the following specifications: quad core processor, 5″ to 5.5″ display (720p resolution), at least 1 GB RAM, at least 8 GB flash, GPS, Wi-FI and 3G (UMTS) support, all that for about $200. It also had to run Android 4.2.x as I want to give Miracast a try. Ideally, I would also have liked a phone with Bluetooth 4.0 LE in case an Android 4.3 was in the work. But since Bluetooth versions are rather a game of luck in Chinese websites, I did not put too much importance to this last point. I finally went with ThL W200 as it matched my minimum specifications, the price was right, and it got a few people excited over at XDA Developers Forum. I bought the white version for $187.20 on DealExtreme, but there’s also a black version which was more expensive […]