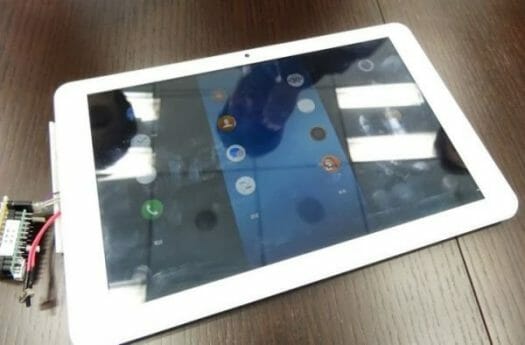 Tizen Indonesia got a prototype of the tablet, and give it a try in the video below (no audio). We can see the boot, lock screen and gallery application. The system does not seem very fluid at this stage of development, but hopefully Tizen will be optimized for better performance before the final release.

The system currently runs Tizen 2.0, but the company plans to upgrade to Tizen 2.1 for the developer version of the device, before selling the device to the general public.

Via Liliputing and Tizen Experts

And why would I want this Tizen thingy rather than just an Android one ? I’m looking forward to Jolla as that will be powered by Qt and will have fast, native stuff but Tizen with their HTML5 and all that doesn’t really sound interesting at all.

@Marius
They mainly promote it as an HTML5 platform, but it should also be possible to run Qt apps http://qt-project.org/wiki/Tizen
Sailfish OS looks nice, but the hardware is a bit pricey, at least for the first Jolla phone.

@Jean-Luc Aufranc (CNXSoft) Yes you can run Qt apps but you can do that on Android too and well it’s Android, you can find it everywhere and cheap. I know it’s HTML5 and I’m OK with HTML5 but not for apps on a phone. I think for mobile native should be the way to go, like Qt not Java like Android or even worse HTML5. And yes the first Jolla phone is expensive but as long as it’s open source it can be ported and Android devices were expensive at first too, let’s see what happens. I’m hoping I can… Read more »

@Marius
Oh and I forgot, there’s also Ubuntu phone which is Qt too and that should work and all kinds of phones without too much work needed.