Just about 5 days after Mediatek announcement of their quad core Cortex A7 SoC for tablets, Asus unveiled the Memo Pad HD7, and Android 4.2.2 tablet powered by MT8125, at Computer 2013. The device will be available for just $129 with 8GB flash for developing markets, and for $149 with 16GB Flash worldwide. 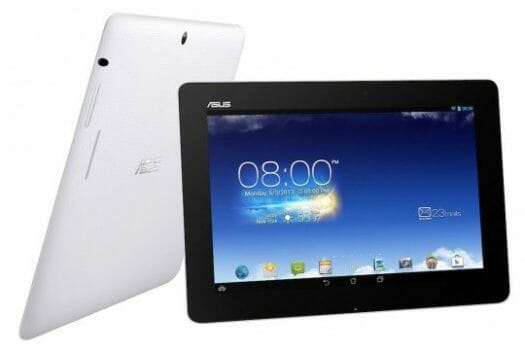 It looks very much like a low cost version of Asus Nexus 7, with a different SoC (Tegra 3 vs MT8125) , an extra rear camera and micro SD slot, but no NFC support.

You can watch the announcement at Computex, and have a closer look at the device on Charbax’s video below.

That’s not as cheap of the sub $100 tablets based on ATM7029, but the SoC performance, screen quality and resolution, and battery life will be much better. With Mediatek SoCs now used in a well known tablet manufacturer, we may also have more chances to get the GPL sources for their SoCs.