LG has put out a press release announcing the company will unveil the first-ever Chromebase, an all-in-one computer powered by Google Chrome OS, at CES 2014. So after the Chromebooks and Chromeboxes, we now have a new category of Chrome OS device: Chromebases. LG computer will come with an Intel Celeron CPU, but future Chromebase computers might also run on ARM platform. 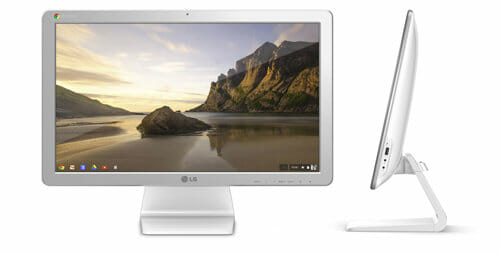 The computer will come with a keyboard, a mouse, and a cable organizer.

LG will showcase their Chromebase in Las Vegas Convention Center, Central Hall #8204, during CES 2014, from Tuesday, January 7 through Friday, January 10.

There’s no information about price nor retail availability at this stage.