TBS, a producer of digital TV tuners for PC, has decided to launch their own ARM mini PC called Matrix to interface with their USB DVB tuners. The board is based on Freescale i.MX6 Quad ARM Cortex A9 SoC with 2GB RAM, 16GB eMMC flash, and costs about $150. The company also claims to have XBMC,
VDR, Tvheadend software running on the platform. 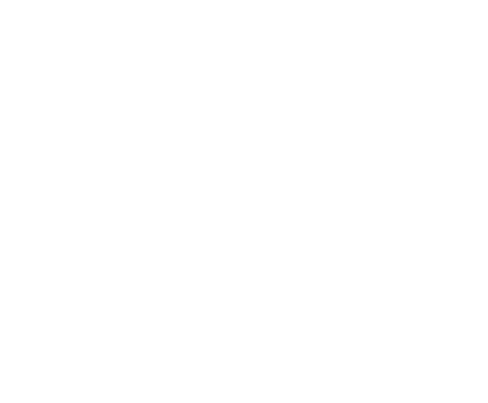 Here are the specifications for this quad core ARM board / computer (Codename: TBS2910):

The Matrix is sold with a power adapter, a SATA power cable, and an optional RS32 adapter board for debugging.

The company provides supports for Android, Ubuntu and other Linux based distributions can also run on the device. As mentioned in the introduction, XBMC, Tvheadend, and Video Disc Recorder (VDR), MuMuDVB and dvblast have been ported, and are pre-installed in the board (Linux/Ubuntu images). Some documentation is already available, and eventually Android, Ubuntu, and Linux source code will be published to the Download section.

The board can be purchased for $149.99 plus shipping from BuyDVD, and the six tuners aforementioned can be added as option for $59 to $240 depending on the chosen model. The device will also be available from other distributors lateron. Further details may be found on TBS 2910 Matrix page, as well as on their forums.

Thanks to Bogdan for the tip.

so do you need a satellite for this. so what is this exactly

@adem
You can use this computer with satellite (DVB-S), cable (DVB-C), or terrestrial digital TV (DVB-T or DVB-T2) USB dongle.
If you don’t care about digital TV, you could also use the device just like the Wandboard, or Compulab Utilite. These last two can also support DVB in theory, but software support may not be as good for now.

You can see pictures with the Matrix and some of their USB (and PCIe) tuners in their forum:
http://www.tbsdtv.com/forum/viewtopic.php?f=156&t=8726

@adem
DVB-T and DVB-T2 are both digital, not analog. It’s just a different version, but I don’t know the details. Yes, that’s where free-to-air TV comes from.

XBMC should be the same as with Wandboard and Utilite. Running in Linux with graphics and VPU acceleration. The images are beta, and I haven’t tried myself, so you may want to check with people who gave it a try.

Freescale does have 3 GPUs as mentioned in one of my older post: 1x 3D GPU and 2x 2D GPUs. But most people seem to only mention Vivante GC2000 (3D), including myself.

yes i remember it was you that mentioned the 3 gpu’s. at the moment i have xbmc on my mk908 (pcb v5) working 100%
i think it works better on my mk908 then my corei7 pc using the XBMC-OUYA.apk 12.2 or 12.3 i think. iam going to wait for what charbax was showing last week Geniatech PT115 Pad TV Tuner, add DVB-T to all Android devices
https://www.youtube.com/watch?v=rr4qJ8C2pkk
going to try this with my mk908

At first I was amazed, yay, finally a reasonably priced Armv7 board that can be add to a usb 3.0 adapter (e.g. Syba SD-MPE20142, 25$ on Amazon).
But then I saw the fan, I guess TBS don’t know how to design a board with proper thermal dissipation.

does this device have full hw acceleration when using linux like ubuntu. i think i.mx6 gpu is one of the most linux friendly gpu’s

@adem
Yes, it should be. If you have an ARM platform that runs XBMC Linux, it’s most likely both GPU and VPU acceleration are enabled, as otherwise XBMC is basically unusable.

@dhead666
The heatsink is mounted with screwholes, so almost any universal & fanless aftermarket chipset cooler will fit.
They most likely resorted to a small active fan heatsink since it’s both cheaper and much smaller.

What version of Ubuntu it support?

This looks interesting. One important question though, is the CEC line connected to the HDMI port? Most i.MX6 boards do not do this. The Utilite boards do.

To answer my own question – yes, apparently HDMI-CEC is connected and works:

@Ian Tester
Now I know what HDMI-CEC is :p
http://gigaom.com/2013/07/24/chromecast-hdmi-cec/
@Jean-Luc Aufranc (CNXSoft)
So maybe the Hardkernel board could be used for similar purposes? 🙂

CEC is useful…. until you have your little button-pressing toddler nephew over and he turns on the blu-ray player, which switches the TV over to it 🙂

I’ll add that this could be the best i.MX6 board available at the moment because it has a mini PCIe slot. So you can add your own GigE ports (the built-in Ethernet is limited to 480Mb/s due to an internal bus) or extra SATA ports, or anything else available on a mini PCIe card.

And the price is pretty good too.