Samsung has been teasing with “Exynos Infinity” before Mobile World Congress 2014, and many expect the Korean company to announce their 64-bit mobile processor (Exynos 6 ?). But it’s likely another Exynos SoC will (also) be announced, as a quick search shows recent patch submissions for Exynos 5260, which happens to be an hexa-core processor using two ARM Cortex A15 cores @ 1.7 GHz, and four ARM Cortex A7 cores @ 1.3 Ghz in big.LITTLE configuration supporting HMP (Heterogenous Multi Processing) / GTS (Global Task Scheduling). The official name might be something like Exynos 5 Hexa (5260). 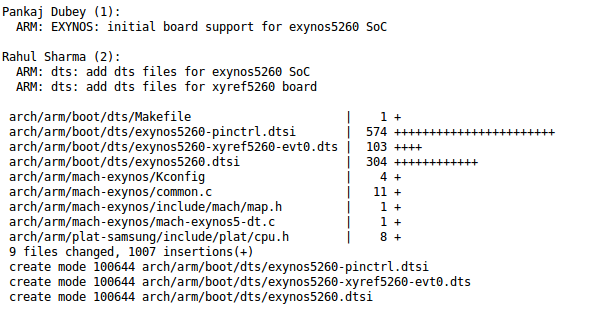 It would probably be possible to go through the patches to find out more, but there’s an easier solution, and some blogs have already posted details about a leak showing Exynos 5260 used in the upcoming Galaxy Note3 Neo, where we learn the GPU is an ARM Mali-T624. The mobile phone itself boasts a 5.5″ display @ 1280×720, 2GB RAM< 16Gb Flash, an 8MP rear camera and 2.1 MP front camera, and a 3,100 mAh battery. Reports indicate Android 4.3 is currently running on the device, but that it should be eventually be upgraded to 4.4.