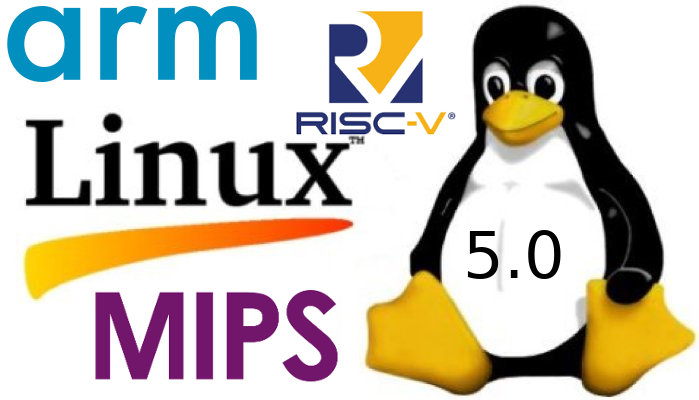 Linus Torvalds has just released Linux 5.0: Ok, so the last week of the 5.0 release wasn’t entirely quiet, but it’s a lot smaller than rc8 was, and on the whole I’m happy that I delayed a week and did an rc8. It turns out that the actual patch that I talked about in the rc8 release wasn’t the worrisome bug I had thought: yes, we had an uninitialized variable, but the reason we hadn’t immediately noticed it due to a warning was that the way gcc works, the compiler had basically initialized it for us to the right value. So the same thing that caused not the lack of warning, also effectively meant that the fix was a no-op in practice. But hey, we had other bug fixes come in that actually did matter, and the uninitialized variable _could_ have been a problem with another compiler. Regardless – all is well that ends well. We have more than a […] 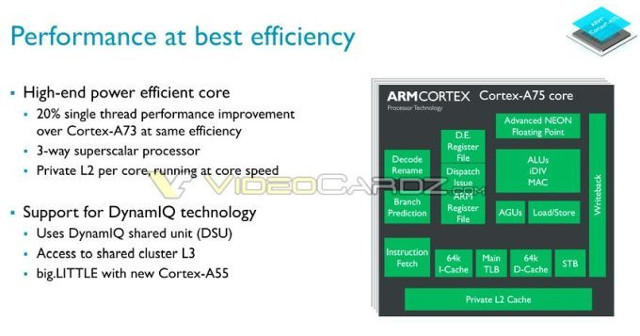 We’ve already seen ARM Cortex A75 cores were coming thanks to leak showing Snapdragon 845 SoC will feature custom Cortex A75 cores, but we did not have many details. But since we live in a world where “to leak is glorious”, we already have some slides originally leaked through VideoCardz with the post now deleted, but Liliputing & TheAndroidSoul got some of the slides before deletion, so let’s see what we’ve got here. ARM Cortex A75 So ARM Cortex-A75 will be  about 20% faster than Cortex A73 for single thread operation, itself already 30% faster than Cortex A72. It will also be the first DynamIQ capable processor together with Cortex A55 with both cores potentially used in big.LITTLE configuration. Cortex A75 performance is only better for peak performance, and remain the same as Cortex-A73 for sustained performance. The chart above does not start at zero, so it appear as though there are massive performance increases, but looks at the number […] 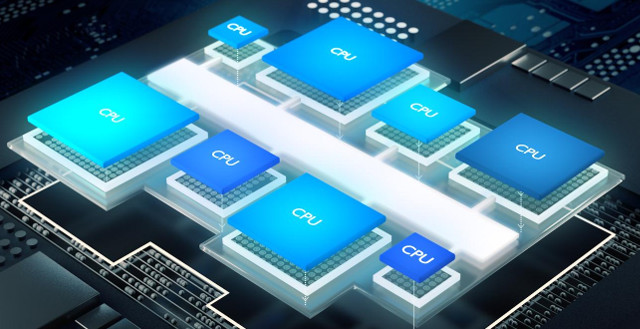 ARM unveiled big.LITTLE technology in 2011 which consisted of clusters of low power cores such as Cortex A7 or A53, and high performance cores such as Cortex A15 or A72, with the system assigning tasks to the best processor for the job in order to  optimize battery life. big.LITTLE supports up to 4 cores per cluster, and you can mix different types of cores within a single cluster. ARM DynamIQ changes all that as up to 8 cores are supported within one cluster, and you can mix low power and high performance cores within a given cluster. ARM DynamIQ multicore microarchitecture will be available for all new ARM Cortex-A processors starting this year, and targets automotive, networking, server, and primary compute devices. ARM claims it’s especially advantageous for artificial intelligence due to better performance, and autonomous driving due to increased safety, and it allows for much faster response from accelerators. Based on the slide below showing the evolution of multi-core […] 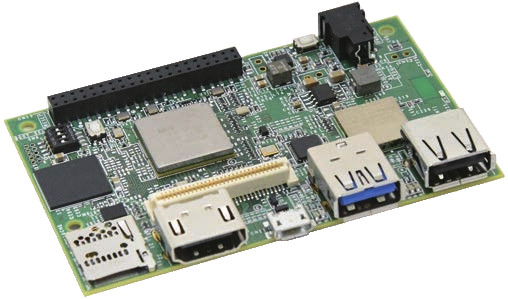 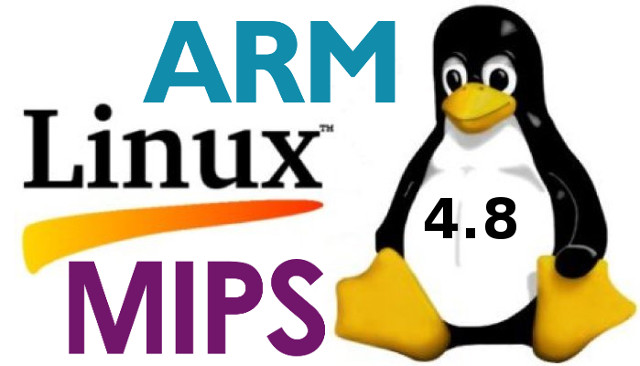 Linus Torvalds has officially released Linux 4.8 last Sunday: So the last week was really quiet, which maybe means that I could probably just have skipped rc8 after all. Oh well, no real harm done. This obviously means that the merge window for 4.9 is open, and I appreciate the people who already sent in some pull requests early due to upcoming travel or other reasons. I’ll start pulling things tomorrow, and have even the most eager developers and testers hopefully test the final 4.8 release before the next development kernels start coming 😉 Anyway, there’s a few stragging fixes since rc8 listed below: it’s a mixture of arch fixes (arm, mips, sparc, x86), drivers (networking, nvdimm, gpu) and generic code (some core networking, with a few filesystem, cgroup and and vm things). All of it pretty small, and there really aren’t that many of them. Go forth and test, Linus Linux 4.7 introduced support for AMD Radeon RX480 GPUs, […] 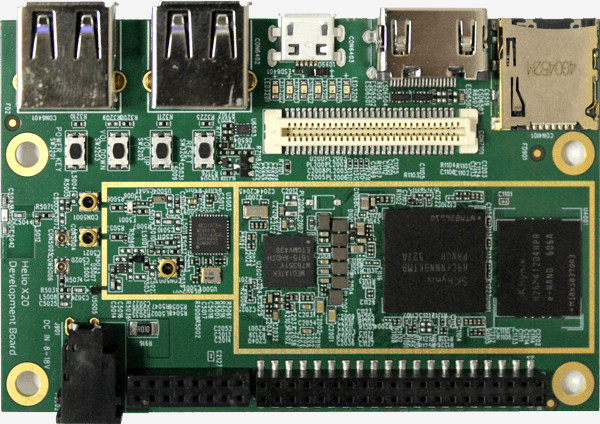 Mediatek Labs and Linaro introduced X20 development board based on 96Boards CE specs, and featuring Mediatek Helio X20 deca-core Cortex A72/A53 processor a couple of months ago. At the time, if you wanted to purchase the board, you’d have to fill a form explaining the details about your project, and the company, Alpha Star, would then decided whether would sell it to you. The good news here is that you don’t need to do any of that anymore, and you can buy the board directly on Seeed Studio for $199, or on Taobao for 1399 RMB. Mediatek X20 development board specifications have not changed much since the first announcement, but the CPU and GPU frequencies have been lowered somewhat, and we have some more details: SoC – Mediatek Helio X20 (MT6797) deca-core processor with two ARM Cortex A72 cores @ 2.1~2.3 GHz, four Cortex A53 @ 1.85 GHz, four Cortex A53 @ 1.4 GHz, and  ARM Mali-T880 GPU @ 700 […] 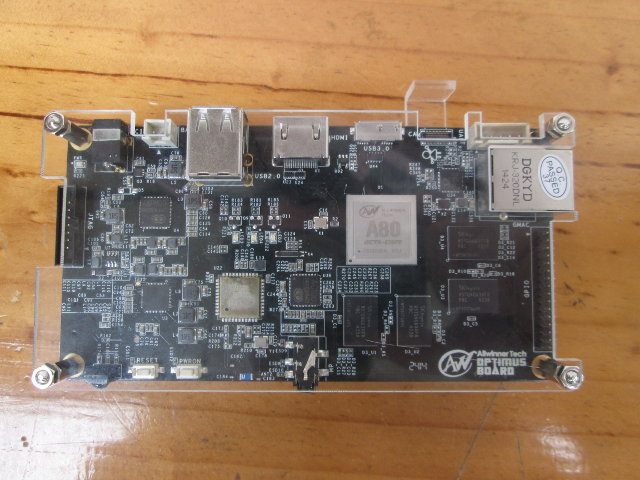 Together with Rockchip RK3288, Allwinner A80 is one of the most powerful Chinese ARM processors for mini PCs or development board, and today I’m starting a giveaway for A80 OptimusBoard development board based on Allwinner octa core big.LITTLE processor. When I got the board last year, it was indeed powerful as shown in benchmarks. But unfortunately after Allwinner provided me with a new firmware supposed to fix some NTFS write performance issues, I quickly discovered it also had some stability issues whose reasons were not clear, and Merrii Technology support is not very good to say the least, at least for hobbyists, and even now there’s no operating system for download on the board page. Luckily PcDuino Arches (previously known as PCDuino8) is basically the same, and you can download some Lubuntu & Android images on Linksprite website instead. The firmware has not been updated since 2014 however. To enter the draw simply leave a comment below. Other rules are […] 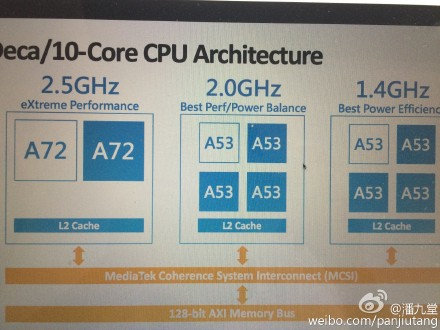 ARM first announced big.LITTLE processing on 2011, and since then we’ve seem several mobile processors providing two CPU clusters with “big” cores such as Cortex A15 or A57 and “LITTLE” core such as Cortex A7 and A53 to optimize performance and power consumption. With its latest Helio X20 (MT6797), Mediatek brings TINY.medium.huge processing with the first mobile processor using three CPU clusters, although a 3-level architecture has also been used before in Dhanush wearables SoC. The three clusters are divided as follows: TINY – Four ARM Cortex A53 core @ up to 1.4 GHz for best power efficiency medium – Four ARM Cortex A53 cores @ up to 2.0 GHz for a good performance / power balance huge – Two ARM Cortex A72 cores @ up to 2.5 GHz for maximum performance All three clusters are linked together and the memory bus via Mediatek Coherence System Interconnect (MCSI). Mediatek claims their tri-cluster processor consumes less than big.LITTLE processing across all performance […]