NFC first started to be found in phones running Android 2.3 in 2010, and most flagship smartphones integrate NFC. But in China, at least, the story is different with about 10 percent of smartphones enabled with NFC, according to Mediatek. That’s partly why the company has designed Hotknot proximity technology, which is in theory capable of anything NFC does, but comes at a lower cost. 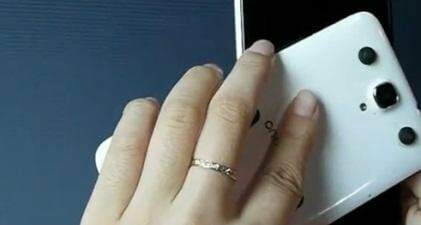 Contrary to NFC, Hotknot it does not require RF transceiver and antenna, but instead relies on a new type of capacitor touch driver IC designed for touch screens combined with data from a gravity sensor (G-sensor) to ensures the actual contact, and a proximity sensor (P-sensor) to detects the presence of nearby objects.

It’s not clear when the first smartphone with the technology will hit the “e-store”, but HaoJung Li, product marketing manager of MediaTek’s wireless communications business unit, told EETimes, that every MediaTek customer, such as Oppo or Lenovo, will receive a Hotknot software package at the end of March. Hotknot technical specifications have yet to be disclosed. Although, Mediatek will start with China, they may expand Hotknot to the rest of the world at a later stage.

My feeling is that this will be a China only thing so it’s unfortunate for the rest of us. Luckily I’ve no need for NFC so it’s fine with me.

Chinese guys learn marketing b/s from westeners. NFC is cheap and is included in current gen of top chinese phones. It’s not included in every .cn phone out of laziness and *severe* cost optimization (like, a phone >$50 is a very expensive phone). And if there any large component of NFC cost, then it’s one which assures some level of security and robustness, which putting together C, G, & P sensors not necessarily have.