Iliad (Free) is a French company known to bring the price of technology down for the masses. Several years ago, they disrupted the Internet broadband market, by bringing low cost triple play broadband services to market, and more recently they entered the mobile market with 2 Euros 3G/4G monthly subscriptions. The company also owns Online.net providing hosting services, and which has recently launched a public preview for Online Labs cloud platform. Most hosted solutions nowadays relies on x86 servers and virtualization, but Online Labs instead features dedicated physical ARM servers connected to SSDs.

The company call their custom-made credit-card size server modules C1 boards, completely unrelated to ODROID-C1 boards, as those are powered by a quad core ARMv7 Marvell processor with 2GB RAM, and a 1Gb/s network interfaces. These are then assembled into racks as shown below. 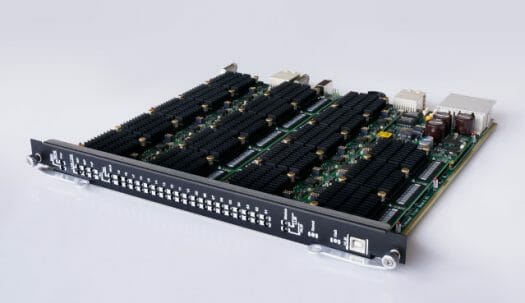 And finally 16 racks are inserted into a chassis with a control board, and power supply. Based on the picture above and below, I count 288 C1 servers, but the company claims “912 servers per rack”, 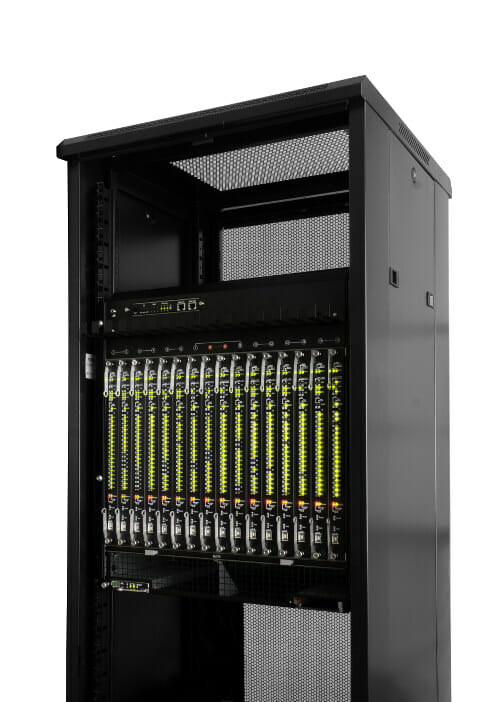 That’s for the hardware. On the software front, a control panel offers options to create, snapshot, image and clone servers, and it takes two clicks to create a Linux server, and the system boot in about 30
seconds on SSDs. It also comes with on-demand storage, movable IPs and an S3 compatible object storage service.

A free 15-minute trial is available on labs.online.net, if you can access the service which is currently pretty busy. The trial server(s) run(s) Ubuntu Utopic 14.10 with docker pre-installed on a 20GB SSD. You can also “ask for an invite” to get a full preview.

I manage to get a free trial for 15-minutes, but instead of logging in the web browser, I logged in via SSH with is more convenient to copy/paste the terminal output.

I’ve run some command to get some more infor about the system:

Here’s the Linux kernel boot log for those who want to known more details without trying.

Pricing and broad availability have not been announced, but I understand they may follow an hourly pricing, similar to what Digital Ocean offers based on an article on Venture Beat.

Thanks to Benjamin for the tip.

/dev/nbd0 means a Network Block Device, so the disk is mounted through a SAN maybe?

If that is a standard 42U rack, and that “module” supports 288 of these I could see a full rack with at least 912. Although that would be 3.16 of these modules, which doesn’t make sense unless there is a different sized module that only has 48 of them.

Are they going to sell that “module”? Or did they just have them built so they could resell VPS?

So that's not the more efficient today, but could be far cheaper for a first test, the SoC daughterboard could be changed later…

@Popolon
They also needed an SoC with Gigabit Ethernet and SATA, the latter requirement seriously narrowing the field.

Hello Jean-Luc, I have an invite an play well with about 10 C1-server since many weeks now ( i test a ceph cluster ). When you build your C1 server (in the web control panel when you have an invite), you can choose the linux distribution ( debian wheezy, gentoo, ubuntu utopic, ubuntu trusty, fedora 20 beta), the storage SSD and/or HDD (you can add many storage volume to 1 server). Some of C1 of the board are not accessible and dédicated to manage the storage (a SAN like). You can choose what kernel to use for your C1 with… Read more »

@Popolon Actually the Armada XP used by Iliad/Online is not a Cortex-A processor. Marvell has an architecture license from ARM, and the Armada XP use a PJ4B-MP core, which implements the ARMv7 instruction set, but isn’t a Cortex-A from ARM. Marvell now has some more recent chips (the Armada 375 and Armada 38x) that are Cortex-A9 based.

I wonder what advantages this might have over VPSs – which also seem pretty cheap these days? (eg see http://lowendbox.com/)