Four years ago, Seco showcased a prototype of a light bulb integrating a picoprojector and running Android, so you could fit it on the socket on your ceiling or compatible lamp. Now a company is planning to launch an Android projector that fits into E27, E26, or Bayonet light sockets called Beam. 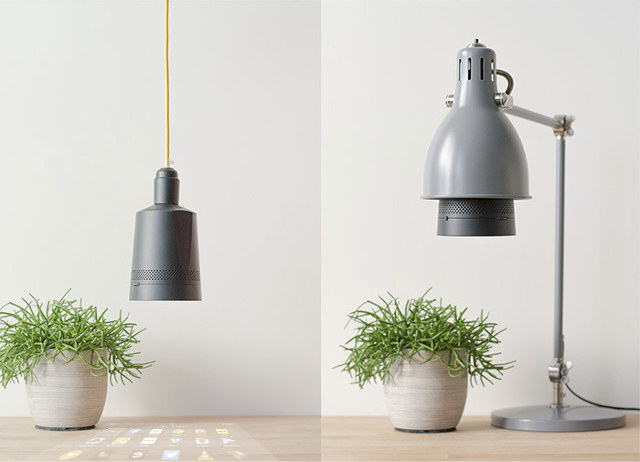 The version of Android is the device has not been specified. Beam can be controlled with Android or iOS (iPhone and iPad) devices, or via a Bluetooth keyboard / mouse combo. When you don’t use Beam as a projector, you can also use it as a standard lamp thanks to its 12 LED lights. 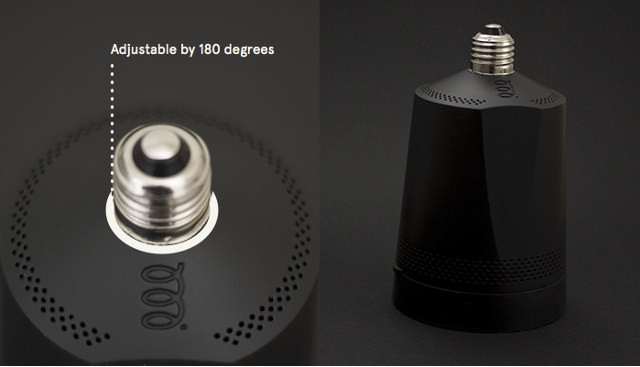 Expansion will be limited compared to standard Android mini PC as there’s no micro SD card or USB ports, but considering the form factor it’s probably not such a downside. The system supports “If This Then That” app with conditions based on the time, date, people presents, Bluetooth speakers on/off, etc.. and actions such as showing social updates, music playback, YouTube videos, alarm, calendar, weather forecast, and so on. You can check the promo video below.

Beam Lab‘s project has been launched on Kickstarter, and has already raised closed to $400,000, easily exceeding the $200,000 target. Early bird rewards started at $349, but these are all gone, and you can now pledge $399 to get the Beam, the (yellow) fabric cable, and bayonet adapter (if needed) by October 2015. They mention they only ship to certain countries, but did not provide the list, and based on comments, shipping costs might be not included.