Mediatek smartphones used to have a terribly slow GPS fix, and it would often take over 10 minutes to get a fix if any, and one workaround was to enable Mediatek EPO. However, in my Iocean M6752 review, I found out GPS fix was not super fast even without Internet connection, but accuracy is quite a disaster as Nike+ Running screenshot below clearly shows. 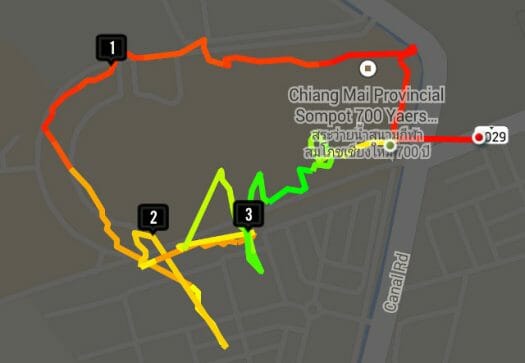 I’m running around a stadium so the shape should be elliptic…, but data point are all over the place. Since the review, I’ve kept using the smartphone with Nike+ Running, and each time it’s a disaster, and once the app even reported a 81 km for an actual 10 km run… I’ve also used Google Maps once or twice, and found accuracy to be poor as well.

However, I usually leave Wi-Fi on, and for some reasons today, I decided to turn Wi-Fi off before driving to the sports complex, and for the very first time, I got a proper tracking during my run. 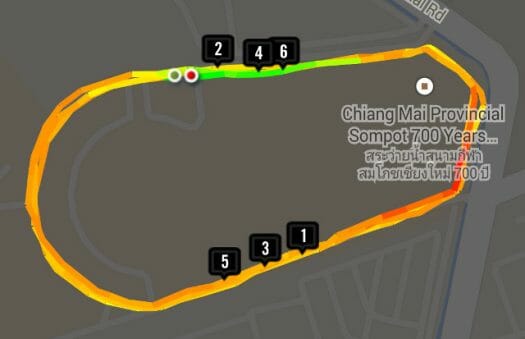 I did not get any firmware update since I started using the phone, Nike+ Running was last updated on April 8, 2015, and the last two weeks I had the same poor accuracy. So even though I only tried once, it looks like disabling Wi-Fi might have done the trick. I’m not sure if it is specific to my phone design, or whether other Mediatek MT6752 phones may also be affected. I would be interested in getting feedback from other recent Mediatek phone owners.

Well, I believe this is not only Mediatek issue as I had it on my Snapdragon 615 also. It locks only in horizontal line but only with half the power. GPS test returns max 25 on each of the vertical lines, and from 3 to 6 lines maximal.

I believe this is some hardware malfunction as I am using ZTE Blade S6 and some people are reporting the same failure. Even with the 2 recent updates, the problem exist. I think this is poorly made antenna + body from the chinese developers.

I have no technical knowledge of this. Just wondering if the tracking is correct with wifi turned off, whether if it is an A-GPS issue messing with the tracking. Does the phone use A-GPS also?

@Terry
Yes, I think the phone uses A-GPS or Mediatek EPO, but there aren’t any specific options in the settings as there used to be in older models.

@Jean-Luc Aufranc (CNXSoft) Can you open a backcover and see if you spot a film antenna marked as WiFi/GPS? That’s what I have in my Zopo ZP998. Btw, the phone was bought in Shenzhen last year. It died 1yr after that (+/- 2weeks) when I was in Hong Kong. I went to Apliu street to fix and street repairmen there told me: “cant feex eat, tis meid in China”. LOLWUT? This *is* China! Buy cheap Chinese phones everyone, it’s *sooooo* much fun! P.S. A day before the phone died, we with Charbax sat on one table with Mediatek people at… Read more » 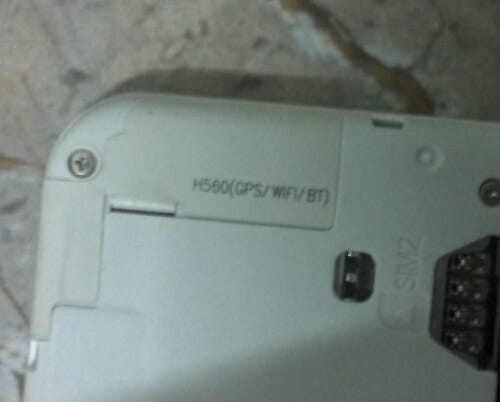 You’re right: GPS, Wi-Fi and Bluetooth antennas are all in about the same location.

Chinese phones are not really made to last. Over one year is pretty good, over two years a miracle!

Its the same with THL 5000 and other MediaTek powered Phones. While I get a fix with my THL 5000 very fast (2-3 Seconds) it jumps around like crazy like on your first pic….try navigating in your car with that. Dissabling Wifi doesn’t help here. Some people over at 4pda had the same problems and tried modding the antenna without much success. Interesting to see that the new MT6752 have the same old weak GPS that Mediatek usualy has. Despite some people saying otherwise I never had problems with Qualcomm or other SOCs…even with a cheap Youlong Snapdragon SOC Phone… Read more »

Well I must say, that this was quite a surprise for me too as Snapdragon 615 should perform incredible against SD 410 which I tested in Cubot Zorro 001. ZTE Blade S6 is actually quallity made device, but I guess here that something problematic with antenna or A-GPS incorectly configure through software.

Did you downloaded the EPO file? Last time I have mediatek-based phone, it must be downloaded in order to fix the GPS.
Usually it sits in the location settings, or in the engineering mode.

@awaaas
I could do this in my older Mediatek phone, but there’s no such option in the new phone. I have not found a way to root the phone, so I could not use MTK Tools either to go to engineering mode.

I think the problem is different, because with my old phone it just took a long while to get a fix, while the new phone gets one in a few seconds. It’s just it’s not accurate with Wi-Fi (and/or Bluetooth?) on.

Interesting post 🙂 Till now, my Endomondo tracks look like yours before turning wifi off. Although I have always wifi set to off when I’m running I noticed that I had enabled an option which allows Google to scan wifi networks even when it is turned off. I changed it and I will test it within few days on my Jiayu S3 which has also MT6752 and let yo know the results.

I’ve been using my phone with Maps me offline maps for about two weeks going various places, and it works flawlessly since I now make sure Wi-Fi is off.

Unfortunately it doesn’t work for me – it is slightly better but still from time to time gps signal moves far away and overall result is not accurate. Maybe Iocean has different GPS chip, I found that in Jiayu there is MT6630 which is responsible for GPS, Wifi, Bluetooth etc. Time to sell my Mediatek phone… Never again 🙂

Hi All, I have thl 2015, and have the same problem, to get a fix, takes 3-20 sec, but the accuracy is really bad. I have thl w200 as well, older soc, and it works perfect. I have an IOcean, same GPS issue, have an old TronSmart, works perfect. All are powered by MTK. Based on this, I think, it is a quality insurance issue. My colleague has the same IOcean that I have, with a perfect GPS…. All software based tuning helps just to get faster fix, does not affect the accuracy, the antenna parameters/ abt 2,4 GHz/ are… Read more »

The only way I can get GPS to work reliably on Jiayu S3 (using MT 6752) is to disable WiFi. Otherwise, location jumps around like in your first picture. When wifi is off, GPS is accurate and locks on to location very quickly (about 5 secons). Someone told me that wifi and gps use the same chip, so there seems to be some interference when both are active.

Guys, just my five cents..Disable wi-fi and set gps settings to “device only” it works liquid smooth since I tried that..