When allegations surfaced that the NSA messed with devices manufactured by US companies, and possibly other, government of geopolitical significance started to take measures. For instance, China may have removed Apple and Cisco products from its list of approved products due to security reasons, and Russia decided to design its own Baikal processors to replace Intel and AMD solutions. At the time of the announcement, Baikal M and M/S chip were supposed to be the first ones and based on ARM Cortex A57 cores, but Imagination Technologies recently announced that Russia based Baikal Electronics was working on Baikal T1 communication processor with two MIPS P5600 cores.

Some of the specifications include: 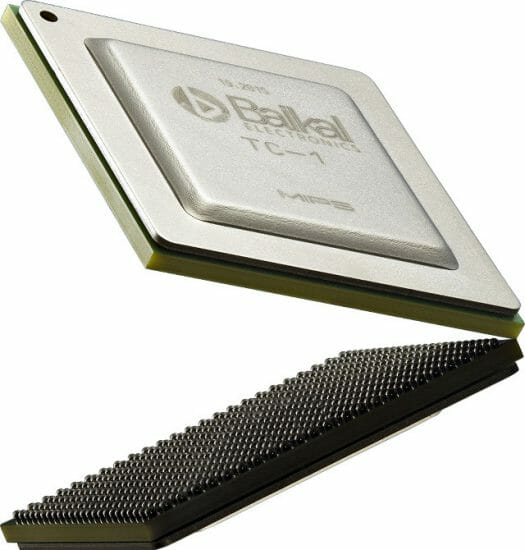 Baikal-T1 processor targets telecommunications, industrial automation and embedded systems. There was no word on supported operating systems, with the only reference to software being “the SoC comes with a set of extensible software based on open source code”, so it’s likely it will run Linux and leverage GNU tools.

The processor is close to being fully developed, as engineering samples are available to developers now, and Baikal-T1 based commercial solutions are expected by the end of 2015.