Zidoo Android TV boxes have often been featured in this blog, but the company also has products for the industrial market such as their 4K streaming player outputting the same video to up to 8 monitors, and a “12K video player” that outputs a video to three monitors @ 3840×2160 resolution. 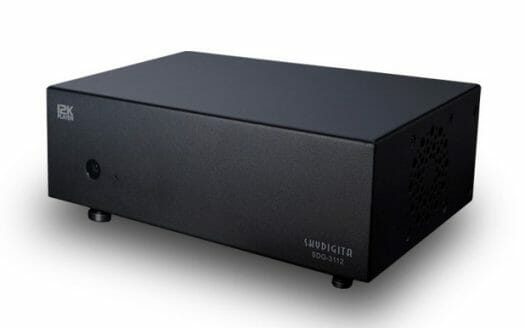 Zidoo strength is software and support, and they are not a hardware company, and while so far they have partnered with Kaiboer for their Android media players, if the picture above is any indication, they are using Skydigita SDG-3112 player as the hardware platform.

The list of specifications and features currently released are unfortunately quite sparse:

This time of system could be useful in places like shopping malls and airports. In some ways, this is a similar to a 3 monitorvideo wall, and in the past, I’ve seen people use ffmpeg and beagleboards to play a video on a 6 monitors setup, of course not at 12K resolution…

Further details may eventually surface on Zidoo 12K player product page. If you are interested in playing a single video on multiple displays, you may also want to have a look at VIA Chrome Video Walls solutions.

look for this device coming tomorrow in indigogo campaing called skreens,or look in youtube lon seidman talking with the founder

@Rafael duarte
Thanks! They’ve launched it on Kickstarter.

Hi,Possibly some corrections that Zidoo is a technology-oriented company, with unique hardware design also the powerful sw team,providing the customers lasting update service.For some reasons,we have used the KAIBOER MAC address,but now Zidoo has already apply to the IEEE for our own MAC address section. You can easily search by “80:0a:80:5x:xx:xx “. Regarding to the 12K player,We provide OEM services for Skydigita before. Because of the website designer’s careless who put the photo directly on internet without Zidoo LOGO. You can find our X1 and X6 in the public market, are quite different from the “public design”.We are a brand-maker,… Read more »

Best quality components yeah right. i got a zidoo x1 it was a piece of s h i t. Problems with all my input devices logitech mice ect. Weak and laggy system with slow emmc… ahould i post the androbench balues of the x1 its in par with the cheap amlogic 805 sticks. Wifi was also weak i got 2 bars where i got 4 with all my othee devices plus the data rate was weak.