ZNAPS is a cheap magnetic adapter and connector combo for smartphones with micro USB or lightning ports that had a massively successfully Kickstarter campaign this summer, having raised over 3 millions dollar from around 70,000 backers who should receive their $9 adapter and connector in November. But in case you’ve missed the campaign and own a smartphone with a micro USB port, there’s a magnetic charging USB cable selling for $9.95 AUD (~$7.2) on eBay including shipping. 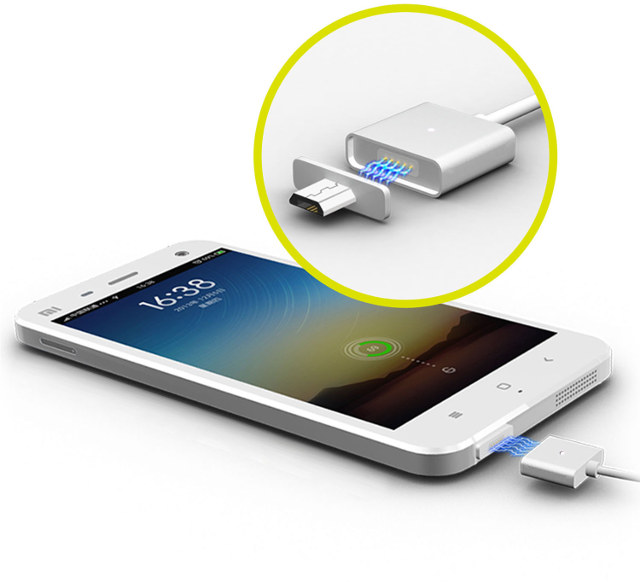 There’s no much to it, as you just insert a micro USB adapter into your device, and it magnetically connects with the USB cable to charge easily. I don’t personally find that gadget very useful, but based on the buzz generated by ZNAPS, many people do, as they probably like to convenience to connect your phone with the charger even when busy while driving a car, cooking, and so on. It also makes disconnection fast, and if you are in a hurry you can just take the phone, and the cable will detach easily. 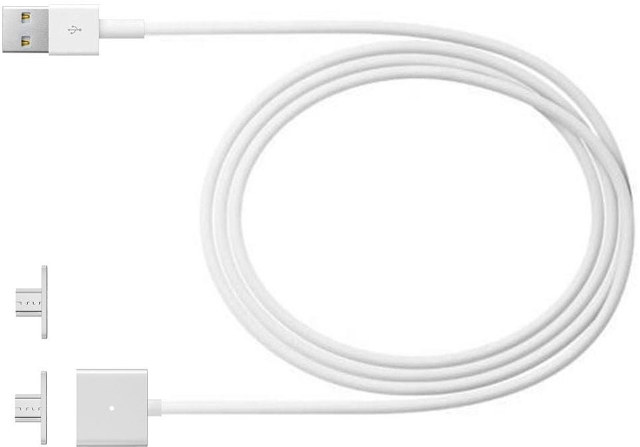 The kit on Ebay includes a one meter cable with an LED showing the charging status, and two micro USB magnetic adapters. It can handle up to 2.4A provided your charger delivers that current.

what should keep that cable from attaching in reverse polarity?

Maybe it is useful to extend the lifetime of the phone ? (since it is so easy to break the microUSB plug…)

@ade
That’s one of the advantages shown in ZNAPS Kickstarter video, but I’ve never manged to break a micro USB connector yet. If you pull the charging cable by accident, the phone may also fall with a standard micro USB cable, but with the magnetic one it will just detach.

Those are also available on aliexpress – the bese offer seems to be at about $12 for one cable and 2 micro-usb adapters.

The Kickstarter page says the cable is reversable.

@Anis
Great info – thanks 🙂
Someone I know rendered their phone useless by stressing the micro-USB, which is a single point of failure unless a phone has contacts for inductive charging, or very easily replaced batteries. So I think it’s good to have this option. (I think the Znaps micro-USB adapter format gives a bit more flexibility than this cable though. eg Suppose you want > 1m.)

Looks suspiciously similar to these cables that are already available from China:

i found this on indiegogo https://www.indiegogo.com/projects/zaptip-the-world-s-first-magnetic-super-charger#/
i’ts exactly the same , even the velcro that attache the cable is the same
the only difference is that they make an adapter for iPhone but in the video we seen only a 3d rendered one

I asked the eBay seller for lightning and USB type-C version, but they don’t have any.