After Light Biz OS,  Remix OS, and Console OS, here’s another Android distribution that aims at creating better desktop experience in Android. Phoenix OS works on some ARM platforms, namely Nexus 9 and Nexus 10, as well as 64-bit x86 processors and like the x86 version of of Remix OS is based on Android-x86 project. 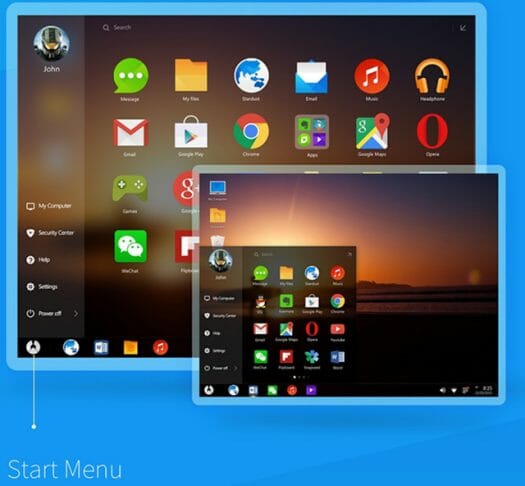 Just like other alternatives, it adds features usually found in Windows or Linux distributions such as a start menu, a task bar, multi-window support, notification handling via the taskbar, etc…

If you’d like to try it out in a computer with an Intel or AMD computer, you can follow the instructions below from a Windows machine:

Since I did not feel like running a Windows VM to do that, I investigated ways to do so in Linux, but sadly it did not find a way to create a bootable ISO image using the content of the zip file. 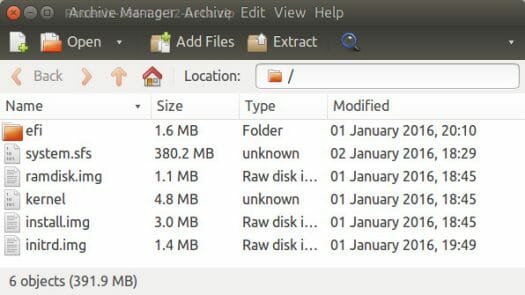 Android-x86 ISO file also has some extra files including isolinux directory, and I tried to merge it with Phoenix OS, and create an ISO file with Brasero, but no lock. Since Android-x86 is distributed with an ISO, and Phoenix OS is based on Android-x86 project, it should also be possible to create an ISO, but I have not found a way yet. Checking how Android-x86 source code should help. It’s worth noting that Phoenix OS source code does not seem available. 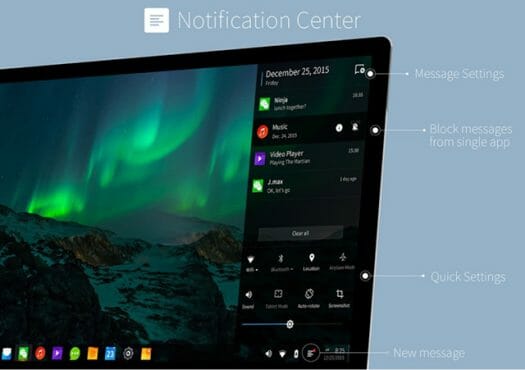 Nevertheless, Liliputing tried it on actual computers, and found it looked like very much like Remix OS, and uses persistent mode to save your data in the flash drive, so you don’t need to re-install apps or login to services again next time you boot your computer, or another one, with the flash drive.

You can visit Phoenix OS website for more information.

Two questions:
1. Is there any real advantage to using this android release over a vanilla android with a customize-able launcher?
2. The implementation of Phoenix, and RemixOS2 in more devices is always dependent on community/outside developers support? They cannot be installed as is, right? Since they’re still android.

That’s a major issue why almost ARM platform has been ported to use as headless server only.

@Oren E
On x86, just install the image on a USB stick, and it will work on systems with a 64-bit processor, except possibly for Bay Trail or Cherry Trail processor. See Android-x86 hardware list: http://www.android-x86.org/hardware-list

The firmware needs to be customized for ARM platforms.

@Iridiumsat
For Android that’s less of an issue, as working binary drivers are already available.

@Jean-Luc Aufranc (CNXSoft)
Could you explain why it (Android-x86 project) would not run on Bay Trail if we can run linux on it?

@@lex
There seems to always be issues with Linux on Bay Trail and Cherry Trail, but actually for Android it might work.
And after quickly Googling it seems Android-x86 might support Bay Trail, but not Cherry Trail: http://www.android-x86.net/index.php?topic=813.0

@Jean-Luc Aufranc (CNXSoft)
Booting this OS is actually really simple if your BIOS supports UEFI boot. Just copy files from zip archive to root of fat32 formatted usb pen drive, set your bios to boot from uefi and boot 🙂 You will probably have to navigate trough BIOS menu which efi file to boot (in my case \efi\boot\bootx64.efi)

Worked just fine with my HP ProBook G2 470. My guess is that even without uefi you can boot it by installing grub2 on your usb drive and configuring it.

@Stane1983
I had tried in VirtualBox only. Maybe I should try USB boot instead of trying to boot from a CDROM.

@Oren E
Exactly, why should one use android as desktop OS ?

“Since they’re still android” and will be android, so no one will expect Phoenix OS, RemixOS etc. as their desktop OS. Let say someone has a NVIDIA optimus laptop, will Phoenix OS support graphics switching ?
While some smartphones are already running GNU/Linux on them, Phoenix OS is trying to grab the desktop OS share.

They may be suitable as OS for large screen smart LED TVs.

@Oren E
Remix OS can be solo booted to a system and it runs pretty nicely.

can I instal linux on a windows PC