While there are way too many Amlogic S905 TV boxes to keep up, the number of TV sticks based on the processor is fairly low, and until today I had only heard about Guleek A8 a few months ago, but I can’t even see it for sale anywhere.Potential reason include people have released TV stick are not that convenient, or electronic design houses had issues to cool the thing down, as we’ve seen even some full-size TV boxes have issues with cooling. Nevertheless, Geniatech has designed their own Amlogic S905 TV stick called ATV195e with 1GB RAM, 8GB flash, and 802.11ac WiFi. 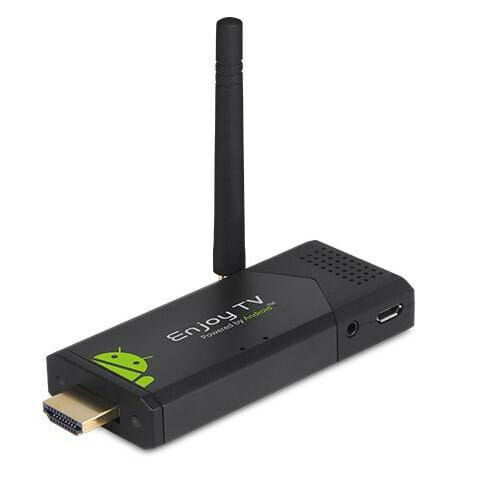 The stick runs Android 5.1, and ships with a USB Cable, a user’s manual, an IR extension cable, a remote control, and a power supply. 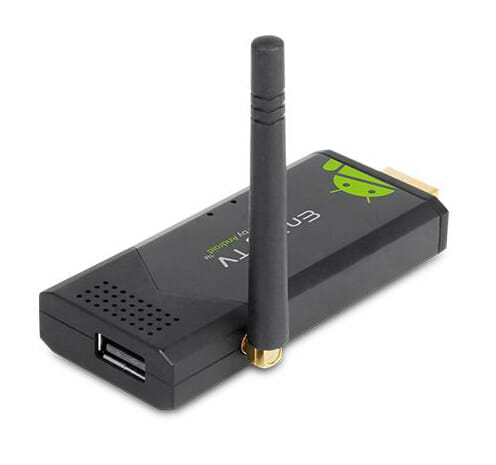 The TV stick is available now at least to distributors, but pricing has not been disclosed. You could also visit Geniatech ATV195e product page, but some of the information is currently conflicting especially in the “Specifications” section. On a related but different news, Geniatech also opened a European office in Germany after purchasing EyeTV business from  Elgato.

No Dolby and no DTS 🙁 Any DRM for high quality streaming on netflix and amazon?

@Gotan
Geniatech is a manufacturer so they can get you all that.
Now will the retail device support Dolby/DTS and/or DRM, I’m not sure…

And what is the reputation of the “Wintel” brand, quality-wise? Does anyone here know, generally speaking?

@Ron
I could try to request a sample, but I’d probably only review it in April or May… So I think I’ll skip this.

I don’t need faster processor pc stick I want that something can play all movie and audio formats including Dolby and no DTS otherwise it is just waste…..