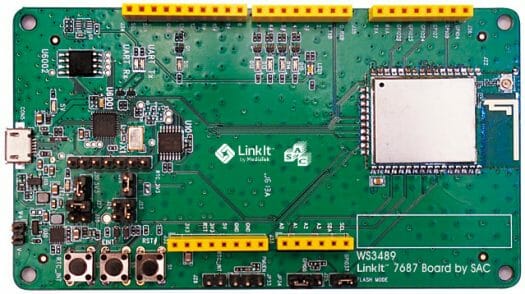 This is the first board for MediaTek LinkIt Development Platform for RTOS, which is said to provide “the convenience of a single toolset and common APIs implemented over a popular RTOS”, in this case, FreeRTOS with additional components such as TCP/IP, SSL/TLS, HTTP (client and server), SNTP, DHCP daemon, MQTT, XML and JSON. You can download MediaTek LinkIt SDK v3.0, compatible with Windows and Linux operating systems, to work on it. 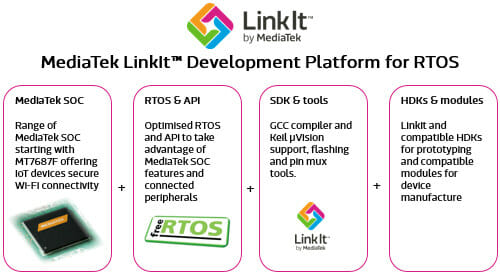 Documentation for the board, including datasheets, a user’s guide, and the hardware reference files, can be found on Hardware Development Kits for the MediaTek LinkIt Development Platform for RTOS page.

Mediatek IoT challenge for LinkIt 7687 with $20,000 in prizes -> http://www.mediatekiotchallenge.com/