Amlogic S905X is a low cost version of Amlogic S905 with a lower operating frequency, built-in stereo DAC, integrated Ethernet PHY, 4K VP9 and HDR10 & HLG support, and NEXBOX A5 TV box will be one of the first devices with the processor. 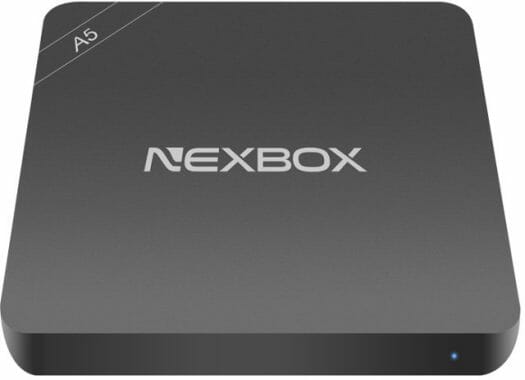 It took a lot of emails back and forth to get the specs somewhat right, as there were many conflicts in the specs I had been given and the website, so there may be some errors in some details. 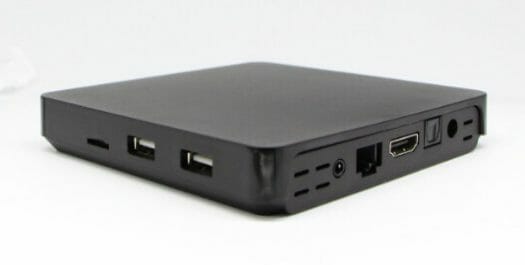 The TV box will run Android 6.0 Marshmallow like all Amlogic S905X and S912 based products, and ship with a power adapter, a remote control, a user’s manual, and a HDMI cable.

I have not been able to get a price for the device, but I’ve been told it would be available on April 30 likely to bulk buyers. The announcement also mentions NEXBOX A1 with Amlogic S912 processor, but there’s no ETA for that one.

Too good to be true.
Being first box that support HDR probably will be a junk.
But if I’m wrong I’ll definitely buy it.

Is there any chance that Android 6.0 will be an easy port to regular S905?

How does a lower freq make it a “lower cost version”? It seems to offer more than the S905.
Once you get more concrete information, could you do new Amlogic SoC comparison please.

@FatMatt
Maybe that’s because it integrates features like Ethernet PHY and audio code on-chip, so the board is less complex.
It could be that Amlogic S905X is a little more expensive than Amlogic S905, but still saves on total BoM cost.

I wonder if this revision (money saving) excludes the Dolby/DTS licenses that the S905-H included ?

@FatMatt
S905X is able to be mounted on 2 sided circuit board which is significantly less expensive to manufacture than the 4-layer board required by S905. It may be that the 2 sided circuit boards are less able to carry heat away from the SoC and allow less effective earthing and signal decoupling than 4-layer equivalent so that operation above 1.5 GHz is not supported.

@Curmudgeon
Above 1.5 GHz, it may be more difficult to satisfy the EMI/EMC requirements of FCC and CE when a 2 sided circuit board is used.

@FatMatt
There’s no technical advantage of internal 10/100 PHY… It’s disadvantage, especially if it doesn’t support external IC for ethernet (gigabit). This part is kind of confusing, on some specs it’s only 10/100 internal, on other ones is external rgmii too..

O and yes, someone asked. Marshmallow runs on 905 just fine. But it’s hardly to believe that ODMs are going to push 6.0 on existing 905 devices.

@FatMatt
@Stane1983
If there’s a 10/100M PHY inside the processor you don’t need an Ethernet transceiver on the board, only the magnetics. So it decreases costs.
The 10/100/1000 RGMII in the chip still allows you to design a board with Gigabit but your need Gigabit Transceiver (e.g. RTL8211E) and magnetics to achieve that.

Sounds somewhat ridiculous that the device is supposed to support HD video, but it doesn’t have gigabit ethernet or dual band Wi-Fi / 802.11ac .

@MurMur I’ve always read that a proper (full bandwidth) 10/100M is more than capable of HD video, not sure about 4K. But unfortunately ethernet interfaces on media boxes never seem to be fully capable of what the spec allows. cost cutting parts probably..?

How can be available on APR 30th when Amlogic is just begining to provide S905X samples right now?

Also there is not 2-layers reference board yet… just 4-layer right now.

Maybe they can build a sample, but there are not S905X for production.

They just told me they have a 4-layer PCB, and showed me part of a document about S905X reading “The quad core ARM Cortex A53 CPU can be overdriven to 2 GHz”.

4 layers is ok, that is what available for now. I am going to send you a document, check your email ;-D

INPHIC : How can be available on APR 30th when Amlogic is just begining to provide S905X samples right now? Also there is not 2-layers reference board yet… just 4-layer right now. And the SDK… Maybe they can build a sample, but there are not S905X for production. I think they want to rush to market before other companies even if their tv box has faulty hardware and software. But I don’t agree with their approach for users to be beta testers. If you read posts on freaktab forum lots of people complain about their tv boxes having no firmware… Read more »

@TheLegendOfMart
There is already a box with S905 MM. http://www.dotsmart.ro/landing.html

not that quickly , now s905x chipset even not released from amlogic yet

S905X production is on development stage. IT means, there are just some few samples. Here you can see one in my hand: http://freaktab.com/forum/tv-player-support/amlogic-based-tv-players/s905/inphic/568208-amlogic-s905x-inphic-spot-i7-pro-a-product-development-story?p=568605#post568605

That is a photoshopped MXQ (with ENY name on it)

Here is our SPOT i7 PRO testing board:

Includes a fan connector (it can be controlled by a GPIO port), RGB LEDs (do you wanna play with notifications?), pins to expand storage by external memory and designed to comply with a real CE certification.

@INPHIC
Lol, I only focused on S905X-H processor. I did not check the silkscreen, and it’s so clearly fake.

Nice board you have here. Where are the pins to expand storage by external memory?

On the bottom side of the board, near RAM, you can see two lines of welding points. It can not be populated, so it will be there just for developers, geeks… as well as a connector (near UART connector) to connect a fan (or any other thing if someone wants to play with GPIO ports).