There are many current and upcoming long range low power wireless protocols for the IoT, but this morning I learned that South Korea launched a LoRa network (aka LoRaWAN), after another launch in the Netherlands earlier this year. While there are also some LoRa hobbyist kits such as LoraONE and LoPy being worked on, I decided to look on Aliexpress, but only got two products were listed: a LoRaWAN temperature and humidity sensor, and a LoraWAN USB modem. Both of them are made by a company called RisingHF. 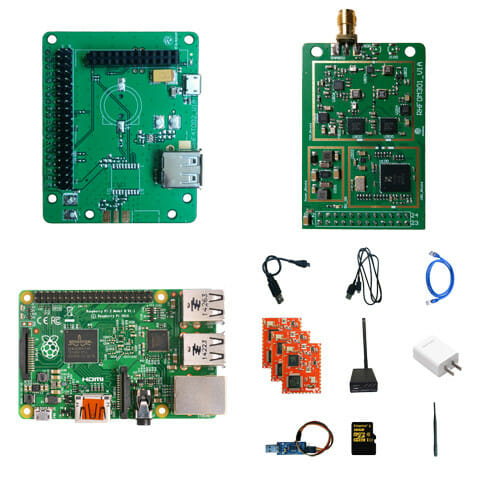 Among the products offered by the company, there’s a potentially interesting development kit called RisingHF IoT Discovery with the following components: 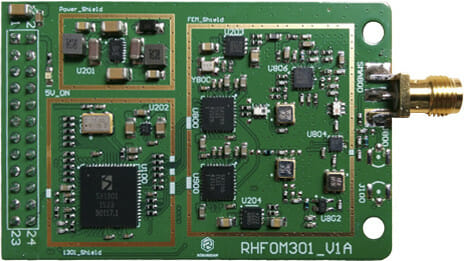 So that’s looks like a complete kit to get started with LoRaWAN using the Raspberry Pi boards, and several RF modules powered by Semtech solutions as most competitors do. The main downsides right now are that it does not seem available for sale (even in China), and the Wiki is password protected. The company website also points to OpenLORA and LPWAN IoT technology forums, where it might eventually be possible to get support about the kit, and other IoT products. Some minimal information can be found in the setup guide.

I’m expecting more information on RisingHF IoT Discovery page, and the opening of the Wiki once the product is launched. [Update: The kit is sold for $385 US (FOB Shenzhen). Sadly, the company only opens the Wiki to people who purchase the kit]

It is surprising how much adoption lora is getting.

@Deets
Things seems to be going well for LoRa. Why is it surprising? Are other alternative better solutions in practice?

I got an answer from the company:

The price is USD385/set with FOB Shenzhen, attached is the product brief for your ref.

We will register you into the wiki if you buy our products. Thank you!

@Jean-Luc Aufranc (CNXSoft)
Just unexpected to see so much support for a proprietary standard by a single silicon vendor which has small data rates, potential capacity issues if widely adopted, and isn’t dirt cheap. The narrowband market is the alternative, but it seems more fragmented.

@Deets
The narrowband market seems to be focusing around Sigfox which provides seamless coverage in 21 countries already.

In terms of market offering it’s LoRaWAN that actually seems too fragmented, each country, even each city seems to be getting it’s separate network and there are already 100s to pick from, some commercial, some free. Good luck creating a product around that technology to do something a useful, easily, for end users across the world.

Link Labs has a LoRa gateway board too, with built in GPS and no need for adaptor board, it is raspberry pi HAT compatible
http://store.link-labs.com/collections/development-kits/products/lorawan-raspberry-pi-board?variant=14008326151

Lora is mostly a patented “standard” with one vendor, and Semtek is becoming the Microsoft of IOT.

@Nestor Ayuso
For a LoRaWAN gateway have a look at https://shop.thethingsnetwork.com/index.php/product/the-things-gateway/

It’s hard to beat the value – it’s a full LoRaWAN gateway with everything you need Antenna, WiFi, and even has nice extras like Bluetooth on top – ready to connect out of the box (and shipping soon) and join (optionally of course) the Things Network which is, even before the official launch, probably the biggest free LoRa network.

@JM
Yes there is sigfox if you want a fee-based network provider, but nb-iot seems like it will have more support in that role. But if you want to manage your own network or use a public or shared network lorawan is designed to let you pair end nodes to any network. Though that is what could lead to capacity/density issues. So it would be nice to have an open narrowband solution with hundreds of available channels to run private networks on in unlicensed bands and supported by multiple groups and vendors.