Arduino LLC has just launched its very first Kickstater campaign with ESLOV IoT Invention Kit combines a WiFI board and modules, a visual code editor, and Arduino Cloud. The goal of the project is to let people connect devices to the cloud without needing any programming skills, although the Arduino IDE can still be used for more advanced users. 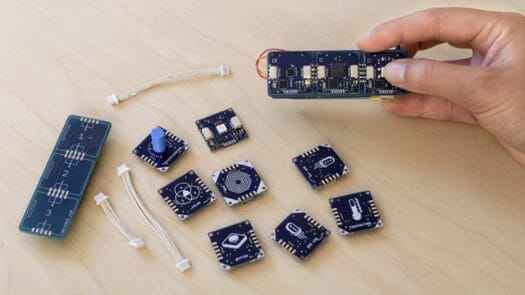 The brain of the project is ESLOV Wireless & Motion Hub:

The ESLOV hub would then connect to tiny (2.5 x 2.5cm) ESLOV modules based on Atmega ATmega328P MCU, and communicating through the ESLOV protocol. 25 different modules will be provided at first with sensors, motor controller, OLED displays, buttons, LEDs, and so on. 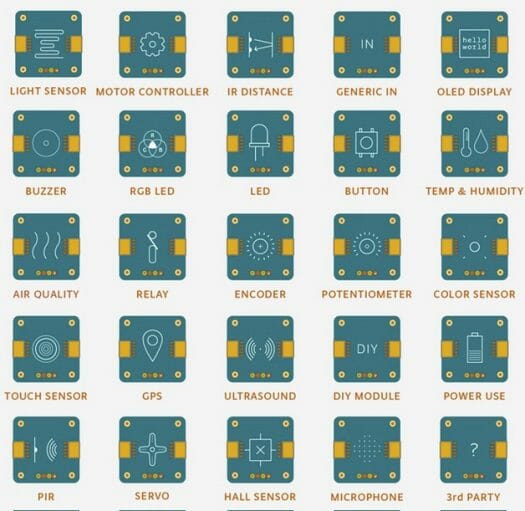 The net step is to decided which ESLOV modules you need, and connect them to the Wireless hub and other ESLOV modules for your project, and start ESLOV visual code editor to virtually connect them, and define actions. 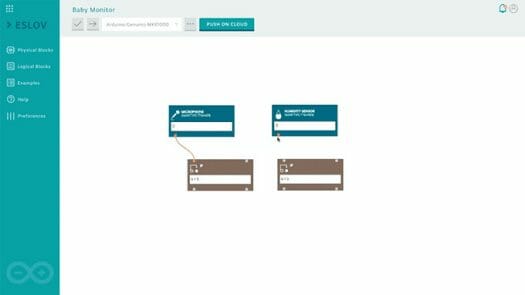 Finally, you’ll be able to control everything using Arduino Cloud from a web interface, or a mobile app. 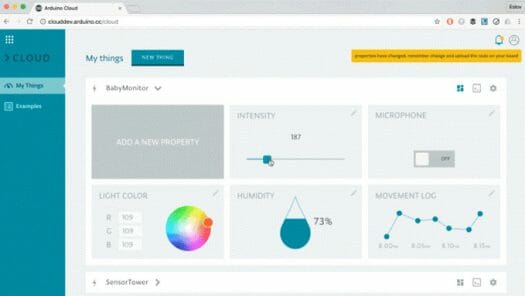 Potential projects include a washing machine notifier, a light theremin, a baby monitor, a seismic monitor, a smart thermostat, an irrigation system and so on. As usual for Arduino project, both hardware and software will be fully open sourced.

Arduino is trying to raise $500,000 for the project, with pledges starting at $55 for the Wireless and Motion hub, $99 for the hub with 3 modules of your choice, $499 with hub + 21 modules, and up to $4900 if you want access to Arduino development team beside multiple  hubs and modules to develop your own Arduino certified module. If you feel it’s rather expensive, you may not be the only one, as the campaign has just raised about $28,000 in the first two days.

I think that the price is far below my possibilities. It should be cheap as open source idea – but now i look like a quick way to get a lot of money.

@Szymon
above not below lol

For a moment, I thought @Szymon must be very very rich 🙂

Which WiFi/Bluetooth is it using? ATWINC3000? Interesting that you get better specs in a $5 amazon dash button.

That’s not the “Real” Arduino company. Arduino LLC is the greedy U.S. based spin-off. Don’t buy it.

The fact that the Kickstarter is in Swedish Krona really underscores how confusing this whole ordeal is.

But anyway, yeah. It’s a neat concept, but a difficult sell. The Arduino brand is synonymous with the more technical community of makers. And they’re basically offering a dumbed down more expensive product. *shrug*

@Drone
Arduino LLC is founded by the original creators of Arduino, including Massimo. How is that a “spin-off”?
If anything, Arduino SRL are the impostors. They simply manufactured the boards and quietly registered the trademark in Italy. They started the whole split, trying to claim something they didn’t create.

And now the two Arduino companies have settled their differences:
https://blog.arduino.cc/2016/10/01/two-arduinos-become-one-2/