Dragino Technology, a Shenzhen based startup focusing on the Internet of Things, had already designed LoRa shields & Hats for Arduino & Raspberry Pi boards which can be useful for LoRa nodes, but the company has now launched Dragino OLG01 LoRa gateway running OpenWrt that communicates with nodes over LoRa, and to the cloud using WiFi, Ethernet, or 3G/4G. 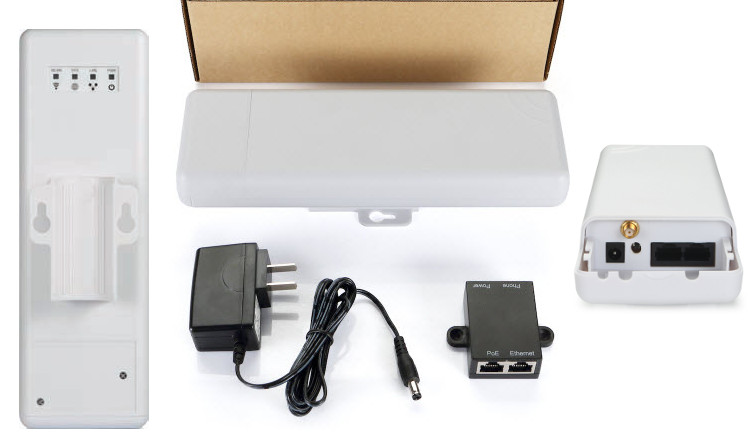 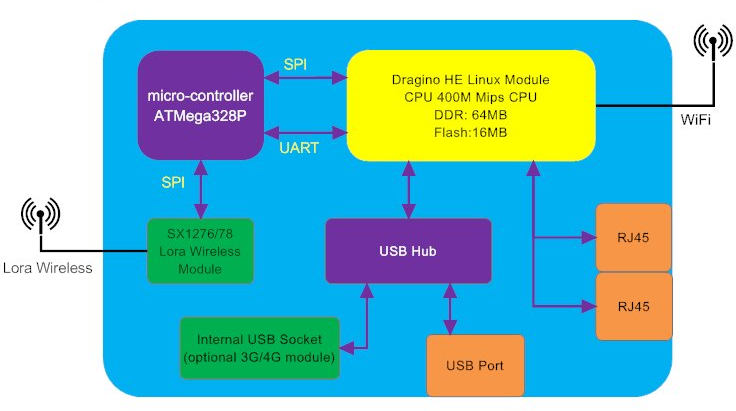 Three models are offered with 433, 868, or 915 MHz frequencies: OLG01 433, OLG01 868, and OLG01 915. The weatherproof gateway is designed to be wall mounted, and ships with a 12V power supply, and a PoE injector. OLG01 runs OpenWrt, and documentation can be found on Dragino Wiki, source code on Dragino Github account. The gateways supports auto-provisioning, network firmware update, includes a web server and management UI. The Atmel MCU can be programmed using the Arduino IDE. Note that most of the documentation refers to LG01 instead of OLG01, but both gateways appears to be based upon the same hardware, except OLG01 is weather-proof, and suitable for outdoor use.

You’ll also find some more information on the product page, including a datasheet and a detailed user manual. Dragino OLG01 can be purchased for $70 on Tindie. If you don’t need PoE, nor a weatherproof case, LG01 gateway will be cheaper at $56.

Thanks to Elia for the tip

@Deets
@JM
So if I understand correctly SX1276/78 transceiver can only handle one transmission at a time, so nodes would have to talk in turn to the gateway, while SX1308 can handle 49 LoRa connections at the same time.

@Jean-Luc Aufranc (CNXSoft) Not just about number of connections, but the SX1276 can only listen on one frequency and one spreading factor at a time, nodes need to be aware and fixed to this setting which isn’t how real LoRaWAN works. Real LoRaWAN gateways with SX1301/SX1308 can listen on 8 LoRa frequencies (i.e. all bands for EU and much of Asia) and multiple spreading factors at the same time. Nodes can choose what’s most optimal for them. That’s why the LoRa alliance does not consider these hacks to be gateways, and it’s dishonest of Dragino to label them as such.… Read more »

They do call it a single channel lora gateway as opposed to a lorawan gateway. There are some hacks to get multiple SF on a single channel gateway with a few tradeoffs. But sx1308 gateway should not be much more expensive.

I can see SX1308 is pretty new, and Semtech has a reference design (for indoor use?): http://www.semtech.com/Press-Releases/2016/Semtech-LoRa-Picocell-Gateway-Platform-Brings-Smart-IoT-Applications-to-Homes-and-Small-Businesses.html
They do say gateways based on this design should cost less than $100, but be cheaper than SX1301. Since it’s new it’s hard to find SX1308 gateways right now.

There’s also an interesting discussion on The Things Networks site about SX1308: https://www.thethingsnetwork.org/forum/t/sx1308-gw-platform-for-less-that-100/4309/27 , but JM must already know about that one…

Comes up on a internet search, sx1301 semtech, no idea on price.

@Deets
They say it’s single channel in the description, but the product name is “OLG01 LoRa Gateway”, which OK fair enough it’s true and they don’t call it LoRaWAN gateway, but really they don’t do a lot in pointing out the diference…

To be honest my comment is also because it’s not the first time they do this, Dragino still have an Instructable up promoting their shields titled “Use Lora shield and RPi to build a LoRaWAN gateway” which in fact it’s not, it’s just something like this and is still confusing a lot of new users.

Had this outdoor ‘gateway’ delivered today just for a test. Wasn’t expecting much but the build quality is really shocking, holes clearly drilled on plastic with a drill, unclean and unfinished. Amateur stuff.

Also came with an antenna that doesn’t fit it, I think it was for their other gateway.

Finally and worse of all there is _no way_ this can last outdoors. There is no waterproofing. False advertising from Dragino.