Arduino boards were first used by hobbyists, educators and their students, but in recent year more and more professional engineers have started to build prototypes with Arduino boards before moving to the design of the final product. Arduino Srl went further by designing an industrial grade board,  namely Arduino Industrial 101, combining an Atmel AVR for real-time I/O control, and a Qualcomm Atheros AR9331 for WiFi connectivity. 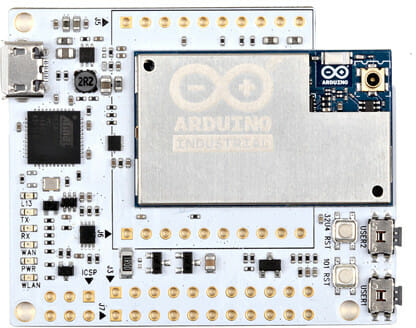 The board is completely unrelated to the Intel Curie based Arduino 101 produced by Arduino LLC, which may lead to confusion.

The Atheros processor run LininoOS based on OpenWrt. The board can be setup like another OpenWrt router, and the Atmel processor programmed using the Arduino IDE. Documentation can be found on Arduino Labs.

Arduino Industrial 101 is available now for $38 to $55 from distributors such as RS Components, or SwitchScience.

Via Electronics Weekly and Nanik