Kudrone is a palm-sized drone equipped with a 4K camera that can follow you around for up to 8 minutes thanks to its 650 mAh battery by tracking your smartphone location via GPS. You can also take matters on your own hands by piloting the drone with your smartphone. 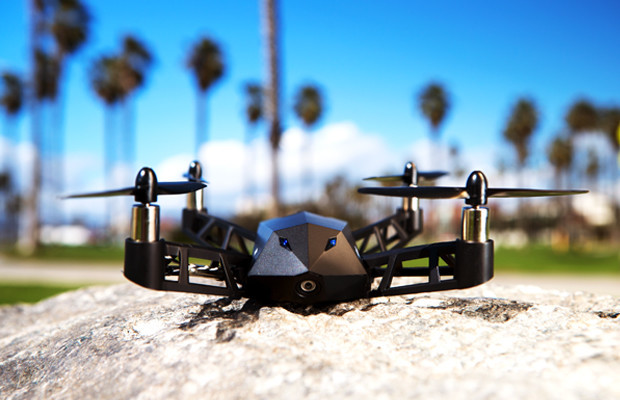 The drone also includes various sensors such as an accelerometer, a gyroscope, a magnetic compass, a sonar, and a vision positioning sensor enabling features such as auto hovering. Some of the specifications include:

It’s a little odd that it records 4K videos, but image resolution is limited to 3280×2464, so there may be some extrapolation here and the video quality is unlikely to match what most people would consider “4K”. You can see a video shot with drone – but apparently not while flying – here, and it is limited to 1080p60 on YouTube.

Kudrone Team  provided a comparison pitting their drone against some other cheap nano drones, and some higher end drones by DJI and Parrot. 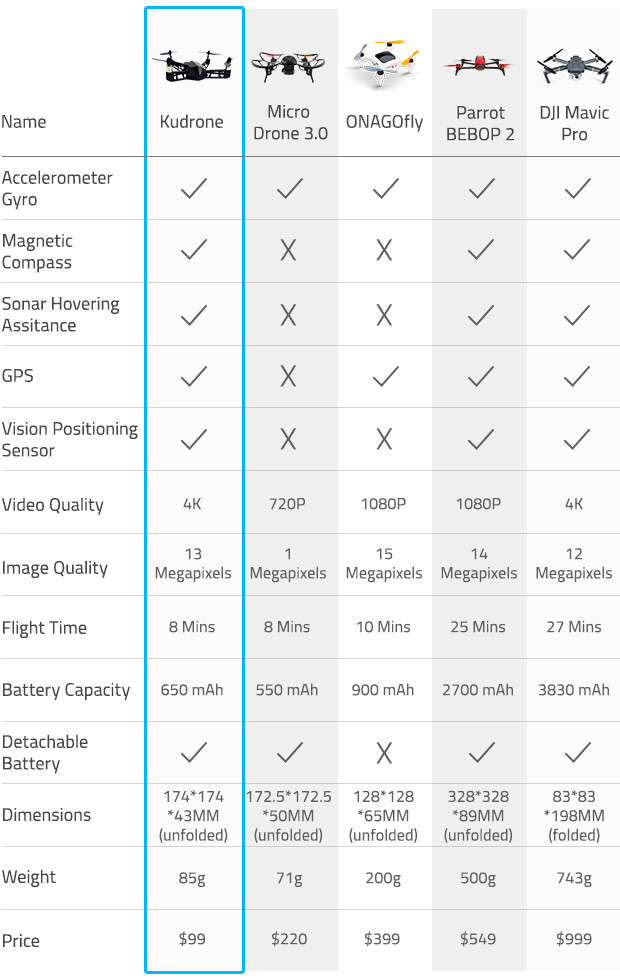 iPhone or Android mobile apps will allow you to control the drone, enable/disable features, and sync your photos and videos with your  smartphone. The preview is shown at 720p with a 160 ms delay. 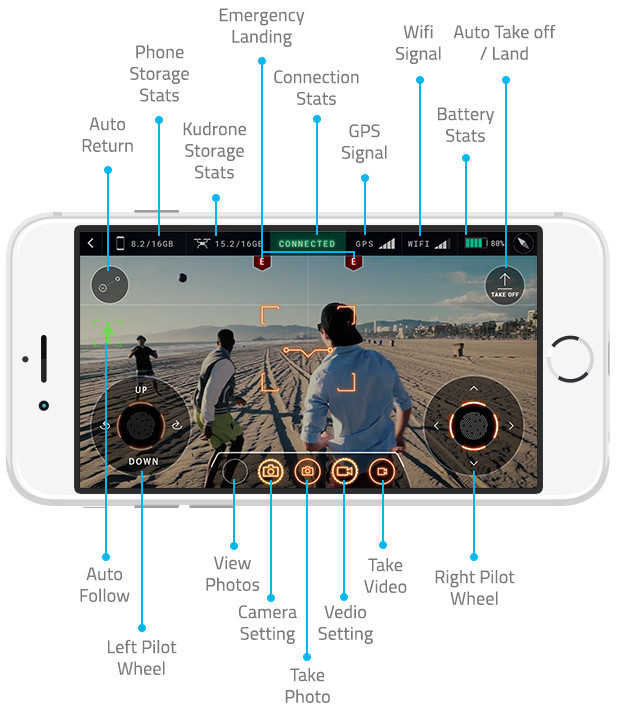 The drone launched on Indiegogo several days ago, and has been pretty popular having raised close to $700,000 with 21 days to go. All very early bird rewards at $99 are gone, but you could still get the drone for $109 with two propeller sets, a charger, a 16GB micro SD card, two batteries, and a pair of propeller protector. Shipping adds $9 to the US or China, and $25 to the other countries I checked. Delivery is scheduled for July 2017. The drone is made by a company called Fujian Ruiven Technology, and Kudrone is not their first drone. However, you may want to check out the update section on Indiegogo to see pictures and video samples, as well as videos of the drone in action to get a better idea of the drone current capabilities.

GPS has an update rate of 1 sample per second and an error of a dozen meters, while the drone has 480 seconds of flight time and the range of wifi communication is also a few dozen meters. Even the GUI is crap. 17 years into the 21st century people still don’t understand the importance of making frequently used buttons BIG (e.g. take photo and take video) and reserve golden real estate for them, and less frequently ones small and put them where people don’t care. Try it, look into the guys head, use your right thumb to control the… Read more »

Looks like BOM is in $60 range. This project may be real.

@Jon Smirl
It think it’s real, but it might not do as well as shown in the promo video on Indiegogo (not included in my article).
Few people would be satisfied with 4K 15 fps videos, so it’s really 1080p60 then.

Kydrone has just posted a video of 2.7K at 30 fps, which looks a lot better than I’d expect.
Like all their videos so far it’s hard to tell what they’re showing since audio is disabled and comments are disabled and there’s little description.
I think it’s just a camera test, not taken with a hovering drone. But the image quality is pretty acceptable.
https://youtu.be/8VDdlN3mLxw