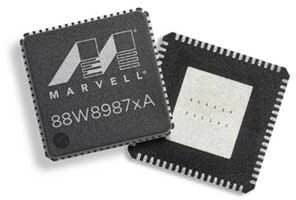 The first time I read the SoC supported 802.11p, I though it might be a typo, but it’s just another WiFi standard specifically designed for automotive applications operating in the 5.9GHz range as explained on Wikipedia:

IEEE 802.11p is an approved amendment to the IEEE 802.11 standard to add wireless access in vehicular environments (WAVE), a vehicular communication system. It defines enhancements to 802.11 (the basis of products marketed as Wi-Fi) required to support Intelligent Transportation Systems (ITS) applications. This includes data exchange between high-speed vehicles and between the vehicles and the roadside infrastructure, so called V2X communication, in the licensed ITS band of 5.9 GHz (5.85-5.925 GHz). IEEE 1609 is a higher layer standard based on the IEEE 802.11p.[1] It is also the base of a European standard for vehicular communication known as ETSI ITS-G5.